In her new memoir, “Both/And,” Hillary Clinton’s longtime aide opens up about her ex-husband, the 2016 election and more. 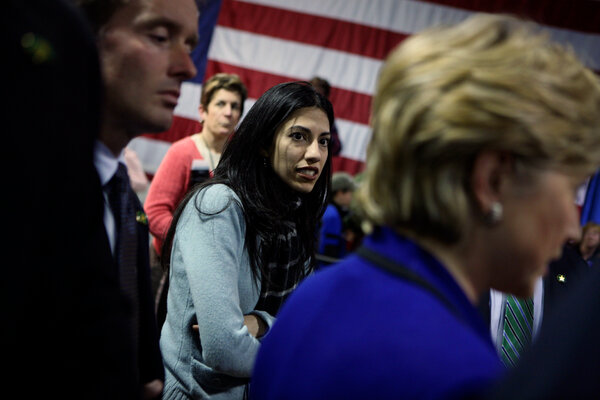 Toward the end of her new memoir, “Both/And: A Life in Many Worlds,” Huma Abedin recalls what she said to her estranged husband, the former Democratic Representative Anthony Weiner, when the F.B.I. seized his laptop less than two weeks before the 2016 presidential election.

“‘Anthony,’ I said, wanting to shake him through the phone, ‘if she loses this election, it will be because of you and me,’” she writes.

The “she” was Hillary Clinton, and Abedin had worked for her when she was the first lady, a senator, the secretary of state, a contender for the Democratic presidential ticket and finally the Democratic nominee. As Clinton neared the end of her presidential run, however, Abedin’s marriage imploded. In a series of catastrophes befitting a Greek tragedy, her husband’s illicit text messages to a 15-year-old girl sparked an inquiry that led the F.B.I. director James Comey to reopen an investigation into Clinton’s emails.

Abedin had been harmed by Weiner’s behavior before. But this time, looking back on the humiliating collision of her personal and professional lives, Abedin writes, “This man was going to ruin me, and now he was going to jeopardize HRC’s chances of winning the presidency, which would leave our country in the hands of someone dangerously unfit for office.”

“Both/And” comes out on Tuesday. Here are seven takeaways from the book.

Abedin arrived in ‘Hillaryland’ during a marital low for the Clintons.

On Aug. 17, 1998, the same day former president Bill Clinton denied his relationship with Monica Lewinsky before a grand jury, Abedin entered the White House residence for the first time.

“Looking back, I can almost mark the milestones of my professional development alongside the breaking news developments in the Starr investigation,” she writes. Abedin recalls Hillary Clinton appearing to be “a little tired looking” but “otherwise seemingly unperturbed by the testimony happening simultaneously two floors below.”

An unnamed senator forced himself on Abedin.

When Clinton was in her first term as a Democratic senator from New York, a male senator invited Abedin over for coffee. “Once inside, he told me to make myself comfortable on the couch. I watched him take off his blazer and roll up his white shirt sleeves,” she writes. “It was like any other day on the Hill.”