A Comic Novel, a Mystery, a Love Story, a Melodrama — All About Words

THE LIAR’S DICTIONARY
By Eley Williams

You wouldn’t expect a comic novel about a dictionary to be a thriller too, but this one is. In fact, Eley Williams’s hilarious new book, “The Liar’s Dictionary,” is also a mystery, love story (two of them) and cliffhanging melodrama.

The twin protagonists are separated by more than a century. Mallory and Peter work at Swansby House in London, home of Swansby’s New Encyclopaedic Dictionary, she in the present and he in 1899. What gradually weaves their alternating stories together is the curious power of words, both real and imagined. 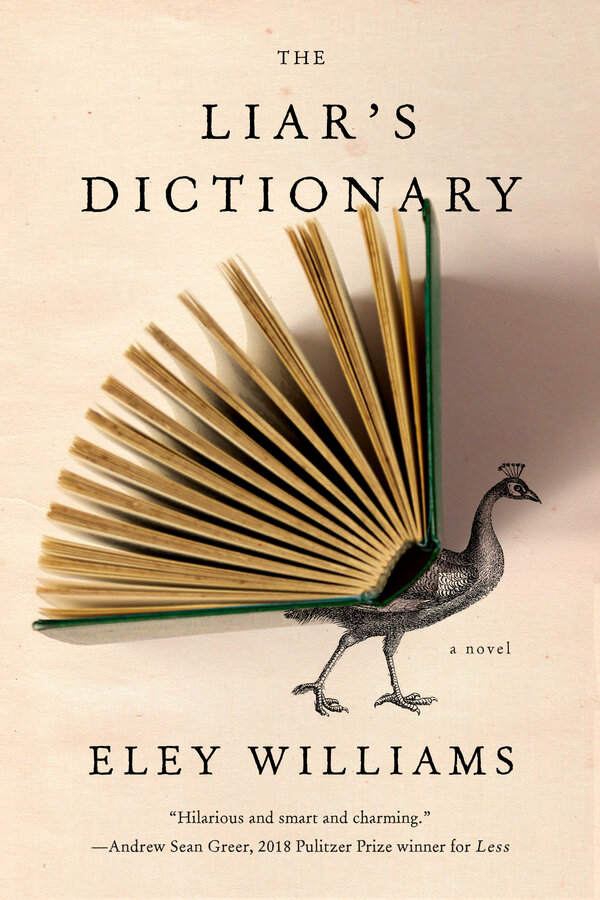 As the novel opens, Mallory is the company’s only remaining employee, a bored intern whose sole task is to answer the phone. It’s not much of a job, since the phone rings just once a day (with a cryptic bomb threat). She passes her time reading the dictionary, a dusty behemoth that for all practical purposes is dead. Work on it was abandoned around World War I, far short of the letter Z, and it exists only in an incomplete nine-volume edition published in the 1930s. The company is kept alive by the persistence of its owner and editor in chief, David Swansby, who rents out most of the elegant Queen Anne building for events.

Meanwhile, back in the 19th century, Peter is also numbingly bored at Swansby’s, where he’s one of more than 100 lexicographers toiling at what he considers “a pointless census of language.” But he has a couple of secret amusements. One is a fake lisp, which he cultivates for sympathy (it got him his job). The other is a furtive talent for making up words, like “abantina (n.),” defined as “fickleness,” and “agrupt (adj.),” about the “irritation caused by having a denouement ruined.” They’re his “secret, silly words,” his “cuckoos-in-the-nest.”

The cuckoos have now come home to roost. David Swansby, who wants to update and digitize the dictionary, discovers two fake entries and asks Mallory to root out any others. Before long, she’s amassed piles of suspicious-looking blue index cards from the company’s archives, written in a similar hand. Fascinated, she tries to imagine the author of these “small sweet observations, inconsequentialisms.” Should she expose them, or let sleeping dogs lie? (Interpret “lie” however you wish.)

Williams, a British writer who is also the author of the story collection “Attrib.,” ingeniously links these parallel narratives. Peter wakes one morning with a pounding head after a night of drinking and wonders why there’s no word for his condition. Later, Mallory reflects on the many modern words that never made it into Swansby’s, like the bibulous sense of “hangover.”

Their love lives are ambivalent, each in its own way. Peter, who’s excruciatingly shy, is smitten by a colleague’s fiancée. Mallory is gay though not quite out, while her lover, Pip, is “out-and-out out.” When Mallory ruminates on all the words we don’t have — like one for the kindness of people who try to free trapped insects — Pip asks, “What about a word for not being out?” (Peter, in the meantime, struggles to release a moth from his railway carriage.)