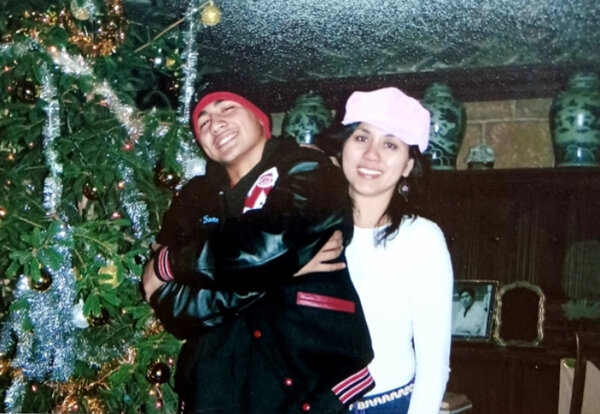 Albert Samaha’s memoir, “Concepcion: An Immigrant Family’s Fortunes,” stirred middle school memories of my immigrant friend André. André was a short, dark, pugnacious kid who, after breaking my nose on a basketball court, introduced me to the martial art of Filipino cussing. Like a Pinoy Prospero shipwrecked on San Francisco shores by the violent undulations of global history, André taught me to curse like Caliban, combining “putang,” a variation on the Spanish word for prostitute, with “ina mo,” a Tagalog phrase for “your mother” that jingled in my adolescent ears like the English “eenie meenie miney mo.”

Though we shared Spanish words and working-class roots, André and I had no clue how our family stories echoed the ebb and tide of empires, ancient and modern. Different factors — the profitable tropicalization of our experiences by the media, the daunting challenges of tying imperial forces to personal history, the fear and shame that self-censor us into silence about difficult truths in our families — prevent many a diasporic writer from telling these urgently needed stories. Last year, in her prizewinning essay collection “Minor Feelings,” Cathy Park Hong decried this gap in literature, noting, for example, how Asian American family stories too often “set trauma in a distant mother country or within an insular Asian family to ensure that their pain is not a reproof against American imperial geopolitics or domestic racism.” The “outlying forces that cause their pain,” Park wrote, “are remote enough to allow everyone, including the reader, off the hook.”

“Concepcion” puts us forcefully and unapologetically on the hook of U.S. imperial history and its role in shaping Filipino and American identity — and never lets us off. Samaha, a former defensive back at the University of San Diego raised by a Filipino mother, makes his offensive posture clear early on: “For generations, my ancestors navigated the wakes of distant empires, adapting to distant whims, imprinted with the knowledge that their homeland served the needs of distant people, stuck on the wrong side of the colonized world until America invited us in. It seemed intuitive to me that as outsiders we had to pay an entry fee, prove ourselves worthy additions to the empire, deserving the comforts it boasted.”

Taking us far from the boorish anti-imperialist cursing of a schoolyard Caliban, “Concepcion” tells a sophisticated tale. Samaha, a journalist who now works as the inequality editor at BuzzFeed, combines meticulous research into the epic of Spanish, U.S. and other great powers’ colonization of the Philippines with the more intimate story of his mother’s family, the Concepcions, with whom he grew up in the San Francisco Bay Area.

To construct the grand narrative canal connecting the sea of global history to the river of family history, Samaha adopts a nonlinear approach, moving back and forth across time and space in each chapter. In one, for example, a retelling of Ferdinand Magellan’s fateful “discovery” of the Philippine archipelago in 1521 flows into the contemporary migration story of his uncle Spanky. Spanky, Samaha tells us, was a popular “rock star” who entertained both adoring fans and the U.S.-backed dictator Ferdinand Marcos, who ruled over them in Manila, before migrating to join his family in California, where he worked as a baggage handler at the San Francisco airport.

The account of Spanky’s dive from fame and fortune to a déclassé life as an airport worker is one of several such tales in Samaha’s book, object lessons about the “height of the climb and the length of the fall” for the once-elite Concepcion family, as they pursue the American dream — a concept, he notes, that may be “outdated” but nevertheless endures.

At the bighearted center of “Concepcion” is Samaha’s desire “to honor my elders who built the foundation I was born onto, and to offer an account of their journeys for the historical record.” Here he succeeds ably, putting a human face and history on a huge, but mostly faceless community largely left out of the Asian American canon and U.S. literature generally.

Samaha’s remedy to the endemic erasure of the Filipino diaspora — the fourth-largest in the United States, he reminds us — involves recounting fascinating stories, like that of his great-aunt Caridad, a student who became a spy for the Allies in Manila during World War II. In one especially poignant episode reflecting the deep roots of the anti-imperialist struggle in the Philippines, a Japanese soldier threatens to swipe at Caridad’s head with his sword because he suspects her of collecting information about the American P.O.W.s to whom she is delivering food (as well as, secretly, letters, medicine and updates on the state of the war). “Caridad kept cool,” Samaha tells us, because “she had imagined this moment, prepared for it as keenly as she studied for exams or brushed her loose curls before dances. For centuries her ancestors had dealt with colonizers, studied their desires and prejudices, and learned survival tactics they passed on through generations.”

“Concepcion” also raises the galling legacy of empire that has moved some of our relatives to gush over and vote for a strongman like Donald Trump, despite his poisonous racism. Samaha portrays the complicated nature of his mother Lucy’s Trumpismo in scenes between the two that open and conclude the book. Lucy raised Samaha alone while working at numerous jobs to pursue her version of the American dream: “the best education I can give to my son.” Samaha clearly loves his deeply religious mother, but frequently runs up against her “impenetrable fortress of circular logic” in some of the book’s most compelling episodes. “Concepcion” invites us into the family’s living room conversation in the industrial suburb of Vallejo. In the process, we become privy to the manner in which two separate but linked political phenomena — the colonial history of the Philippines and the resurgence of the radical right in the United States — act as a vise grip on the hearts and minds of our relatives who support extremists like Trump. A similar logic, we’re told, leads other family members to join Samaha’s uncle Pepo in supporting Rodrigo Duterte, the famously brutal Philippine dictator who once told soldiers to shoot female rebels “in the vagina.”

“Concepcion” is at its best when it shares the lessons Filipinos have to teach those of us grappling with life in a kingdom of the north whose growing divisions between rich and poor, and politics of extremism, increasingly resemble those it fostered and still supports in the global south.

In places, Samaha’s passion for history on an epic scale overwhelms his more intimate family story, slowing his narrative and diluting its emotional heft. His book left me wanting more of the dramatic yet homey scenes featuring him and his mother, and more of the very physical but politically subtle storytelling that characterizes other recent narratives of Filipino American experience, including Grace Talusan’s memoir “The Body Papers” and Elaine Castillo’s novel “America Is Not the Heart.” In “Concepcion,” summary sometimes occupies the spaces where scenes and dialogue might have been more elucidating. In the parts of the book where Samaha does deploy these tools, the important issues he explores — migration, racism, colonialism, identity — burrow into us, making vivid the contradictions that define us.

Samaha is to be admired for taking on the exceptionally difficult task of navigating the abyss of imperial history in order to make clear its invisible but destiny-altering pull on all of us. “Concepcion” does for readers what André did for me, teaching us to curse at empire but with the one-two punch of epic and intimate history.