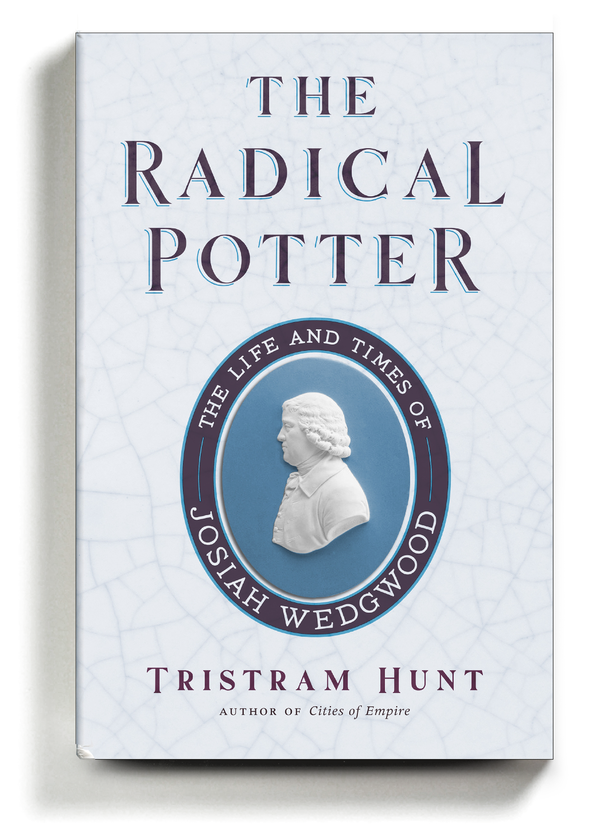 During this pandemic, the upper-middle class went bonkers over pots. They clanged them nightly on the street in homage to health care workers, and as soon as they were loosed from quarantine they marched into studios like eager kindergartners to create their own ceramics. Perhaps these hobbyists whose uneven, sometimes Seussian efforts fill Instagram “shelfies” — Seth Rogen, I’m talking to you — could find #inspo in a new biography of the 18th-century potter Josiah Wedgwood. It encourages the rest of us to look at our crockery more critically.

Josiah Wedg-wha? one might ask — and understandably, because the brand once synonymous with fine china has in the 21st century lost much of its luster. Indeed so has “fine china” generally, with most young moderns now preferring rough-hewed mismatches they can fling in the dishwasher to elaborate sets. And production of the veddy English Wedgwood, which used to occur in Stoke-on-Trent, Staffordshire, is now largely outsourced to Asia, the very continent it was founded to compete with.

Globalization and its discontents obviously trouble Tristram Hunt, author of “The Radical Potter.” Hunt, a historian and the director of the Victoria and Albert Museum, has also written a biography of Friedrich Engels. As a member of Parliament for Stoke-on-Trent, he lobbied hard for preservation efforts at this former industry hub, a once-magical L. Frank Baum-ish place of rolling hills and swirling smoke now blighted by, among other structures, a Best Western. But Hunt packs his indignation about what has happened to the company into a fiery epilogue. His focus is the man and his times, in a book that, with its yellowed maps and extensive quotations from ye olde correspondence, is both utterly transporting and extremely cozy.

Josiah was born the youngest of a dozen children into a primitive, churchy iteration of the business. He walked seven miles round-trip to school by the age of 6 — take that, TikTok tots — and was encouraged to question authority. The loss of one leg (weakened by smallpox, further damaged in a road accident and finally amputated and replaced with a wooden prosthetic) helped form his character, like Captain Ahab’s. Unable to labor at the wheel, Wedgwood would gravitate instead to design and labor reform: “a hands-on manager,” writes Hunt, who compares him to Steve Jobs, “overseeing his potbanks with a steely professionalism.”

Wedgwood’s white whale was porcelain, or “white gold”: the delicate import, most famously from Jingdezhen, China, that was ardently collected by European royalty, decorating a pavilion for Louis XIV’s extramarital trysts at Versailles and a Polish king’s palace in Dresden. Unable to crack the foreign formula, Wedgwood and his collaborators instead refined the already-established local creation of creamware to make it “queen’s ware,” “pearlware” and other proprietary, poetically named variations, exporting them with great success around the globe.

Though Wedgwood had a Wonka-like fear of spies, his potbanks became popular guided tourist stops for the cultural elite; and he was a pioneer of the celebrity endorsement, which in that era meant nobles or royals — though he later supported the American revolutionaries. His most triumphant commission was probably for Catherine the Great of Russia: a 944-piece Frog Service, adorned lovingly with English landscapes and landmarks (and frogs). The result was not just schmancy dinnerware but a “cultural manifesto.”

One of the many pleasures of “The Radical Potter” is its meticulous catalog of the china-buying public’s tastes, some whimsical — marvel as the goofy cauliflower motif is surpassed by the exotic pineapple — others bizarre or sinister. “Helpfully, the fashion for ladies to wear white gloves during the tea service and even bleach their hands porcelain-white with arsenic also increased demand for black-basalt teaware,” Hunt writes of one 1770s fad, “as the darkness of the basalt highlighted the cleanliness of the hostesses’ wardrobe or the purity of their genealogy.” When people started losing their minds over vases, Wedgwood clocked the “epidemical madness” and created a whole new settlement, Etruria, named for a region of ancient Italy, to satisfy demand for the neo-Classical.

The exchange between nations prompts many felicities of language — who but linguists knew that “porcelain” derives from Venetian slang for “little piglet,” itself a nickname for a certain kind of shell? — and rampant punning, whether or not intentional. Wedgwood’s father “failed to make much of a mark.” When Josiah’s beloved best friend and business partner died, Hunt’s subject was — yes — “shattered.” Will your eyes glaze over reading about the importance of Britain’s naval prowess to the ceramics trade? Perhaps, but on balance this is as dishy a biography about dishes as can be imagined.

More seriously, Hunt offers convincing evidence that Wedgwood, his questionable acceptance of hand-bleaching notwithstanding, was a committed if somewhat armchair abolitionist, alert to the horrors of the triangular trade that undergirded his commerce, especially the sugar that was also known as “white gold.” His widely circulated and copied cameo featuring a kneeling slave with the motto “Am I Not a Man and a Brother?” though regrettably generic, “deserves to be remembered as one of the most radical symbols in modern history,” Hunt argues. (Incorporated into snuffbox lids, bracelets and hair pins, it could also be seen as an early example of virtue signaling.)

On top of everything, Wedgwood was a devoted family man: “uxorious” to and solicitous of his wife and third cousin, Sarah, he helped to home-school their brood even though there wasn’t a pandemic at the time. (Look also for the appearance of Wedgwood’s rogue nephew Tom Byerley — shades of Cousin Greg on “Succession”.) Alas, he didn’t live to see the birth of his grandson: Charles Darwin. This being the 18th century, some ghastly medical events happened within the walls of the Wedgwood domicile, though usually nothing “a Puke, & the Cold Bath & Pump” and the like couldn’t fix. I do wonder if Josiah helped with the washing-up.