A voyage around my despotic dad: Portrait of 1960s Sheffield

A voyage around my despotic dad: A brilliant portrait of growing up in 1960s Sheffield paints a world in which everybody smoked, men came home drunk and angry — and a woman’s job was to keep the peace

MY OWN WORST ENEMY: SCENES OF A CHILDHOOD

About halfway through this beautifully written, wonderful little book, Robert Edric’s life changes: he passes his 11-Plus and wins a scholarship to a local grammar school in the late 1960s.

The bright, elder son of a tight working-class family in industrial Sheffield, the new school place will set him on a different path, though he doesn’t know it. And some of the changes aren’t always good.

Lists of the successful 11-year-old boys and girls are published in the Sheffield Star. Extra copies are bought and carefully preserved. He is now a Grammar School Boy and will walk to school in his uniform — maroon blazer and cap, and a tie. The exercise will do him good and, besides, for his family, all the neighbours will see that he is a Grammar School Boy. 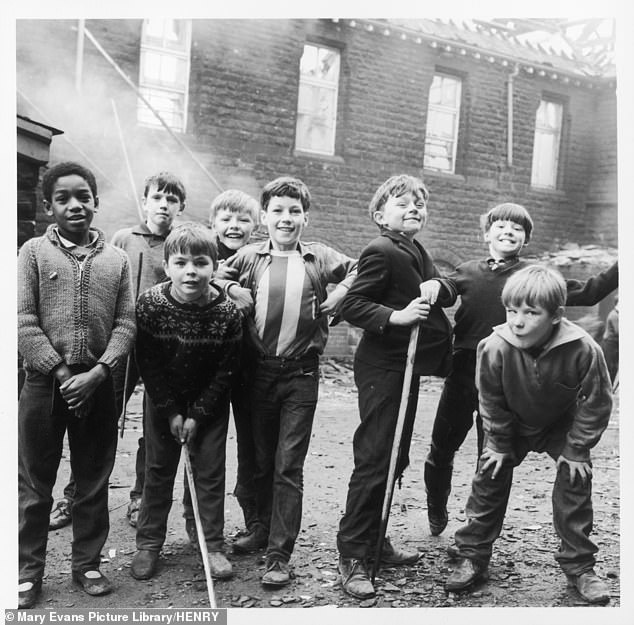 Memories: Children playing in the streets of Sheffield in 1966. Author Robert Edric’s (not pictured) childhood changes when he gets into grammar school aged 11

On the morning Edric is told of his success, he pays a visit to his best friend Andrew with whom he has spent almost every waking hour for the past few years. Andrew’s mother appears at the door and congratulates Robert on his scholarship.

He deserves it all, she says. But then she tells him that he and his best friend will not be seeing quite so much of each other now. Andrew has failed his exam and will be going to a different school: both will make different friends and live different lives.

She is right, of course. Edric and Andrew hardly see each other again and their friendship evaporates without either knowing why. The innocence of childhood has changed.

Robert Edric is the pseudonym of Gary Edric Armitage, the highly prolific and award-winning author of a shelf-load of novels. This hypnotic memoir is his first work of non-fiction and a remarkable piece of writing it is. The ultra-detailed, meticulous and often wildly funny account of a childhood and adolescence in working-class inner city Sheffield brings the period and time to almost painfully vivid life.

Now largely vanished, it’s a world where men spent as much time in the pub as possible, and where a woman’s place was in the home; a world of working men’s clubs, of constant smoking with the fug of tobacco everywhere, where everyone knew a man who knew a man who could get you a real bargain; a world where London was a foreign country and the long drive to the annual holiday was one of the highlights of the year; a world of the Austin A40, the two-tone Hillman Imp and, for the very modern, the Zodiac or the Zephyr.

But it is the hyper-precise detail that brings everything to life. Anyone of a certain age who spent a chunk of their childhood at the movies will smile with recognition at Edric’s flawless description of going to the cinema as an occasional treat with his mother.

‘The films we saw were rigidly certified and we would not have been allowed in to watch anything deemed unsuitable for children . . .

‘The vast room would quickly fill with smoke, vividly apparent where it rose in plumes through the shafts of projector light . . . Pearl & Dean adverts showed us nearby stores and, even more excitingly, nearby Indian and Chinese restaurants.’

Edric was born in 1956 — a Suez baby, something he is rather proud of — in the village of Ecclesfield before moving to the centre of England’s steel city at the age of six. It is a hard-scrabble, tough upbringing. Money is short and, sadly, so is any real affection between his parents.

Besides a detailed portrait of daily life, this splendid book is also a powerful account of his tyrannical car-worker father, a man twisted by frustration and addled by contempt for those around him.

Never physically violent, although a heavy drinker whose social life revolved around a circuit of Sheffield pubs, Edric’s father was nonetheless a condescending bully who exercised a belittling power over his wife and three children. ‘My father’s cruelties, large and small, seemed an even greater pleasure to him as we grew, and his arguments continued to be manufactured out of nothing,’ writes Edric.

His simple understanding that the one who shouted the loudest or threatened violence won the argument continued to hold fast. Why didn’t we just listen to him, why didn’t we do what we were told without any backchat or sullen looks . . . Why didn’t we use this . . . his knuckles rapped hard on our skulls . . . once in a while?’

But when he has gone out to the pub, Edric’s long-suffering, wholly likeable mother tells the children to ignore him. ‘Just agree with everything he said and do everything he told us to do . . . After all, what real harm did it do?’

The cruelty is often arbitrary and meaningless. In one heart-breaking chapter Edric starts a paper round. ‘The bags were almost too heavy . . . The bag I carried . . . bent me double. The routes on the steeper hills, zig-zagging up cobbled slopes, were invariably given to newcomers.’ 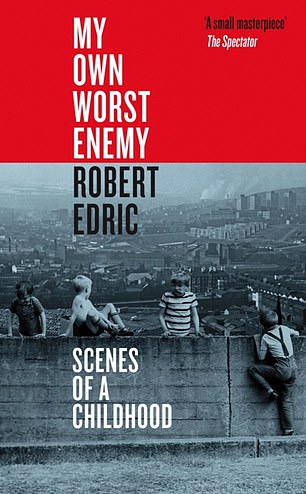 They meet rival paperboys and share stories of seeing women at the door in see-through nightgowns. None of which is remotely true. In order to do his deliveries and fit in breakfast before school, Edric leaves home at 6.15am. Sometimes his father’s sleep is disturbed, and one morning he orders his son to tell the shopkeeper it’s the last time he’ll be turning up.

Edric weeps at the prospect of losing his job and letting down the shopkeeper. He has been doing it for three years and is one of the most senior boys.

His father just laughs. ‘I had grown to despise my father long before this particular incident, but his reaction that morning seemed particularly unfair and malicious to me.’

But what any reader will take from this book is the mesmerising detail of daily life: the easy comradeship of fishing in the waters that speckle Sheffield; the happy organisation of life in the Cubs; the wider family such as racy Aunt Gloria, riding pillion on her boyfriend’s motorbike, or beautiful, clever Aunt Mary, happily married with two young children, tragically stricken with cancer at 27.

For my money, Edric is perhaps a little too harsh on his dad, who may be a nasty ass but seems to be doing his best by the standards of the time. Still, it is the writer’s experience, not anyone else’s.

At the end, in 1974, he gives his son a lift to the University of Hull, pressing on him some money, a carton of cigarettes and a bottle of whisky. It really is the start of a new life. The cover of this book describes it as a ‘masterpiece’. You cannot argue with that.