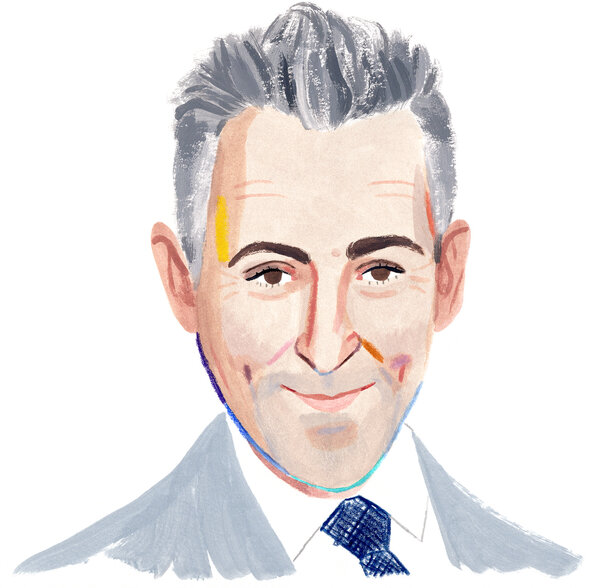 What books are on your night stand?

“The Politics of the Family,” by R. D. Laing. I’m fascinated by Laing. His belief that madness or mental illness is not something to be locked away and hidden but that it is potentially a shamanic experience with much to teach us is fascinating to me. Part of the reason I wanted to write “Baggage” was to show I am still on a journey, still learning and still affected deeply by trauma I’ve had in my past. I also used to have a therapist who was a student of Laing’s and so I had this fascinating insight into the man himself. He definitely wasn’t easy. A brilliant, troubled, drunk Scotsman. We specialize in them.

“A Short History of Islam,” by William Montgomery Watt. Religion really confuses me. The concept of having faith in a higher power, some kind of symbol that gives you succor and moral guidance and all that is totally fine. I just get confused with all the different types and their origins. I think my upbringing in rural Scotland was so monolithic in terms of religion. There were only ever Protestants around. I remember it being a big deal when some Catholic kids enrolled in our high school. I didn’t meet a Jewish person until I was 18. I also embraced atheism early so I just never got into the habit of retaining information about the different types of religion and now I’m trying to catch up with the crazy.

The Declaration of Independence and the Constitution of the United States. I have had this on my night stand since I was given it at my naturalization ceremony in 2008. I have to say I think the word ‘naturalization’ isn’t good. It suggests that becoming an American is the natural thing to do, and therefore not being American is unnatural. That obviously explains a lot of U.S. foreign policy, but doesn’t really help in the P.R. department. I always take delight in pointing out this type of arrogance to my American friends. Like why is it called the World Series when only America and Canada play in it? And saying the president is the “leader of the free world” also smacks of jingoistic superiority as it assumes the rest of the world that considers itself to be free must also consider itself to be led and guided by America and its leader, and — spoiler alert — that has not been the case for a while (especially during the last presidency).

“The Rural Life,” by Verlyn Klinkenborg. I have a fantasy that I will plant a beautiful organic garden and tend to it, barefoot and serene — a bit like Nicole Kidman’s character in “Nine Perfect Strangers.” But then I remember that I travel too much and other people would have to look after it for me, and then I think of all the times throughout the summer when gardener friends suddenly become manic and try to fob off all their excess bounty on anyone who comes into their orbit and I fear I would become the version of Nicole Kidman’s character who is off her tits on psychedelics and lying under a tree with blood coming out of her nose and I decide to postpone my garden plans for another year.

“Card Tricks,” by James Weir. I don’t know why I have this on my night stand. I mean, I am a magic nut and I want to learn some card tricks but I keep forgetting to bring a deck of cards to bed so I can practice, and then I think how weird it would be and not a good sign for my relationship to start playing cards in bed, so I don’t bring them and therefore I have never learned a single card trick from this book.

“The Gospel According to Jesus,” by Stephen Mitchell. This can be filed under me trying to catch up with the weirdo religions of the world. But I have to say that, as an atheist, I really like Jesus. He was obviously a great guy, cared about people less fortunate than himself, befriended and championed sex workers, he even eschewed organized religion. It’s just such a shame that so many awful, mean and, yes, right-wing people have hijacked him and used him as an excuse to behave so horribly to their fellow man.