Alison Lurie, a Pulitzer Prize-winning writer whose mordant novels punctured pretension, deflated dogma and illuminated the staggering talent of smart people for self-deception, died on Thursday at a hospice center in Ithaca, N.Y. She was 94.

The death was confirmed by her husband, Edward Hower.

Ms. Lurie, who was also a folklorist, a writer and scholar of children’s literature and a longtime Cornell University faculty member, was the author of 10 novels, as well as short-story and essay collections.

As a novelist, Ms. Lurie was an anthropologist of contemporary absurdity. Praised by critics for her crystalline prose, her dry, delicious wit, and her microscopic powers of observation, she dirtied, and then gleefully aired, her protagonists’ elegant linen in book after book. In novels that were small morality plays, characters (educated, often self-regarding men and women) couple, have buyer’s remorse and recouple with new partners, often with disastrous consequences, in a ceaseless recombinant two-step.

Ms. Lurie’s novels were often called comedies of manners, but perhaps it is more apt to call them comedies of mortification — “mortification” in the sense of both social embarrassment and the inevitable slouch toward decay.

Reviewers often compared her fiction — with its eye for the domestic and its concern with the artifice of a certain social set — to that of Henry James and, in particular, Jane Austen. Perhaps unsurprisingly, Ms. Lurie, American born and bred, by all accounts enjoyed an even larger reputation in Britain than she did in the United States.

On both sides of the Atlantic, she was best known for two novels of intellectual and corporeal folly: “The War Between the Tates” (1974), a best seller, and “Foreign Affairs” (1984), which won the Pulitzer Prize for fiction in 1985.

Set against the background of the war in Vietnam, “The War Between the Tates” centers on Brian Tate, a professor of political science, and his wife, Erica. Marooned in midlife, Brian, who had expected to become an éminence grise, has begun to fear he will end up merely grise.

He embarks on an affair with a psychology graduate student, who, Ms. Lurie writes, looks upon him with none of “the hard glaze of self-concealment as a prelude to self-advancement — the yellow signal ‘Caution’ which glowed so often in the eyes of his own graduate students.” Instead, “Her gaze was pure green light.”

Against her better judgment, Vinnie begins a passionate liaison with a man she has met on the flight over: Chuck Mumpson, an American boor as lumpish as his name. Fred, meanwhile, engages in a torrid and high-toned affair of his own.

Both novels, like much of Ms. Lurie’s work, are meticulous ethnographic reports on a particular tribe, the set of well-read, well-heeled intellectuals she knew firsthand. Both are organized around themes pivotal to much of her fiction: campus shenanigans (often of the bedroom kind); matrimonial betrayals; class and intellectual snobberies and the essential solipsism underpinning them; and the failure of utopian communities, however pre-emptively constructed, to keep disappointment and anomie at bay.

Both novels were made into television movies: “The War Between the Tates” in 1977, with Richard Crenna and Elizabeth Ashley, and “Foreign Affairs” in 1993, with Joanne Woodward, Brian Dennehy and Eric Stoltz.

The scholars in these books teach at Corinth University in Corinth, N.Y., an upstate institution to which Ms. Lurie’s fiction returned again and again. Corinth was a figment of her imagination, though only just: One can easily call to mind a similar-sounding university in upstate New York, likewise in a town with a classical name.

Characters, too, recur throughout her novels, disappearing and reappearing like strands of bright thread, and Ms. Lurie maintained dossiers to keep track of them all. She was occupied in particular with the Zimmern family, an artistic, neurotic clan whose members can be glimpsed — sometimes fleetingly, sometimes head-on — throughout her books.

Leonard Zimmern, an astringent literary critic, appears in many novels, including “The War Between the Tates”; “Real People” (1969), about goings-on in an artists’ colony; and “The Last Resort” (1998), about a despondent naturalist in Key West, Fla.

In “Foreign Affairs” we meet Leonard’s daughter Roo, the estranged wife of the philandering Fred Turner.

Leonard’s half sister Lolly is seen as a girl in “Only Children” (1979), about unraveling marriages in the 1930s. As an adult, Lolly, who became a distinguished painter known as Lorin Jones, is at the center of “The Truth About Lorin Jones” (1988), in which a biographer tries to make sense of Lorin’s enigmatic life.

Some critics found Ms. Lurie’s characters brittle and unlikable, little more than archetypes. But as Ms. Lurie made clear in interviews, she was quite fond of all her characters, despite the myriad flaws they insisted on displaying. After all, she said, she had known from a very early age that she wanted to spend her life conjuring worlds whole, and peopling them in whatever way she chose.

Alison Stewart Lurie was born in Chicago on Sept. 3, 1926, and reared in White Plains, N.Y. Her mother, Bernice (Stewart) Lurie, was a journalist and book critic, her father, Harry, was a sociologist who directed the Council of Jewish Federations and Welfare Funds, an umbrella organization for Jewish social-service agencies.

A forceps delivery left Alison “deaf in one badly damaged ear,” as she wrote in 1982 in an autobiographical essay for The New York Times Book Review, “and with a resulting atrophy of the facial muscles that pulled my mouth sideways whenever I opened it to speak and turned my smile into a sort of sneer.” 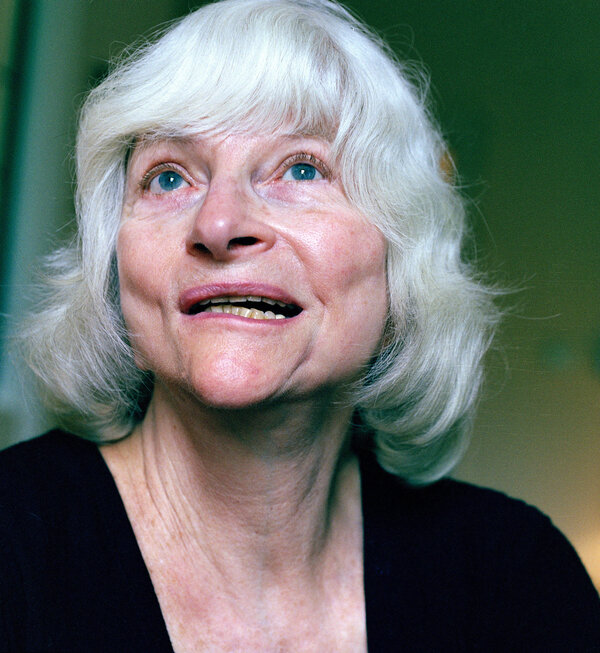 Her physical differences helped give her the sense of outsiderness that seems almost a precondition for the writing life. She fixed her sights on that life early, she wrote in the same essay, for she discovered in childhood that “with a pencil and paper I could revise the world.”

Ms. Lurie earned a bachelor’s degree in history and literature from Radcliffe in 1947 and the next year married Jonathan Peale Bishop, a literary scholar, with whom she had three sons. She embarked on the life of a faculty wife, following her husband from Harvard to Amherst College to the University of California, Los Angeles, to Cornell, writing in stolen moments.

Her first novel, “Love and Friendship,” about affection and disaffection in the lives of faculty couples, was published in 1962. The title is a deliberate homage to that of an early Jane Austen novella.

Ms. Lurie’s other fiction includes “Women and Ghosts” (1994), a volume of stories whose specters are more psychological than supernatural but no less real for that, and “Imaginary Friends” (1967), a novel about sociologists behaving badly.

Her books for children include a collection of retold stories, “Clever Gretchen and Other Forgotten Folktales” (1980), illustrated by Margot Tomes.

A frequent contributor to The New York Review of Books, Ms. Lurie was also esteemed as a writer of nonfiction. In “The Language of Clothes” (1981), she examined the semiotics of dress. In two volumes of criticism, “Don’t Tell the Grown-Ups” (1990) and “Boys and Girls Forever” (2003), she explored the subversive qualities that, she argued, are inherent in the best literature for children. And in the memoir “Familiar Spirits” (2001), she recalled her friendship with the poet James Merrill and his lover, David Jackson.

Ms. Lurie’s marriage to Mr. Bishop ended in divorce in 1984. Along with Mr. Hower, a novelist, with whom she maintained homes in London, Key West and Ithaca, she is survived by a sister, Jennifer Cooke; her sons from her first marriage, John, Jeremy and Joshua Bishop; two stepchildren; and three grandchildren.

Because Ms. Lurie skewered zealotry of every stripe, readers attempting to divine her ideology from her books were sometimes misled. A string of modern “isms” incurred her tart scrutiny, and because an exclusionary brand of 1970s feminism was one of them, she was sometimes taxed as anti-feminist.

“I consider myself a feminist and not a separatist,” Ms. Lurie told The Plain Dealer of Cleveland in 1994, invoking “The Truth About Lorin Jones.” “There’s a character in the book who tries to stay as far away from men as possible. She regards men as being the enemy. I’m against that.”

“Even if you think there are things wrong with men,” Ms. Lurie added, “you owe it to them to help them improve.”