An Artist in Lockdown, Forged by Catastrophe 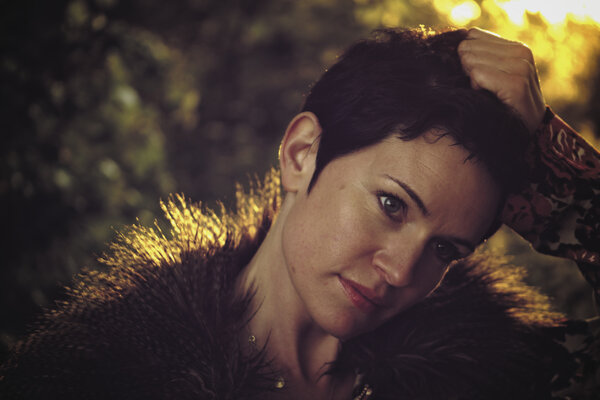 Disaster spurs Edith Harkness, the sculptor protagonist of Sarah Hall’s novel “Burntcoat,” to heights of productivity. She feels at home in it, assuming the confidence implicit in Woolf’s recommended “money and a room of one’s own,” without the comfort. “Part of me enjoyed the crisis, I admit,” she says, recalling the period she spent in lockdown with her lover, Halit, in a cathedral-like studio as a fictionalized pandemic started ravaging a fictionalized Britain. “There was relief, almost, in the promised worst, and I think that being two, as we were, so dependent on each other and against the world, was like my upbringing. Artists don’t age.”

Harkness’s fairy-tale childhood has in fact prepared her to thrive in these apocalyptic conditions. When she was 8, her mother, Naomi, a writer, had a brain hemorrhage that unhinged her personality; Edith’s father soon abandoned them, and after fending off child protective services, mother and daughter took refuge in an overgrown cottage in the wilderness where each was free to embrace her strangeness: They “grew round each other like vines.” The first artwork Edith made, while still a child, was a large ship in their garden; often her pieces are vessels one might hide in or escape on.

Mortality felt more immediate for the two of them than for other people. Naomi retained an inoperable swelling that could rupture anytime; Edith is a carrier for the same illness. Yet you can’t help noticing that within this heightened atmosphere, life rather resembles an artist’s fantasy: isolation, autonomy a hard-won and thus heroic rebellion, few obligations beyond art and survival, everything pulsing with beauty and significance. Likewise, the social horrors of the novel’s Britain — its racism, its violent squabbles over dwindling resources, the people dying from disease and government incompetence or “incinerated in lethal towers” — tend to remain in the background, sharpening the elemental realm of mountains, moors and waterfalls in which Harkness, narrating as a bereaved 59-year-old who is building a memorial to the million dead, lives and sculpts. Hall, the author of several previous novels, is best known as a much-decorated short-story writer, and “Burntcoat” carries a flavor of that form — in its lush intensity, its abrupt leaps in time and its reliance on mood and image and theme over scope or gradual development. There’s a quality akin to Marilynne Robinson, though Hall pays less attention to the intricacies of psychology.

The novel’s imagery constantly reinforces the notion of art and artists forged from catastrophic damage. As a young woman, Harkness was trained by a mentor, Shun, in the Japanese art of shou sugi ban, in which the practitioner prepares her material by coming as close as possible to destroying it without actually doing so. She applies flame to cedar, “collapsing the cell walls to strengthen the wood, preserving its integrity while enhancing its beauty. Too much heat and the piece was ruined, too little and the wood wasn’t sealed, could not achieve the finish. Shun called this experience. The wood is experiencing fire now. It will be improved.”

Love is also framed, at least on the level of metaphor — which is crucial to “Burntcoat,” an insistently poetic novel — as a matter of existential threat. Another of Harkness’s sculptures represents the old fable of trust, intimacy and risk in which a crane is removing a bone from a wolf’s throat: “The wolf could eat the bird. But the wolf can’t eat until the bone comes unstuck. What if it’s a trick? What if there’s no bone? The crane won’t know until its head is inside, past the teeth.” Yet Halit and Edith’s relationship consists mostly in caring for and admiring each other’s bodies, whether in the extremities of sickness or engaged in a series of often highly aestheticized sexual acts. In practice, Hall seems far less interested in the terrifying things human creatures might do to one another than in examining their fragility, dwarfed by some impersonal looming fate: exile, a cyst, a virus.