Ashley C. Ford Believes in Letting the Light In 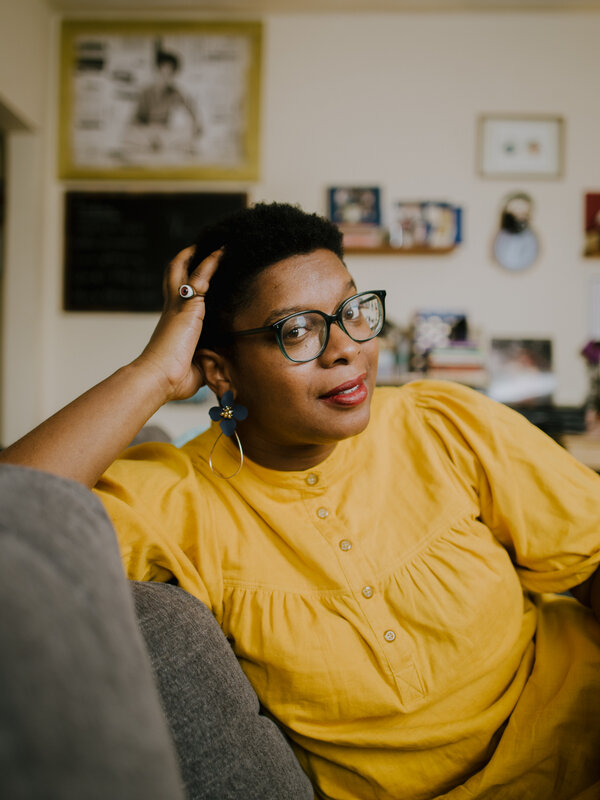 CHAPTER AND VERSE When you’re opening a new book, do you breeze past the epigraph as if it’s extra credit and you’re in a rush to finish your homework? Slow down! That short quotation is there for a reason: to set the tone and mood, and to give you some insight into a writer’s mind-set. Plus, in some cases the author has paid handsomely for permission to print these words so you might as well read them.

Rarely has there been an epigraph as well matched to a narrative as the one at the front of “Somebody’s Daughter,” Ashley C. Ford’s memoir of a childhood framed by her father’s incarceration. Before readers set foot into what our reviewer described as “the heart-wrenching yet equally witty and wondrous story of how Ford came through the fire and emerged triumphant,” they encounter five lines written by the Japanese poet Izumi Shikibu (whose own family life a thousand years ago was no picnic): “Although the wind / blows terribly here, / the moonlight also leaks / between the roof planks / of this ruined house.”

Ford first encountered these words in a bookstore in Scotland, where she was looking for a volume of poetry slim enough to dip into while waiting in lines at tourist destinations. She was already working on “Somebody’s Daughter,” now in its second week on the hardcover nonfiction list; in fact, the idea for the book first came to her 10 years ago while she was taking a nonfiction class at Ball State University. “I couldn’t get it out of my head, I couldn’t ignore it,” Ford said.

So when she read Shikibu’s poem, “Although the wind…,” Ford immediately thought, “That’s what my book is about.” She said, “When my dad went to prison, there was this crack, this separation, this ruined house. But there were so many moments when the moonlight really did peek through into those rooms. Amidst all these reasons you could see the world darkly, there is something that allows you to see magic anyway. If you can hold onto that, you can hold onto yourself.”

Ford wrote most of “Somebody’s Daughter” at night, “when I feel most like I can hear myself.” She drank tea and worked by candlelight, with movie scores as her soundtrack and her husband (a fellow Ball State English major turned author) in the vicinity. “He usually sits beside me and reads,” Ford said. “I would get into these emotional parts and his presence was this reminder: You’re good. You are surrounded by love. Just keep writing.”