Behind the Scenes in the Food Biz: Four Culinary Memoirs 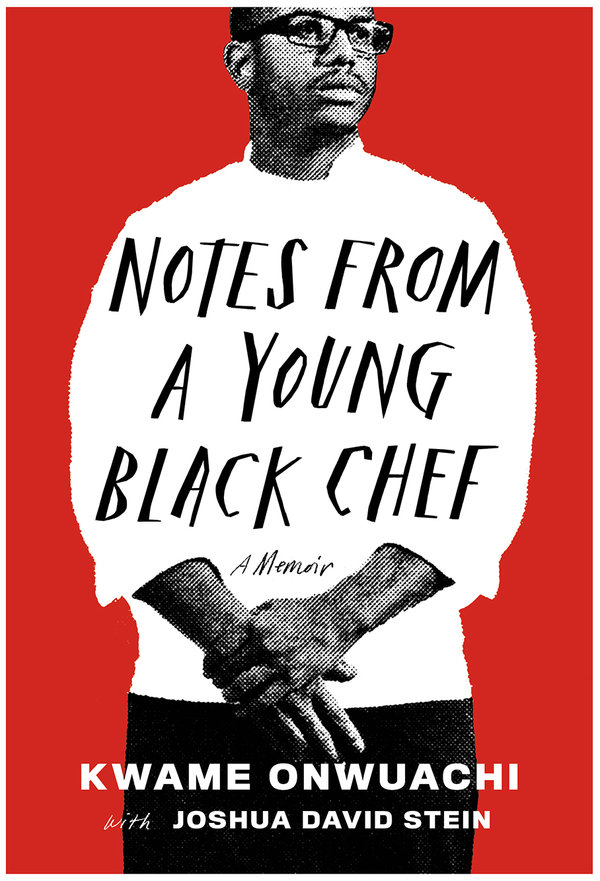 This rip-roaring tale of ambition is also a sobering account of racism in and out of the food industry. Despite coming “from a long line of restaurateurs” on his mother’s side of the family, Onwuachi, as a young black chef from the Bronx, was forced not just to seize his opportunities but to conjure them out of thin air and “bootstrapping hustle.”

After bottoming out as a self-described “drug kingpin,” Onwuachi raised money to start a catering company by selling candy on the subway. Catering led to the Culinary Institute of America, where he helped pay his tuition by continuing to run his business even during a prestigious but punishing externship at Per Se. When he was only 26, he founded the ill-fated Shaw Bijou restaurant in Washington. Undermined by increasing tensions with his over-budget investors and more than a hint of discrimination, it closed after only a few months.

Aside from Onwuachi’s extraordinary energy, what’s most striking about his story is its unorthodox trajectory from rapid ascent to spectacular failure. Rather than ending on the usual triumphant note, this insider’s look at the food world concludes with the chef’s ruminations about his future and his dream of creating “a kitchen full of white, yellow, brown and black faces.” Onwuachi’s eventual success lies beyond the book’s pages, when — unsurprising, given the man we meet in this fierce and inspiring memoir — he landed on his feet as executive chef at Kith/Kin in Washington. He was named Rising Star Chef of the Year for 2019 by the James Beard Foundation.
271 pp. Knopf. $26. 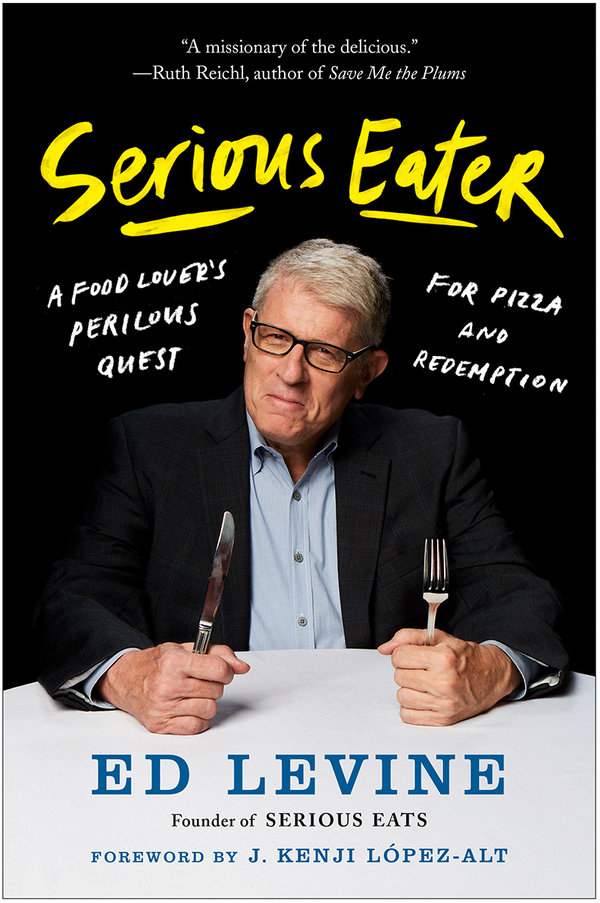 Levine, a “knish-loving journalist and accidental M.B.A.” (his glazed expression in an introductory finance course prompted the professor to ask him to “seriously reconsider” his chosen field), founded the trailblazing blog Serious Eats in 2006. Early on, one of his partners issued a “prescient” warning: “People like you who start passion-based businesses do so because they want to spend 90 percent of their time doing the stuff they love to do and 10 percent of their time doing other stuff. The sad truth is that … those percentages are in fact reversed.” Levine’s passion — and the blog’s stated objective — was telling people where to eat, what to cook and what was happening in food culture, but he came to loathe spending almost all his time on the “other stuff.”

Unfortunately, he tells his story in the same painful proportion. Far too much of “Serious Eater” details Levine’s endless fretting about making payroll, locking in advertising dollars and — especially — hitting up friends and family for money. Perhaps he meant to inspire by showing that for nine years he persevered through it all, but the effect is exhausting. Only in the sparkling interstices, when he talks about what he ate at those disappointing business lunches (“Shake Shack pro tip: Order a coffee malt and ask for extra malt powder”), do you understand why Ruth Reichl called him “a missionary of the delicious.” Levine is clearly a nice guy, and one can’t help breathing a sigh of relief when he narrowly averts financial ruin by successfully selling the blog in 2015. He gets to stay on, finally free to focus on the good stuff.
264 pp. Portfolio/Penguin. $27.

BURN THE PLACE
A Memoir
By Iliana Regan 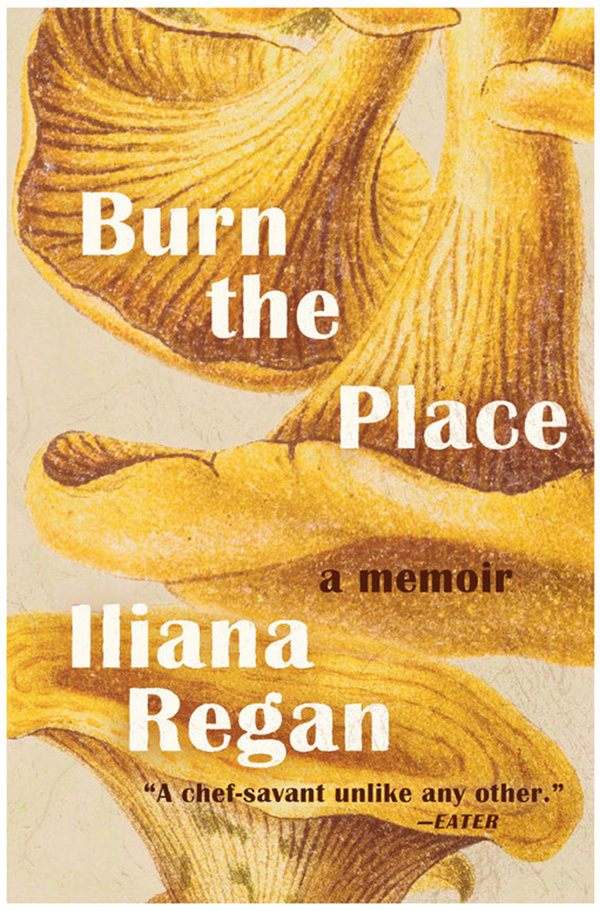 That the title of Regan’s memoir refers to her fantasy of torching her restaurant with some of the employees still inside offers a not-so-subtle clue to her temperament and outlook. Being harsh, prickly and foulmouthed is nothing new when it comes to chefs, but “Burn the Place” is anything but a typical chef’s memoir. For one thing, most of Regan’s story hardly touches on her career in the food industry, chronicling instead her early struggles with her sexual identity and substance abuse.

Only in the last quarter of the book does she finally share her journey to become a celebrated chef, from setting up a table at farmers’ markets to sell pierogi, to starting an underground “new gatherer” restaurant and “staging” in local kitchens, to finally founding the Michelin-starred Elizabeth restaurant, and the recently shuttered Bunny Bakery and Kitsune, all in Chicago. It’s fascinating to get a glimpse of the creative and scientific process behind her unusual dishes, but, regrettably, this segment of her story isn’t just too short but undermined by a slapdash style.

Her book would have benefited from some of the obsessive polish she brings to her food preparation.
266 pp. Midway/Agate. $25.

HUNGRY
Eating, Road-Tripping, and Risking It All With the Greatest Chef in the World
By Jeff Gordinier 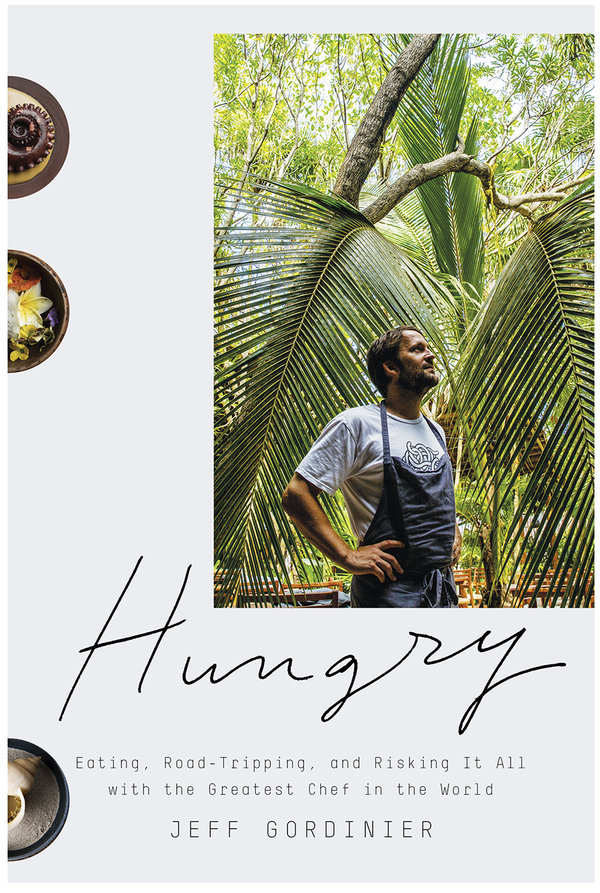 In the spring of 2014, Gordinier was seduced into joining René Redzepi in Mexico, the first of many times he would play Tom Wolfe to the peripatetic Danish chef and his gastronomic Merry Pranksters. Then working as a food writer at The New York Times, Gordinier badly needed a change, and Redzepi did too, although he was the chef of Copenhagen’s Noma, regularly named the world’s greatest restaurant. Most chefs with a 10,000-person wait list would be content to churn out expensive meals for a few decades, but Redzepi is “allergic to coasting.” Gordinier became something of a disciple, periodically accompanying Redzepi over the next four years as he opened a Noma pop-up in Sydney (30,000 on the wait list), closed the original restaurant, opened another Noma pop-up (this time in Mexico, at $600 a plate) and launched Noma 2.0.

In these pages, Redzepi emerges as an enigmatic and contradictory figure: the “chief architect of a New Nordic movement” whose Macedonian father emigrated to Denmark; the restaurateur who is driven to build and equally driven to tear down; the explorer who is completely receptive to the moment but for whom “there is no now,” only next. Gordinier makes a convincing case that Redzepi’s genius is irrevocably tied both to his relentless curiosity and to his compulsive need for change, but he habitually goes over the top in trying to find the key to the chef’s inspiration and charisma. In the end, readers are more likely to locate it in Redzepi’s own “Work in Progress,” a three-volume set that includes a surprisingly personal journal of a year at the original Noma and 100 recipes.
230 pp. Tim Duggan. $26.

Dawn Drzal is the author of “The Bread and the Knife: A Life in 26 Bites.” She has written about food, travel and fiction for The Times, Food & Wine and other publications.