One critic dubbed the Michael Powell and Emeric Pressburger-directed double-Oscar winning movie, starring Deborah Kerr as the senior sister, “an erotic English film about the fantasies of nuns”. Now the psycho-drama is returning to the small screen in a lavish, all-star BBC production next month starring Gemma Arterton as Sister Clodagh (the role made famous by Kerr), the late Diana Rigg, in one of her last roles, and Jim Broadbent. But as fevered as the new three-part adaptation promises to be, it will have its work cut out to match the life story of Black Narcissus author Rumer Godden, who made a fortune out of her fictional dramas.

A daughter of the Raj, Godden led an extraordinary life, growing up in unalloyed colonial luxury in remote Bengal.

Trapped in a shotgun marriage to a feckless charmer, her writing skills earned her a fortune and propelled her into the circle of Hollywood royalty which included Charlie Chaplin, Greta Garbo and James Mason.

But her husband saddled her with enormous debts and she survived poisoning by an obsessed Kashmiri cook who hoped, it was claimed, to drug and seduce her.

Perhaps it should come as no surprise then that she had dual identities, sometimes signing letters under her married name Peggie Foster, the long-suffering wife and mother, and sometimes as the famous and rebellious writer Rumer Godden.

Born to Arthur, an agent for the British Steamer Company, and his Katherine in Eastbourne, East Sussex, in 1907, Godden grew up in India, which could be a dangerous place then despite all the wealth and privilege it provided.

As a child, Godden and her father travelled for days to seek life-saving treatment after they were bitten by a rabid dog.Then she fell off a swing and badly damaged her spine, leaving her with an injury that would plague her for the rest of her life. 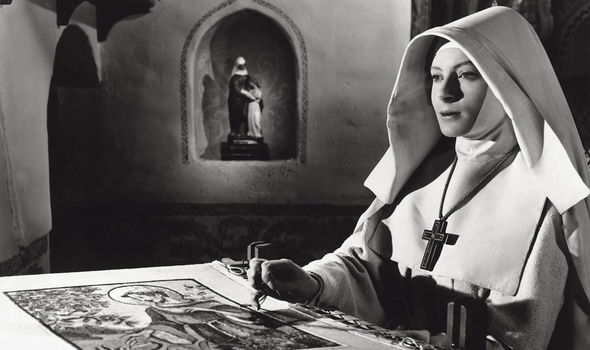 Along with her sister Winsome (who wrote under the name Jon Godden) she was sent back to an English convent school in 1913, which she loathed, before the outbreak of the First World War saw the girls return to India.

There they learned to hunt, shoot and fish. Both wrote stories to relieve the isolation and record their exotic life and seeing crocodiles, eagles and storks, but also the cruelties and poverty of India.

After the war, the sisters returned to England but the rebellious streak they shared saw them go through five schools in just two years.

When Godden returned to India in 1925, aged 18, she was shocked to realise the idyllic childhood home of her memory was actually shabby, isolated and offered little intellectual stimulation.

Moving to Calcutta in 1929, Godden threw herself into the expat nightlife with enthusiasm. There she met stockbroker Lawrence Sinclair Foster and fell pregnant.

In order to retain her respectability, Godden was forced to become his wife in 1934, with Foster telling her: “You’ll have to marry me and pretend you like it.” 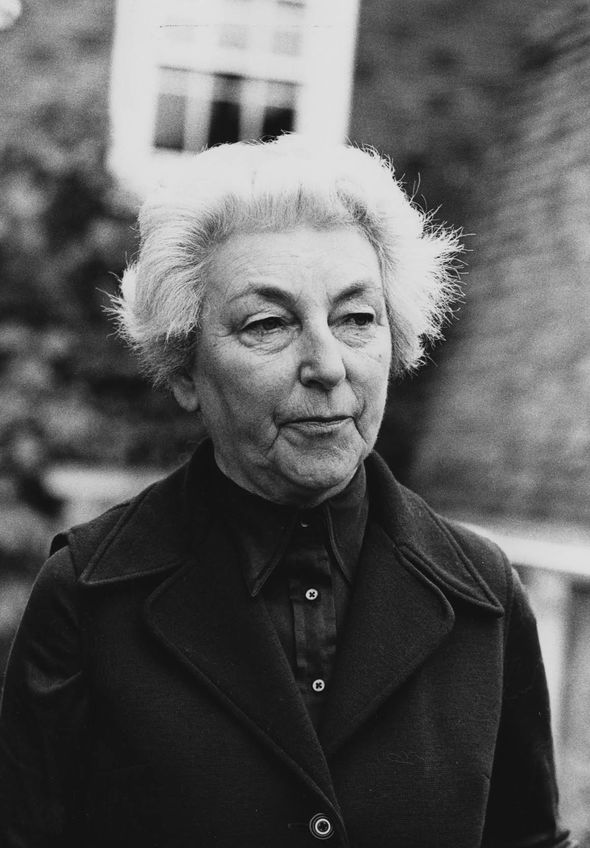 It was a prescient remark. What started as a marriage of convenience quickly became one of inconvenience as Godden branded Foster a “cheerful philistine”.

As her writing developed, Godden began to despise her colonial class, noting they believed they “were still in Britain”. Her writing would reflect poorly on Calcutta society and exposed British racism.

When Black Narcissus was published it was a critical success and, more importantly, a hit in the US, where readers soaked up the book’s febrile passions and sexual tensions.

The novel focuses on the British and Irish nuns of St Faiths, led by Sister Clodagh, who are invited to set up a convent, school and clinic in a deserted palace in the foothills of the Himalayas north of Darjeeling in the 1930s.

Tensions rise as the nuns are unable to bridge the cultural divide with the locals and between each other and the mission is beset by jealousy. 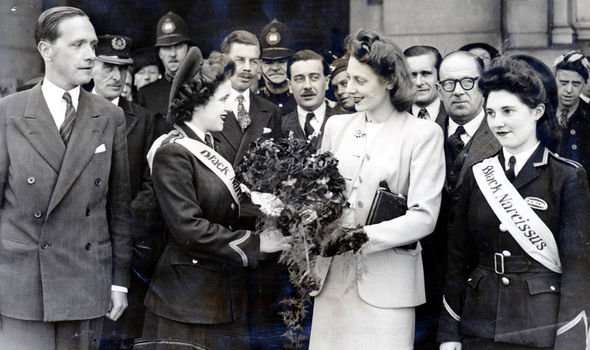 By the time Black Narcissus made her a literary star, Godden and Foster had two daughters,

Jane and Paula, but another world war was imminent and financial tensions were building with her debt-ridden husband.

In June 1940, after a long stay in England, she travelled back to India with her daughters to join Foster, who had been called up.

A resentful Godden wrote: “It is my choice then it ought to feel like choice, but it doesn’t.” Foster left for military service in 1941 before Godden discovered she was on the hook for his substantial debts. The proceeds from Black Narcissus saved her from ruin, but not from scandal.

As Calcutta society tried to work out whether Foster was incompetent or a crook, Godden was preoccupied with arranging a discreet divorce. She retreated to Kashmir with her daughters and settled into the newly-built Dove House.

She wrote: “At present none of us like Kashmir one little bit. All of them [the locals] would cheat you out of your skin if they could”.

In 1942, a brief home leave for Foster saw Godden fall pregnant again but she nearly died due to a miscarriage and was only saved by an emergency operation in very basic circumstances. 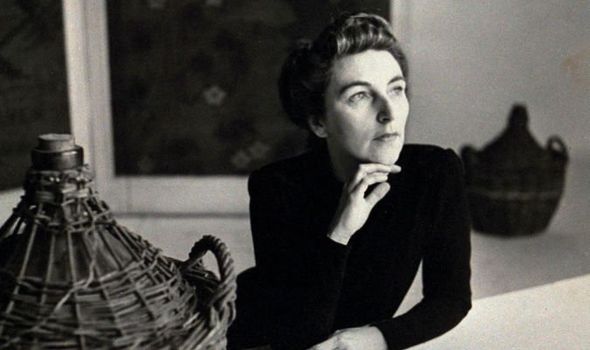 As a lone woman in remote Kashmir, surrounded by servants, Godden was dogged by gossip from both sides of the racial divide, not helped by suspicion surrounding a woman writer.

Increasingly estranged from Foster, her lack of a sex life began to annoy. She wrote: “For one thing I need a man? For years I haven’t felt the need, now I suddenly do.”

In 1944, Godden fired all her servants, calling them “devils incarnate” but much worse was to come when she appointed their replacements.

In a letter to Jon, she wrote that she and artist Helen Arberry, who had moved into Dove House in a bid to share the costs, both “had a curious, sleepy stupidity”. Her health began to suffer.

She wrote: “On Friday 23, while I was giving the children their lunch, Jane bit into a piece of glass. I looked through the food and found several bits more.”

A local British doctor told Godden to go to the police and tests showed her daughters had been fed large quantities of finely-ground glass.

The main cook, Siddika, was away, but his deputy, Subhana, was arrested and Godden began to suspect that she and her house guest had been drugged.

After a series of police interviews, Godden wrote to her sister: “It appears that they think Siddika had fallen for me and was trying to get me under his thumb – that’s why the drugs. 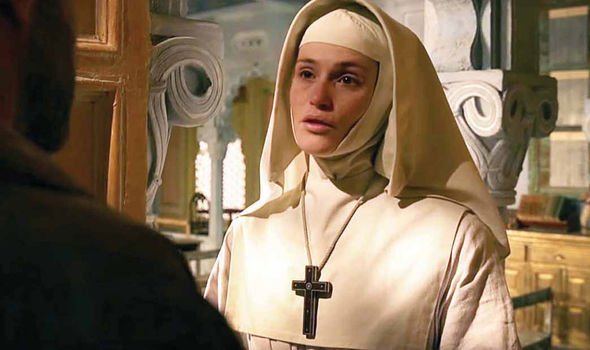 “When he saw this was going to be interrupted it all turned to revenge and being an unbalanced man of criminal type he did this? I am afraid this is probably true.”

The revelation that Siddika had been behind the sustained campaign and had, presumably, used his deputy to cover his tracks, shocked Godden but it was to get worse.

She discovered to her horror that Siddika, now out on bail, had taken a job close to her home. Then she received a letter from an unnamed woman warning her he was an arsonist and criminal.

Worried she would be drawn into a scandalous court case, Godden fled Kashmir and did not return for decades.

With no main witness, Siddika was cleared in the ensuing trial.

She moved back to England in 1945 and, two years later, attended the premier of Black Narcissus, now considered a classic of British cinema.

Godden, however, never liked it. She subsequently spent two years working with the revered French director Jean Renoir on an adaptation of her autobiographical book The River. 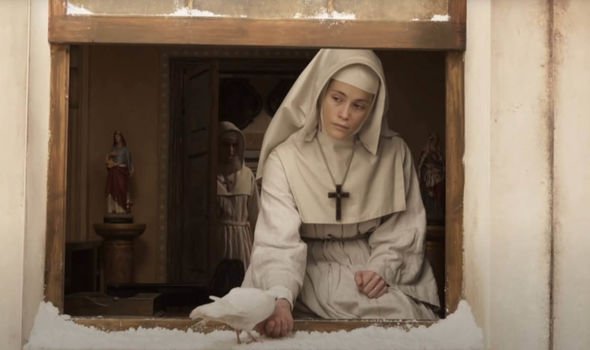 When she visited Renoir in Hollywood she met a roll-call of the great and good including Chaplin, Mason and Charles Laughton. She had tea with Elizabeth Taylor and chatted with Greta Garbo.

In 1949 and now finally divorced, Godden married civil servant James Haynes-Dixon and throughout the 1950s and 60s wrote a series of successful novels.

She would return to India in 1994 for a BBC documentary about her life and work. By her own admission, it was not an easy experience.

Memorably the writer said of the visit: “Nice old ladies should really stay at home. But then, I am not a nice old lady.”

Godden died in 1998 in Dumfries but in an irony the nuns of Black Narcissus might appreciate, she had by then converted to Catholicism after a chance meeting with a Benedictine nun.

She explained: “I think nuns are irresistibly dramatic. Theirs is the greatest love story on earth.”