Bridgerton books: Does Duke of Hastings return in the book series?

Bridgerton: Anthony opens up about 'difficulty' of love

In Bridgerton, the story of Daphne Bridgerton’s courtship of Simon Basset, the Duke of Hastings, is tantalising. Rege-Jean Page became the break-out star of the series with his saucy scenes with Phoebe Dynevor but is not returning for the second season. But do fans have reason to be excited for a possible cameo at a later date?

Does Duke of Hastings return in the Bridgerton book series?

In the official eight-part series by Julia Quinn, the Duke of Hastings is not a main character.

However, there is some hope of a return as the 2013 short story collection The Bridertons Happily Ever After does make mention of the couple.

In the short story The Duke & I: The Second Epilogue, the Duke of Hastings and his bride return, albeit 21 years later.

READ MORE:  How many Bond girls have there been? Full list of 007 love interests 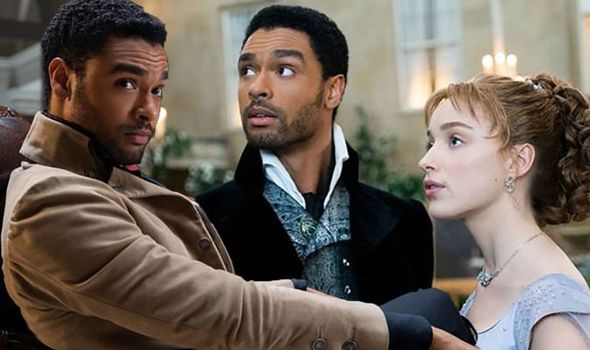 Speaking of this book on her website, author Julia said: “Midway through The Duke and I, Simon refuses to accept a bundle of letters written to him by his late estranged father.

“Daphne, anticipating that he might someday change his mind, takes the letters and hides them, but when she offers them to Simon at the end of the book, he decides not to open them.

“I hadn’t originally intended for him to do this; I’d always figured there would be something great and important in those letters.

“But when Daphne held them out, it became clear to me that Simon didn’t need to read his father’s words. 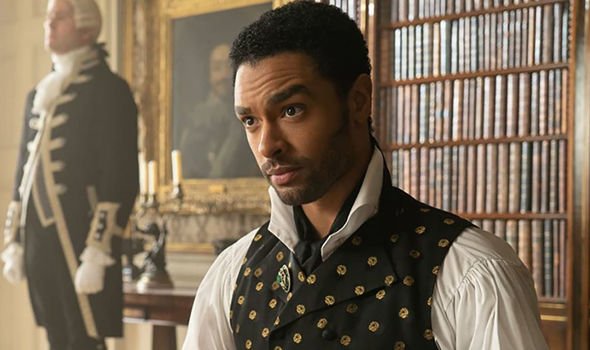 “It finally didn’t matter what the late duke had thought of him.

“Readers wanted to know what was in the letters, but I must confess: I did not.

While the story is only short and does not delve into their relationship as deeply as The Duke and I, Bridgerton fans could get a glimmer of more Rege-Jean if the series covered the short stories. 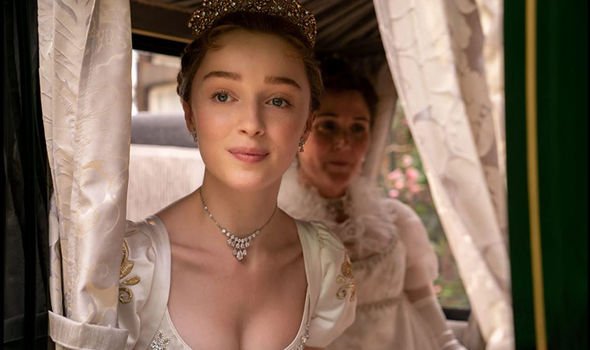 It may be this story could be excellent Christmas special fodder, but Rege-Jean would have to agree to return first.

In the story, Daphne is 41-years-old and realises she is pregnant again despite her children being almost old enough to leave home.

She had four children: Amelia, Belinda, Caroline and David, the latter of whom would become the Duke of Hastings.

In the book, it is made clear these two have not ceased in their amorous activities, given they are about to have their fifth child later in life. 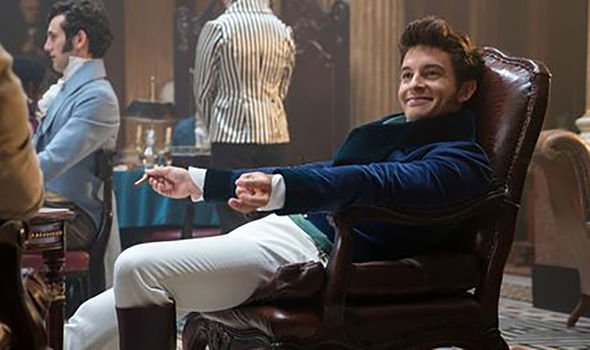 The book reads: “Seventeen years of rather delightful relations with her husband during which they’d done nothing – absolutely nothing – to block conception.”

When Daphne’s pregnancy is revealed, the couple engage in another sex scene, which certainly echoes much of their racy work in the Netflix series.

While fans are disappointed at Rege-Jean’s absence from series two, there are reasons to be excited given it is Anthony Bridgerton’s (played by Jonathan Bailey) turn to be the focus of the series.

His actions during the first book were contemptible at various points, meaning the second season of the show is likely to be just as dramatic.

The official synopsis for the second book on which the series is based, called The Viscount Who Loved Me: “But this time the gossip columnists have it wrong. Anthony Bridgerton hasn’t just decided to marry—he’s even chosen a wife!

“The only obstacle is his intended’s older sister, Kate Sheffield—the most meddlesome woman ever to grace a London ballroom.

“Contrary to popular belief, Kate is quite sure that reformed rakes do not make the best husbands—and Anthony Bridgerton is the most wicked rogue of them all.

“Kate is determined to protect her sister—but she fears her own heart is vulnerable.

“And when Anthony’s lips touch hers, she’s suddenly afraid she might not be able to resist the reprehensible rake herself…”