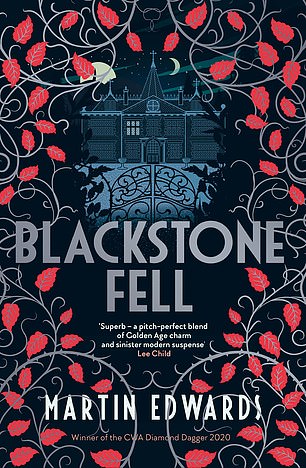 For his latest classic mystery, Martin Edwards serves up an engaging mix of ingredients familiar to fans of golden age crime. A remote village on the Yorkshire moors harbours secrets: two murders, 300 years apart, have been committed in the close confines of Blackstone Tower.

When an intrepid journalist, one of the rare women reporters of 1930s Fleet Street, also meets an untimely end, it is left to private investigator Rachel Savernake, beautiful, rich and fiercely intelligent, to identify the guilty and to exorcise the evil that permeates Blackstone Fell.

What goes on behind the walls of the sanatorium where psychiatric treatment is liable to prove fatal? What can be learned from a spiritualist whose seances, though fraudulent, provide vital clues?

The plot is intricate but never less than compelling. Martin Edwards holds his own with the best of classic crime.

Death is never far away from a wartime hosital. But in an operating room on the south coast, with its heavy intake of air raid casualties, there is added crisis when a patient dies unexpectedly under anaesthetic.

The easy assumption of an accident caused by overwork is set aside when it is made clear someone has tampered with the equipment. Even so, Inspector Cockrill doubts foul play — that is, until a second death, this time of one of the nurses, leaves no doubt that a killer is at large.

Christianna Brand uses her first-hand knowledge of the Blitz to give a vivid word picture of a close-knit medical team under intense pressure. Nerves are stretched to breaking point by Cockrill’s persistent questioning as he aims to force a confession. Meanwhile, the shocking truth remains tantalisingly out of reach. 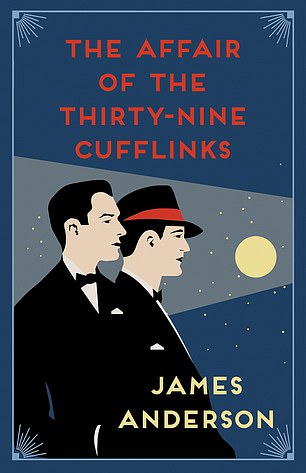 THE AFFAIR OF THE THIRTY-NINE CUFFLINKS by James Anderson (Allison & Busby £8.99, 351pp)

THE AFFAIR OF THE THIRTY-NINE CUFFLINKS

There is more than a touch of P.G. Wodehouse in the crime novels of James Anderson. The latter’s contribution is to throw in a murder, along with a detective deceptively reverential to the aristocracy.

The last two weekend house parties at Lord Burford’s rural retreat resulted in the violent death of a guest.

Then nine relatives gather for the funeral of one of their number. What follows is a wellstructured mystery dispatch of a scandalmonger feared by the rest of the group, all of whom have something to hide. For black comedy, James Anderson is hard to beat.