MR. HUMBLE AND DR. BUTCHER
A Monkey’s Head, the Pope’s Neuroscientist, and the Quest to Transplant the Soul
By Brandy Schillace

One day in the 1960s, a priest walked into an operating room in Cleveland to find a dead dog lying on the table. The transplant surgeon Robert White had drained its blood and cooled its brain to 50 degrees. The priest then looked on, aghast, as White spread a picnic cloth on the table and began munching on a sandwich.

Halfway through his meal, White asked the priest if he thought the dog really was dead. The priest said yes — right? With a merry twinkle, White set to work, recirculating blood and rewarming the brain. However groggy, the dog eventually lurched to life and began staggering around. At this, White winked at the priest. “Maybe like Christ,” he teased. “Dead and revived.”

White didn’t pull this stunt to mock religion; he was actually a devout Catholic who attended Mass daily. Nor was he simply showing off his medical skills. Rather, as Brandy Schillace explains in her delightfully macabre “Mr. Humble and Dr. Butcher,” White’s real goal was to push the boundaries of both surgery and theology, which he viewed as complementary fields — each one wrestling with big questions about life, death and the human soul.

Schillace, a medical historian at Case Western Reserve University, first learned of White when a doctor in Cleveland, aware of her love for gruesome tales, presented her with an old, blood-spattered lab notebook of White’s. It more than lived up to her expectations. The book that resulted from her fascination is partly a history of transplant surgery — especially its fraught early days, when accusations of murder, racial bias and sadism were surprisingly common. The bulk of it, however, focuses on White, whose entire life, which spanned the 20th century (1926-2010), was a series of contradictions. 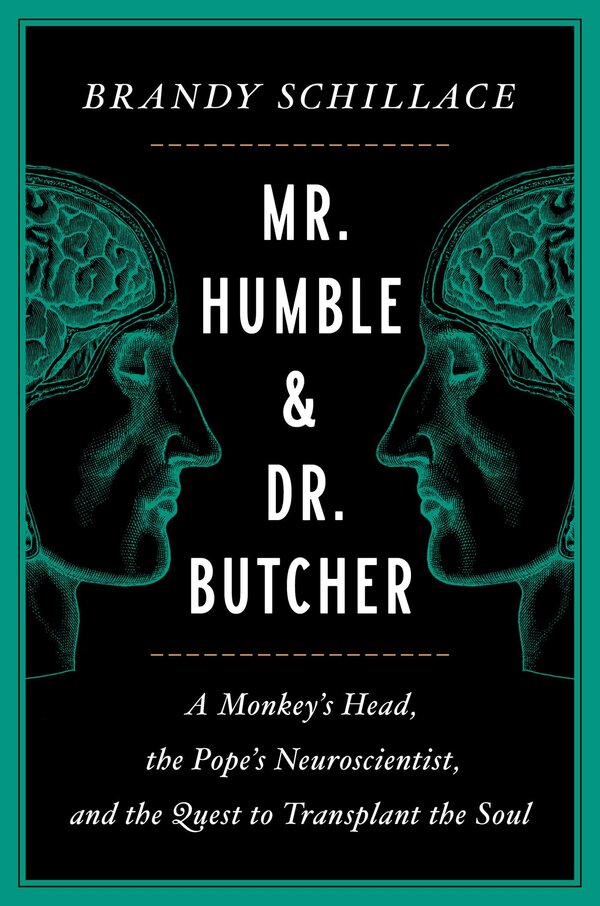 He was nominated for a Nobel Prize for developing lifesaving surgical techniques, yet also inspired shlocky horror films like “The Brain That Wouldn’t Die.” He advised the pope on bioethics, yet appalled actual bioethicists, as well as animal-rights activists. He demanded to be taken seriously by the medical community, yet strutted around on Halloween with a medical bag emblazoned “Dr. Frankenstein.” (He in fact seemed to consider “Frankenstein” not a cautionary tale but a how-to manual.) Nor did he see any conflict between science and religion. “Quite the contrary,” Schillace writes, “he viewed the operating theater as a ‘sacred space,’ a place where his God-given talents met their God-directed end.”

Indeed, White’s work got into some pretty heavy metaphysical territory. His ultimate goal in surgery was to transplant a human head from one body to another — purportedly to prolong the life of someone like Stephen Hawking. In private, though, White had an ulterior motive. He was fascinated with the question of where the human “soul” resides. In the brain? The body at large? He hoped head transplants would allow him to study the question scientifically. He also pondered removing brains from their skulls and keeping them alive in jars. Could such brains think? White argued yes. He in fact believed that detached brains might be superior to regular brains in realms like mathematics, since they could manipulate pure symbols without the “distraction” of sensory information.

This work might seem like the relic of a more brutal age in medicine. But in 2019, scientists at Yale University discovered how to reboot dead, disembodied pig brains in the lab. Moreover, surgeons in Italy and China are actively pursuing a head transplant today. “To the last,” Schillace notes, White “remained convinced that the surgery would be performed, somewhere, someday, and that his work would be exonerated.” In other words, while White may be forgotten now, his ghost still haunts medicine — a prospect that would have delighted this pious, puckish Frankenstein.