Extract: The Prettiest Horse in the Glue Factory

I decided to end my life by jumping off the Story Bridge.

It sounds dramatic but how else can you kill yourself in Australia? Guns are too hard to acquire, sleeping pills are unreliable, and I never did Scouts so I don’t know how to tie nooses. 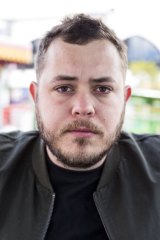 The only credible option was suicide by tall infrastructure. I’d fallen into a deep depression since Chloe’s infidelity and 15 October was the day I’d fixed in my calendar. There was no special significance to the date, I just wanted a few weeks to say goodbye to friends. I felt it would be rude to kill myself without one last coffee.

A paradox of suicide is that the time between deciding to do it and actually doing it is often filled with joy. Things glow because you’re seeing them for the last time. The whole world becomes your deathbed and everything brims with meaning. It’s like when you hand in your letter of resignation at a job you hate and the final few weeks don’t seem that bad, so by the last day a part of you almost regrets leaving.

It’s easy to see how this halo effect probably stops a lot of people from going through with it. I, however, am not a quitter, and I gritted my teeth through the happiness spike.

I was twenty-five and I was done. All my past suicide attempts now seemed so juvenile and half-hearted. This time was different. I hadn’t written a suicide note. This wasn’t a cry for help, but an ingathering of silence. I was contaminated, mutilated.

For years I had believed that love held out the one hope of cleaning me and making me whole. Now I knew the truth. Love was just another way I’d wished in vain to be fixed. There was no salvific silver bullet.

What was taken from me when I was young could not be replaced. I walked along the bridge, cyclists and joggers whizzing and panting past me as ribbons of traffic flowed by. I stopped halfway, leaning over the barrier to gaze upon the Brisbane River seventy metres below. The water was black apart from a smear of moonlight that shimmered with the current. The light of apartments and offices speckled the skyline. People were going home to their people.

A surge of self-pity rose up in me. I had been locked out of belonging, had tried to fight despite the odds. I had never belonged anywhere, though. I never had a chance. I didn’t lose; I got beaten. I pictured myself plummeting into the water which Google said height would make like concrete. I wondered what I’d think as I fell. Would I experience some titanic epiphany as my brain released DMT? Would my life flash before my eyes and make everything beautiful and holy? Probably not. It didn’t matter.

I’d half-expected a last-ditch atomic bomb of survival instinct to paralyse me, but instead there was only a feeling of resignation. The closer I got the easier it seemed. 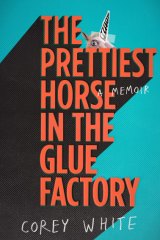 Why should I doubt something that felt so like destiny? I stood for a few minutes savouring the finality. I put my hands on the cool metal railing, prepared to kick up and over. This was the end of the thread of my life. This was how I didn’t have to fight any more. Peace awaited.

Suddenly, the pocket of my jeans began vibrating. It took a few seconds for me to realise that it was my mobile phone. I didn’t know why I’d brought it. I was going to kill myself – what did I need a phone for? To take a suicide selfie? I wdug it out of my pocket and saw a private number was calling. I answered: ‘Hello?’ ‘Hello,’ a woman replied. ‘Am I speaking to Corey White?’ ‘Uh, yeah. Look, I’m sorry but I’m kind of busy at the moment.’ ‘That’s okay, Corey. I just need to let you know this call will be recorded and monitored for quality and training purposes. Can I interest you in saving some money on your mobile phone bill?’

I burst out laughing, my body a cannon sending great cackling cannonballs ringing out in the darkness. I roared and gasped, doubled over, because I was about to save a lot of money on my mobile phone bill. My new plan would be pretty hard to beat: zero dollars for eternity.

I howled and shrieked at the sheer bleakness of my life. Everything had gone wrong: grew up in foster care, mother dead of a heroin overdose, father gone who knew where, raped, an ice addict, mentally ill, betrayed by the love of my life, and now, as I readied myself for suicide, a telemarketer had fucked that up too.

I couldn’t catch a break. If I leapt off the bridge, I’d probably land on a boat carrying mattresses. Abruptly, I remembered the telemarketer on the other end of the line. ‘Hello? Are you there?’ She was gone, understandably.

There’s only so long you can listen to a customer laugh maniacally before you have to accept the sale ain’t gonna happen. Serotonin, norepinephrine and dopamine – the whole neurochemical shebang – waterfalled through my body, ruining my suicidal mood.

Readers seeking support and information about suicide prevention can contact Lifeline on 13 11 14.

This is an extract from Corey White’s memoir The Prettiest Horse in the Glue Factory is published by Penguin on July 16. Corey White appears in conversation with Denise Scott, Cinema Nova, July 17.