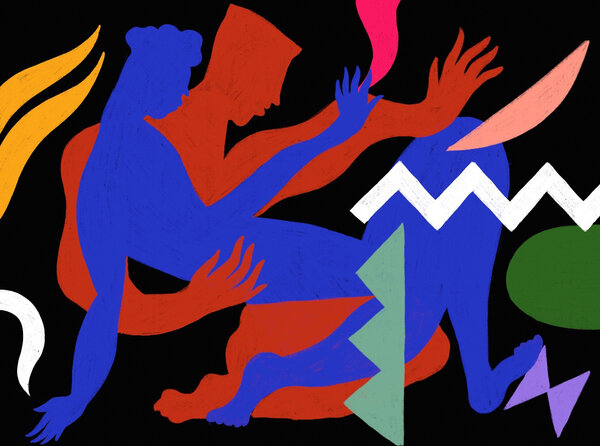 MONSTER IN THE MIDDLE
By Tiphanie Yanique

“Monster in the Middle,” Tiphanie Yanique’s third work of fiction, begins with a map; and we’re already primed to go wherever she wants to take us. Both her debut collection, “How to Escape From a Leper Colony,” and her subsequent novel, “Land of Love and Drowning,” dived deep into the Caribbean Sea, leaving us magnificently unmoored amid the U.S. Virgin Islands. Her latest, a novel in stories (previously published everywhere from “The Best American Short Stories” to The New Yorker), is a marriage of these forms, but it is a departure from all of our expectations.

We know this map — it’s America, and it’s here to orient us for the two generations’ worth of narrative ahead. The novel itself is a mapping: of parents and their children who feel worlds apart in experience, but who are linked by lofty dreams and lowered expectations, by the journey through all the bittersweet peaks and shadowed valleys of a love affair with this country. What follows will be a cartographical examination of marriage, sorrow and madness as carefully plotted as the map the novel begins with.

The opening tells us we will meet a young Black couple, a music theorist named Fly and a biology teacher in training, Stela; but before they meet each other — in a locked-down New York in 2020 — we will hear from their two sets of parents, who together have written “Love Letter,” the book’s epistolary preamble. “Please pay attention, knuckleheads,” the collective parents implore their children. Here Yanique lays out her premise, simple on its face, loud and clear: “When you meet your love, you are meeting all the people who ever loved them or who were supposed to love them but didn’t love them enough or, hell, didn’t love them at all.”

Like the key to Yanique’s map, “Love Letter” prepares us to keep our eyes open throughout the book for symbols, and teaches us early to measure these according to her scope and scale. Religion in a father’s story is revisited as religious fervor for the son. The security of marriage as defined by a mother is mistranslated in a daughter’s extramarital affair. Theft and sex become so deeply intertwined in the roots of these lineages that Yanique teaches us, deftly, to expect one when we see the other. Back and forth, through time and space, we examine the human propensity to love, to fail at loving, to love again.

“Oakland Gomorrah” travels to 1989, when Gary Lovett — who later will beget Fly — is on the run from the voices in his head with his white girlfriend, Ellie. In later stories, Ellie will continue to haunt Gary’s future wife (and Fly’s mother), a Black woman named Ellenora, from a photo frame he keeps on their mantel. For now, the interracial couple’s escape route from San Francisco to Memphis, “a winding penance,” comes to an abrupt halt at the Lorraine Motel, where the Rev. Dr. Martin Luther King Jr. was shot. What was meant to be one stop on their journey quickly becomes a fork in their road.

In later tales, Fly will be scared to lose his marbles the way his father has, both figuratively and literally. Marbles become a touchstone as Fly holds them in his hands, his mouth, as he moves through all the pockets of his Black boy adolescence, into Black adulthood, Black love.

We need the touchstone, we crave it as the stories go on, jumping in time and between different perspectives: Fly, Ellenora, a third-person omniscient narrator, Stela’s mother, nicknamed Mermaid, who grew up orphaned in St. Thomas. As Stela’s stepfather puts it, “It takes a village to raise a child. But I can tell you honestly that it takes an ancestry to make a man or a woman.”

An ancestor is more than just an antecedent, and the short stories stand mighty on their own. The transitions between these distinct voices are sometimes jarring. This is intentional: As in life, the chapters are shaped, shaken, cut short by what it means to be an American — Black American, American immigrant, Caribbean American, qualify and hyphenate at will. Again and again the characters fail to understand one another, fail to speak the same language. They are trapped in “Othello”-like tragedies of miscegenation, because of course multiculturalism is the thing the characters all have in common, the most American thing there is, and the thing that keeps derailing their happiness.

As with words on either side of a hyphen, it takes reading these stories side by side, front to back — taking them as a whole — to truly understand the characters’ history. Yanique’s most hopeful tales are bifurcated by disaster: the Vietnam War, the Challenger explosion, the Columbine and Virginia Tech shootings, the police killings of Black people and the outbreak of “a virus that, when under a microscope, looked like the life-giving sun.” Split in two and laid bare, her characters only want to love earnestly.

“The question you must have is, what is at the middle of it all?” Stela’s father narrates in the title story, which arrives smack dab in the center of the novel. “Myth and magic, both.” Across her borderless, boundaryless novel, Yanique is telling us a myth of her own. By the end it is clear that this is our mythology. On this tumultuous mapping of American magic, we find ourselves at the center. This novel boldly tells us: You are here.