From Miriam Toews, a Tragicomedy About the Dysfunctional World of Adults 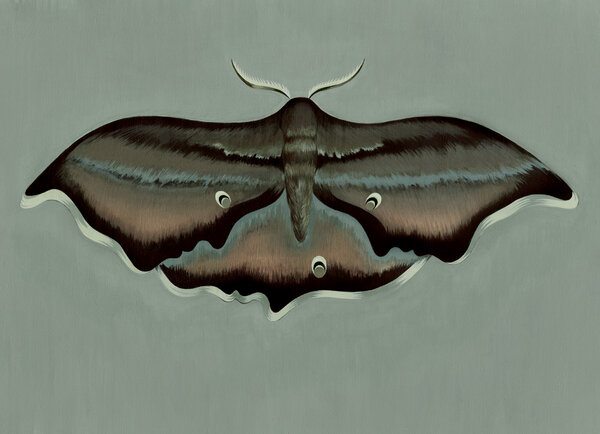 I’ve heard it theorized that every great artist circles her own central fire, a core trauma too bright and too hot to touch yet whose light is caught, refracted, in her works. Miriam Toews gets so close to the fire that the pages of her books may as well be singed. Most of her novels contain some version of her sister, some version of her mother, some version of herself, some version of the restrictive Canadian Mennonite community in which she was raised. She is the kind of writer for whom the act of writing is clearly more important than being read. Her books are an excavation, an attempt to give shape to her own pain, like a moth who longs to catch the candlelight in its wings.

Toews’s fire is a twin flame: the suicides of her father and sister, a decade apart, both by stepping onto train tracks; and the authoritarian, patriarchal Mennonite values that she escaped. “Fight Night,” her eighth novel, finds its characters in the aftermath of it all: The suicides are long in the past, the Mennonite village long left behind. “What makes a tragedy bearable and unbearable is the same thing,” she writes, “which is that life goes on.”

“Fight Night” is the story of three generations of women as told by the youngest of them. Nine-year-old Swiv is a tangle-haired child who lives with her mother and grandmother, Elvira. Their voices course through her — she sometimes mimics their phrases in italics (“entered menopause,” “fine fettle,” “nesting instinct”), and sometimes holds a tape recorder directly up to Elvira as she tells “The Truth About Mom.” Toews is a master of dialogue, and she swirls the adults’ perspectives through Swiv’s imperfect ventriloquism as if she were mixing paints.

The book is written as a letter to Swiv’s absent father (“Dear Dad,” it begins, “How are you? I was expelled”), though he is so absent that even Swiv seems to forget this. The reader is pulled into the intimacy of a dysfunctional family whose unconditional love would make any truly dysfunctional family jealous. The three women stand alone, together, against the universe, so closely molded against one another’s jagged edges that their individual outlines blur. Swiv’s mother is pregnant, and her mood swings shake the household; as Swiv puts it, “Mom goes scorched earth,” getting into arguments with strangers and gargling oregano oil to calm herself. She leaves Swiv a note quoting the British psychoanalyst D.W. Winnicott by way of apology: “It is important to fail at mothering,” she writes, along with a smiley face and a “Ha! Ha!”

Elvira is a larger-than-life figure: Unafraid of death — of anything, really — she wears velour track suits and sprays passing cop cars with her garden hose. “Grandma jokes all the time and if she’s being serious she half-jokes,” Swiv writes. Elvira home-schools her in “How to Dig a Winter Grave,” sudoku, dream analysis and math, making up problems like calculating when their heights will meet (the solution to all equations, according to Elvira, being “who knows”).

Swiv’s voice sounds far older than her 9 years, which is understandable given the responsibility she shoulders. She cares for her grandmother, tending to her “hard, crispy feet,” lifting up her rolls of flesh to bathe her, combing back her soft white baby hair, serving as “Grandma’s human walker,” measuring out her heart medications and picking up the pills Elvira scatters with a gleeful “Bombs away!” Swiv’s anxieties pulse under the narration — she knows her grandmother will die, and worries her mother will kill herself as Swiv’s aunt and grandfather did. The book holds onto the past while leaving it beneath the veil — the methods of those suicides are referenced only inscrutably, the Mennonites are named only as the “town of escaped Russians,” Elvira’s native Plautdietsch is referred to only as her “secret language.” The real pathos of the book is in the present tense, in the child who grows up too fast.

Toews’s flavor profile of choice is the bittersweet, the tragicomic. “He looked sad and happy at the same time. That’s a popular adult look,” Swiv notes. “Do you know Shakespeare’s tragedies?” Elvira asks. “People like to separate his plays into tragedies and comedies. Well, jeepers creepers! Aren’t they all one and the same?” The deeper the wound, the more urgent the imperative toward the light. This book lives so much further from the flame than some of Toews’s others that the sweet threatens to overpower the bitter, to edge toward the saccharine. The pregnant mother, the dying grandmother — the end is in sight from the beginning, and Toews doesn’t steer away from a climax that knots the bow too perfectly. Elvira is the name of Toews’s real mother, for whom the book is a love song, without anger, though with a lot of pain. “Mom and Grandma know things about each other that they just have to contend with because that’s how it is,” Swiv writes. “They don’t mind. They know each other.” If the book’s overwhelming tenderness makes the reader cry, they’ll be, as Swiv’s mother teaches her, “tears of happiness.”

One of the foundational tenets of the Mennonites is pacifism, to which the novel feels like an explicit reaction. “We’re a family of fighters,” both Swiv’s mother and grandmother tell her. In Toews’s previous novel, “Women Talking,” the women of a Mennonite colony in Bolivia debate how they will respond to a series of horrific rapes. They give themselves two options: stay and fight or leave. They go, unable to conceive of what it would mean to fight. In “Fight Night,” the women understand that it means to survive. “Joy, said Grandma, is resistance,” Swiv writes. “Oh, I said. To what? Then she was off laughing again and there was nothing anybody could do about it.”