From Schizophrenia to Megalomania, Three New Books on Mental Illness

THE EDGE OF EVERY DAY
Sketches of Schizophrenia
By Marin Sardy
304 pp. Pantheon. $25.95 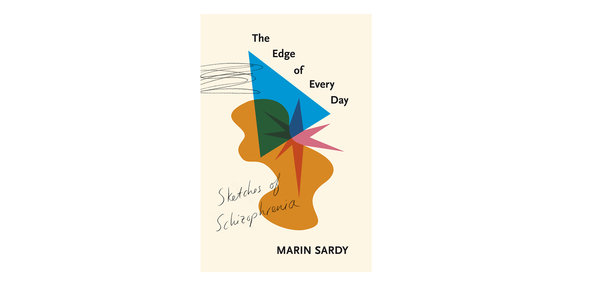 According to her mother, Sardy’s father was swept away in a tsunami in Hawaii in the mid-80s. He drowned and a stranger took his place. This man was very helpful and began taking care of the family, and after a while nobody noticed anymore that he wasn’t their real dad. Sardy’s mother knew the truth, though. He was a replacement. She called him Mr. Ree.

Mr. Ree is one of many altered realities created by Sardy’s mother — a product of the paranoia, hallucinations and delusions that characterize schizophrenia. Mental illness runs through four generations of Sardy’s family, and this memoir is a dizzying reflection on her unwanted inheritance. While the story initially focuses on her mother and her struggles with the disease, it quickly shifts to the author’s brother and the mental demons that transform their relationship.

Sardy often refers to her own struggles with depression, but occasionally hints at something more. “I kept having moments in which I would look around and feel that nothing I saw was actually there. Or conversely, that all was as usual and I myself did not exist,” she writes. It is unclear whether these are literal insights into her mind, vivid metaphors or merely an expression of fear that her own brain may, as a result of genes and shared environment, be showing signs of mental disruption.

Sardy’s writing is accomplished yet disjointed, with no adherence to structural norms. An unexpected history of the Soviet gymnast Svetlana Boginskaya is followed by a dive through Sardy’s grandfather’s financial wins and losses, before we encounter Gram Julia and her belief that Japanese soldiers are hiding in her walls. If all this sounds confusing, it’s because it is. But by ignoring traditional narrative structure, jumping back and forward in time, subject and thought, Sardy skillfully reflects the “narrative crisis” that occurs in people with mental illness. The book itself offers a glimpse of the reality of living with schizophrenia and the multiplicities and contradictions that accompany the disease.

When Shekhar Saxena, director of the World Health Organization’s mental health unit, was asked where he’d prefer to be if he were diagnosed with schizophrenia, he said a city in Ethiopia or Sri Lanka, rather than New York or London. In the developing world, he explained, he had the potential to find a niche for himself as a productive, if eccentric, member of a community, whereas in the modern, Western cities he was far more apt to end up stigmatized and on the margins of society.

It is a damning insight into psychiatry’s current state of affairs and one reflected time and again in Harrington’s comprehensive history of our search for a biological basis of mental illness. It is a tale without a happy ending. The “biological revolution” in which scientists threw away Freudian teachings in search of the underlying biology of disease is, according to Harrington, an era of psychiatry that has overreached, overpromised and overdiagnosed. It is morally compromised, has been tainted by racism, sexism and money-grabbing, and has left too many people shamefully underserved.

“Mind Fixers” is a shot at telling a “better, more honest” story of psychiatry’s troubled past in order to help us learn from our mistakes. It is a laudable venture, in which Harrington’s intellectual precision and exacting research cannot be faulted. Yet in its dogmatic approach, her tale lacks a certain empathy, which can make it difficult for the reader to maintain the passion for the subject that Harrington herself clearly possesses.

The change Harrington envisions for psychiatry would ultimately involve doctors concentrating on the most severe forms of mental illness and handing back power to nonmedical workers — counselors, social service providers — to give patients a broader range of care. It’s a bold plea, one that would no doubt improve the health care system. But based on her own reflections about the past, it seems likely to fall on deaf ears.

Child A was born among falling bombs, dominated by his father, punched, kicked and whipped. This child lost his brother, got into fights and ran away from home at 15 to live on the streets. Child B was also abused by his father, had illnesses and injury that marked him physically, lived in poverty and left school early. The first of these boys became the rock star David Clayton-Thomas, whose debut album with Blood, Sweat and Tears sold 10 million copies. The other was Stalin.

In “Tyrannical Minds,” Haycock uses such tales to illustrate that childhood experiences do not by themselves make tyrants. It takes a special sequence of events, he argues, specific personality traits united with genetic predispositions, social factors and political imbalance to create the world’s most brutal leaders.

Through these men — and they are all men, something that Haycock acknowledges but regrettably does not delve further into — he paints psychological portraits of evil. Hitler, Idi Amin and Kim Jong-un are among those under his microscope, each providing evidence that shared psychological traits such as malignant narcissism, Machiavellianism and paranoid thinking are the backbone for cruel and dictatorial actions.

Haycock is careful to emphasize that explaining something that is evil is not the same as accepting it. It would be obscene, he says, not to try to educate ourselves about such horrors, to understand exactly why they happened and to consider ways to predict and stop them from happening again. This is a worthy endeavor but one that he does not fully pursue. Rather than the challenges of psychological profiling and crime prevention, he focuses the final chapters on Donald Trump and the behaviors of tyrants that he appears to admire or copy. It’s an interesting and fluent analysis of the president; yet one, perhaps, that you have heard before.

Helen Thomson is the author of “Unthinkable: An Extraordinary Journey Through the World’s Strangest Brains.”