Game of Thrones ended with ANOTHER Stark ruling: Sansa was wrong about the ‘true king’

First, let’s get it out of the way. Did the honourable and always honest Stark children just pull off the biggest coup in the history of Westeros? Plenty of people have already pointed out how positively Machiavellian Bran was by biding his time and nudging events to ensure he took the throne. Meanwhile, Sansa coolly walked away with almost half of the continent and her own crown. She had momentary pangs of guilt that she had robbed Jon of his rightful place as King In The North, but she was completely wrong. He never was, nor could he be. But he still ended up with the ‘throne’ he deserved. The script spelled it out.

The script for the final episode was published online. During the Stark sibling partings on the quay at King’s Landing, Jon tells his sister: “The North is free thanks to you.” Sansa replies: ‘But they’ve lost their true king.”

Firstly, she is wrong on a purely technical point. If Jon was the acknowledged Targaryen heir, he would legally be King of all Seven Kingdoms. But he was never revealed as Aegon Targaryen.

Now The North is no longer part of that throne, Jon has absolutely no claim to the crown at Winterfell. The North has reverted to the Stark line and Jon is not the heir because we now know who his real parents were.

Eddard Stark’s children are the heirs to the North and Jon turned out to be not his illegitimate son but his nephew. Bran would be the eldest heir if he wasn’t discounted by taking the throne at King’s Landing. Sansa is the next eldest legal Stark.

In the final twist, Jon is the “true king” but not of the North.  He was also heir to another ‘kingdom.’ The scene descriptions and script notes make this clear. 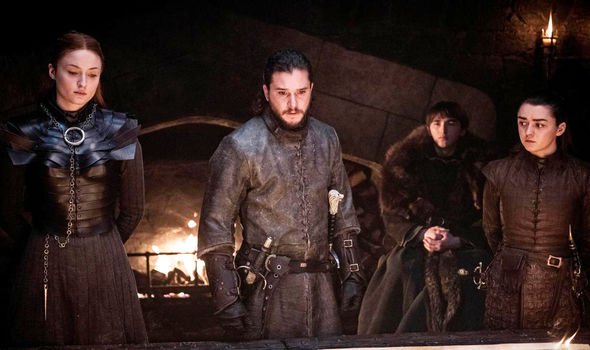 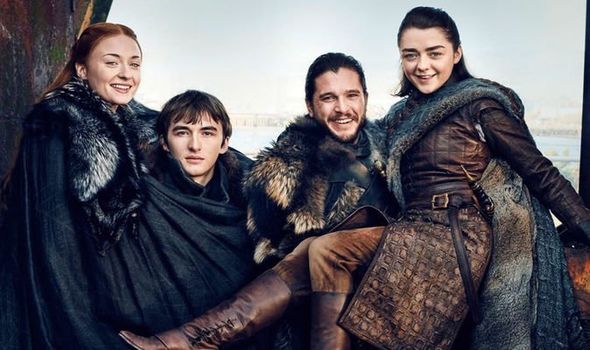 The script hammers it home: “CASTLE BLACK MAIN COURTYARD – DAY. Jon walks down the last few stairs to the ground level, where the last of the Free Folk await him… Jon steps forward into the sea of waiting faces. There is no suspicion in those faces, no awe. Only trust. The Night’s Watch used to hunt them, but they will follow this Night’s Watchman.”

When Jon linked up with Mance Rayder, the wildling leader was commonly referred to as The King Beyond The Wall. And he clearly saw in Jon a potential and worthy heir. The Free Folk speak to Jon in the way no people or lands south of the Wall do. Their freedom of spirit matches his Stark wildness.

Jon may have been sent back to the Night’s watch and the Wall, but the final shot of the entire show makes it clear he is not staying there. And the script makes it even clearer what his destiny is. Where he has always belonged.

Jon is riding north, beyond the Wall. He looks back over his shoulder at his past, at everything behind him. What lies ahead is his future. 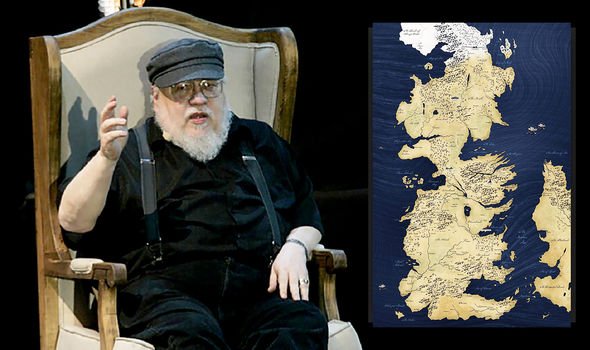 Effectively, the Starks now rule all three parts of Westeros – The Six Kingdoms, The North and The Lands of Always Winter.

What lies out there is Jon’s now. There is no Night King, no other king human or not. There is little need for a Night’s Watch, whatever Tyrion’s flippant comments may say. And Jon, it appears, is done with listening to everyone else. He is still a Night’s Watchman because that oath is for life (and life after death) but he will forge it into something new.

With a direwolf by his side and Tormund and the last remaining wildlings, Jon has effectively become the King Beyond The Wall. He never wanted a traditional throne but he is a born leader and will accept his duty and destiny, finally where he belongs.

Jon has the kingdom he deserves and his best bet at being true to himself. You might not know it from his face, but he got his happy ending.