‘Had I Catfished My Wife?’: A Debut Midlife-Crisis Memoir

THE LIE
By William Dameron

Google “40-year-old white man” and you’ll invariably come across William Dameron’s photograph. The image — he lies on a pillow staring into the camera, a hand held to his forehead — is indexed near the top of some 10 million search results. He looks to be in his mid-40s, graying handsomely at the temples. A wedding ring can be seen on the appropriate finger (an important compositional element, this). As far as selfies go, it is unremarkable. But as Dameron himself later discovered, this was the appealingly Everyman image that cyberthieves had selected for a global catfishing operation. His face — here listed as “Dieter Falk on the social network VK in Berlin,” and there as “Peter, an I.T. consultant in Melbourne” — was used on dating sites around the world to scam women (and a few men) into believing they’d found love. For Dameron, this discovery held a kind of cosmic irony. “For most of my life, I had pretended to be someone I was not,” he writes in “The Lie,” his debut memoir, “and now I had become the one others pretended to be.”

“The Lie” surveys an underexamined aspect of queer experience: that of the closeted partner and parent. Dameron, a married father of two girls, carried the burden of his own deception for more than two decades, and had come out prior to discovering the catfishing scheme. “After a lifetime of being an impostor, I could manipulate a situation,” he admits. A family’s deceit is often transactional. Lies are bought and sold on an intimate market. Dameron’s stolen identity, then, assumes the form of a karmic bill. “Had I catfished my wife?” he wonders uneasily.

Dameron grew up in the South, where queerness was to be concealed at any cost: “I had learned by the time I reached the age of reason that my dreams were not fit to share.” Dissembling was an early survival skill. Subtle modulations of voice and gait were practiced with the thoroughness of a method actor. (An early memory: A female classmate notices the swish of his walk, and shouts, “I wish I had a porch swing like that!”)

He would find little help at home. His father, a womanizing man’s man — he proudly urinated with the door open, we’re told — left the family when Dameron was young. His mother was homophobic, and suspected what Dameron was before he himself did. “She had a list of words that she pulled out of her quill, tendencies, leanings, preference. They were all words that suggested what I felt could somehow be corrected.” 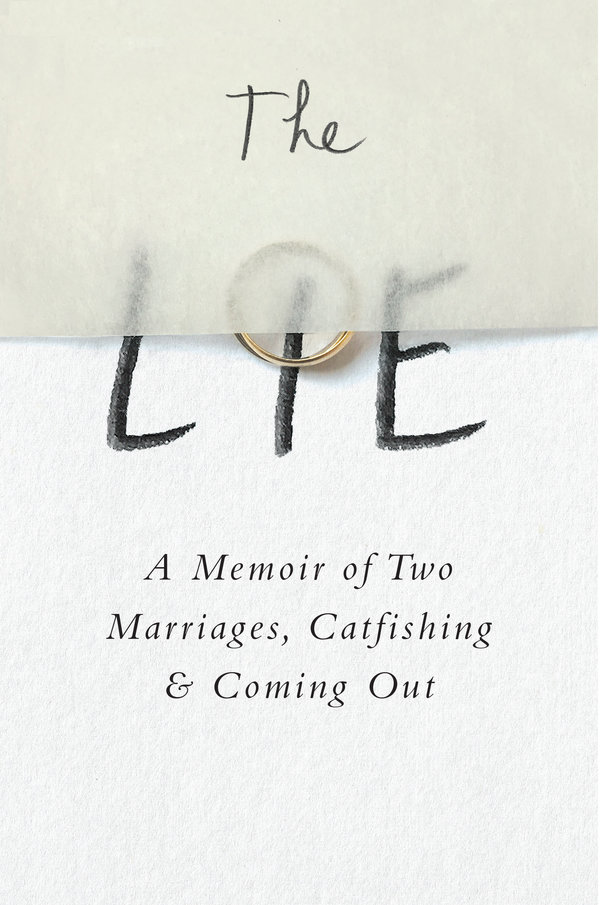 Dameron married in his early 20s, a sort of desperate lurch toward “normality.” Though he and his wife, Katherine, would build a loving family together, their marriage delineated an unspoken absence. (“Sex has been a semiannual event for years, Bill,” his wife says during couples therapy.) Dameron suggests that Katherine’s undiagnosed anxiety disorder stemmed from the subterranean hum of her husband’s secret. “She was in love with a ghost,” he writes, “and every time she looked at me, she could sense but not name her own haunting.”

When Dameron realizes he’s in love with his new (straight) friend Enzo — “I’m so gay,” is how he stamps his awakening — it sets in motion a crisis of identity. He becomes a gym rat and experiments with steroids in the hopes that Enzo will notice his body. When Katherine finds the bag of drugs buried at the back of the closet, she confronts him with both daughters in tow. The family unit begins to waver and distort, bent by the weight of the lie. At last, in a late-night Walmart parking lot, Katherine asks Dameron point-blank if he’s gay. “Doesn’t she already know the answer?” he thinks. “I don’t want to be,” he replies.

Dameron’s most compelling writing presses sharply on these brittle beds of shame. It grants particular moments a sinuous, transgressive quality felt most keenly in his Knausgaardian self-loathing and devouring obsession: “When you love someone, in a way, you want to become them.” But outside of these darkly animated interludes, Dameron’s prose is hampered by stilted dialogue, left-field coarseness (“I deposited that image into the spank bank,” he says of a young weight-lifting pair) and banal observations that strain toward philosophical heft: “Though we might try to forget the past, it does not forget us, and like the tide, it returns.” It isn’t bad, per se, it’s simply never unexpected.

Of greater interest is the piecemeal community Dameron assembles during his freefall. Linda and Debra, two lesbians whose basement he rents, charm with a devoted, nurturing bustle, while a “Coming Out Later in Life” support group offers Dameron validation and camaraderie of a kind he’d never before experienced: “They were my first real male friends.” Each grooms Dameron for the love he discovers in his future husband, Paul, himself a father of three.

“The Lie” may well anticipate a rich vein of queer memoir, that of the gay family man whose secret truth risks toppling the domestic edifice. It tamps down the tall grass of untold experience, however clumsily, and makes visible a rough but traversable path.

Near the end of the book, Dameron offers the following as a kind of prayer: “We are not the first generation of queer people who have found ourselves trapped in a straight marriage, but please God, let us be the last.”

Dustin Illingworth has written for The Atlantic and The Nation, and is a columnist for The Paris Review.