THE COMMITTED
By Viet Thanh Nguyen

What the immigrant, the ghost, the spy and the war have in common is that they are all gothic subjects, both haunted and haunter, notoriously difficult to contain. It is to his eternal misery (and many a reader’s delight) that the narrator of Viet Thanh Nguyen’s extraordinary 2015 novel “The Sympathizer” happens to be all four.

Born to a Vietnamese mother and a French father, our narrator is a Communist mole, embedded among the South Vietnamese forces throughout war and beyond. A “spy, a sleeper, a spook, a man of two faces,” he betrays his way from Saigon to Los Angeles and back — only to end up imprisoned in Vietnam, confessing all his sins during his “re-education.” Equal parts Ellison’s Invisible Man and Chang-rae Lee’s Henry Park, Nguyen’s nameless narrator is a singular literary creation, a complete original.

Fortunately for us, this tormented double agent is back for another serving of ghostcolonial discontent in Nguyen’s showstopper sequel, “The Committed.” How fitting: After all, isn’t it the nature of the immigrant, the spy, the ghost and the war to return? (Nota bene: You need not have read “The Sympathizer” to enjoy “The Committed,” but why deny yourself the delirious, hair-raising pleasure?)

“The Committed” begins in 1981, two years after we last saw our narrator preparing to flee Vietnam by boat. Flee Vietnam he has, via an Indonesian refugee camp. Now traveling under the nom de guerre Vo Danh, our narrator is once again in the wind, driven by his only commandment: “We will live!” His many travails have clearly not dulled his mordant wit — “Ah contradiction! The perpetual body odor of humanity!” — or his inner turmoil. Vo Danh is still a man at odds with himself, a 17th parallel in the flesh, a man with the Janus-like talent of seeing both sides of any situation, which he acknowledges is both a talent and his curse.

Unwelcome in Vietnam or the United States, where he murdered two men to protect his cover, Vo Danh needs a home — or at least a home base. Where is a Eurasian former Communist spy to go? To his French fatherland, naturally. And so, faster than a French para can cry “Dien Bien Phu,” Vo Danh lands at Charles de Gaulle. Along for the ride is his blood brother and fellow re-education camp graduate Bon, an all-around badass who has made it his life mission to kill all the Communists in the world — starting with the Vietnamese variety. Bon has no idea that Vo Danh himself was once a dedicated Communist agent, who betrayed nearly everyone they knew. Were Bon ever to discover the truth, he would kill our narrator without hesitation. 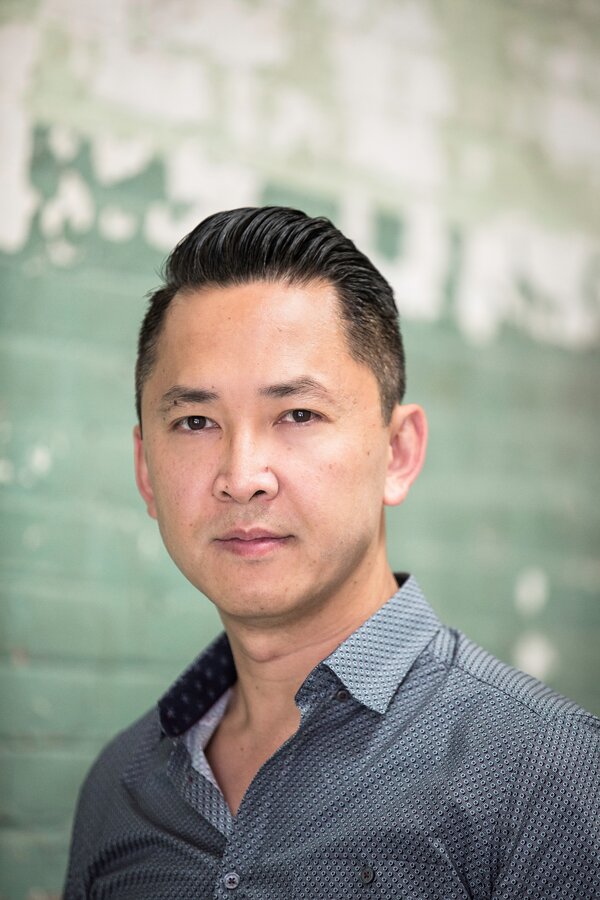 “It’s a matter of principle,” Bon explains with a smile, when goaded with a hypothetical.

Vo Danh claims he’s done playing the spy. But that’s the trouble with the spy, the immigrant, the ghost, the war: Once you’re in, it’s so hard to get out.

After all they’ve survived, the friends desperately need a new start, but the scars they carry make any hope of regeneration a serious, if not impossible, challenge. Vo Danh is burdened by all his failures and betrayals, but especially by a multiplicity of ghosts — his mother, his father, the Communist agent he allowed to be raped and tortured, and, most immediately, the men he killed in the States, who give him lip at the most inopportune moments. Bon has his own burdens; he still mourns the wife and child who died during the fall of Saigon.

Over both men hangs the American War and the country that they lost, and that lost them. And France itself is packed to the rafters with colonial ghosts of all kinds. The city of lights, for a couple of colonial trauma-cases like them, turns out to be (if you’ll pardon my pun) a city of wights.

Like the good revenants they are, Vo Danh and Bon immediately fall in with an underworld acquaintance from their refugee camp days, a crime boss named, well, the Boss, who runs drugs, a protection racket, a brothel named Heaven and the worst Asian restaurant in Paris, staffed by a murderous crew called the Seven Dwarves. Bon becomes an enforcer while Vo Danh mostly scrubs the restaurant’s awful toilet. Our narrator, however, is nothing if not resourceful. His aunt (who is not really his aunt) and her white French confreres have lost their resident hash dealer and with the blessing of the Boss, Vo Danh steps in. Not the first revolutionary to become a drug capitalist — and not the last. To avoid the gaze of the “Repressive State Apparatus” he disguises himself as a stereotypical Japanese tourist, with requisite camera and protruding teeth.

Soldier and spy, neither Bon nor Vo Danh is particularly well suited for the anonymous life of the immigrant civilian. The reader almost senses their relief when a new war breaks out. Another group of immigrants — a band of French-born Algerians — resents the drug competition, and there are stabbings, shootings, kidnappings, C.I.A. gadgets, interrogations and torture. If that’s not return-of-the-repressed enough, the old war resurfaces as well. The faceless man who tortured both Bon and Vo Danh at the re-education camp is now working at the Vietnamese Embassy. Bon sets his sights on killing him, and Vo Danh sets his on trying to stop his friend — for he knows something that Bon doesn’t.

As you can see, “The Committed” indulges in espionage high jinks aplenty, but in truth the author is not as interested in them as a cursory plot summary might indicate. Nguyen is no le Carré and doesn’t wish to be. The novel draws its true enchantment — and its immense power — from the propulsive, wide-ranging intelligence of our narrator as he Virgils us through his latest descent into hell. That he happens to be as funny as he is smart is the best plus of all.

Halfway through the novel, Bon says to Vo Danh: “It’s guys like you who have to talk. If you don’t talk, you’d die.” Vo Danh does talk, a lot, a critical patter that’s as exhilarating as any of the novel’s generic twists. For a ghost-chained man like him, it’s his way of living in a broken world, of assembling new stories from the napalmed rubble of the old, of battling all the forces that would erase and distort him. As both victim and beneficiary of coloniality’s contradictory radiations, Vo Danh is exquisitely attuned to the complex ways that former colonizers forget their crimes (and former colonized, their complicities), and how whiteness and its allies will accuse people of color of absolutely everything — no evidence necessary. In his forever war against the forces of colonialism and white supremacy, Vo Danh is still a revolutionary, even though he perceives the bitter truth that revolutions always fail their followers, and his is no exception.

By the end of “The Committed,” its cover as a spy novel is blown and its true genre is revealed: It’s a ghost story, if it’s any kind at all. The novel’s tension derives not from whether Vo Danh will survive the drug war or his past offenses, but whether this spectral man will, in the fullest meaning of the word, live.

Vo Danh might long for an end to his wars, but he can’t stop prosecuting his ghost battles, in the past or the present, can’t see the world through any other lens. A condom recalls Vietnam’s colonial rubber plantations. A disrobed prostitute evokes the face of the Communist agent he helped destroy. His dead mother finds him no matter where he is or what he’s thinking. He is that ghost who clings to his hauntedness as you or I might cling to life. His allegiance to his spectrality is perhaps his truest commitment. Even his false name — Vo Danh, literally No Name — is what’s carved on the headstones for unidentified bodies. He embodies the maxim that while colonialism’s atrocities are never past, its victims are never present either. Vo Danh isn’t alone in his plight: Everywhere he looks in France he encounters others like him, whom coloniality has both ghosted and made ghosts of. The condition of the native may be a nervous condition, as Fanon observed, but it is also a collective one.

“If you don’t talk, you’d die.” Bon got it half-right. If Vo Danh didn’t talk so much, I suspect he would have to find a way to declare a truce with himself, and who knows where that might lead? To feeling, to mourning, perhaps even, dare I say it, to life?

Two related questions that echo through our narrative and our narrator:

“Could a dead man commit suicide?”

“How do you forgive the unforgivable?”

The first is easy: Of course a dead man can commit suicide; he only has to choose life. At the end of the novel, the ghost who is given pride of place in the narrator’s heart, his mother, is reborn, slightly, beautifully. A premonition that even someone as spectral as the narrator might have a chance at resurrection too.

The second question is trickier and each of us must decide, in a culture like ours where forgiveness is nowhere to be seen, if that’s even something we believe in anymore. Nguyen does not answer this all-important question for us — he’s too smart a writer to truck in platitudes — but if this incandescent novel teaches us anything, it is that forgiveness is a joy of the living, not the burden of the dead.

In my enthusiasm, I’ve forgotten my critic’s duty to point out deficiencies. There are some. The jokes can sometimes overstay their welcome. The narrator, acutely sensitive to racial discourses of every kind, uses the word “spook” without reflecting on its racist resonances, a missed opportunity.

Yes, a very big one: