AJP Taylor, one of Britain’s finest historians, once said, “When I write, I have no loyalty except to historical truth.” His words should inspire anyone who is engaged in the study of the past. But what if the quest for truth is brazenly thwarted by the machinery of the state, even in defiance of legal and moral obligations? That is the aggravating problem that has confronted me over the last six years, since I began my research for a biography of Lord and Lady Mountbatten, the extraordinary couple who had a central role in our public life through much of the 20th century.

Their influence stemmed not only from connections to royalty and the aristocracy, but also from the power of their personalities. The uncle of the Duke of Edinburgh and mentor to Prince Charles, Dickie Mountbatten had a long, colourful career that included spells as Viceroy of India and Chief of the Defence Staff.

But he was never far from controversy, epitomised by the disastrous Dieppe raid of 1942, and his murky involvement with the undemocratic plot to oust Labour’s Harold Wilson as Prime Minister in 1968.

His private life was exuberantly unorthodox, featuring celebrity liaisons, bisexuality and perhaps a dash of sadomasochism. His wife Edwina, an indefatigable relief worker, was equally unconstrained by convention. Among her many intensely close relationships was one with Jawaharlal Nehru, the first Prime Minister of independent India.

Focused on two such rich characters, my book became a bestseller when published in August 2019. Yet I knew that, despite this success, the biography was frustratingly incomplete due to the hostile stance of the authorities towards my research in the Mountbatten archives.

For historians, primary documents are the key material of our craft, the equivalent of grapes for a winemaker. In the case of Lord and Lady Mountbatten, I was particularly interested in their personal papers held in Broadlands archive – named after their majestic estate in Hampshire – at Southampton University. 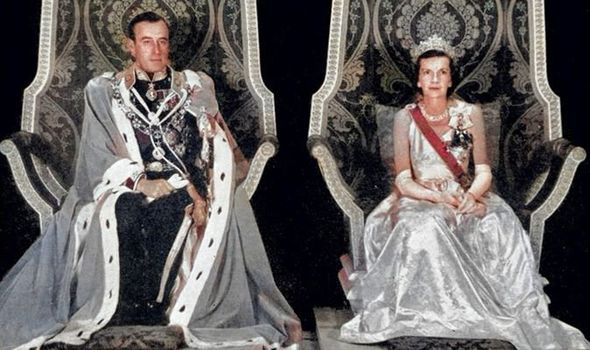 With great fanfare, Broadlands archive was “saved for the nation” in 2011, when the Mountbatten family was threatening to sell it privately.

It was bought by Southampton University for the equivalent of £4.5million, made up largely of a grant of £2million from the National Heritage Memorial Fund, which is bankrolled by the lottery, a settlement worth £1.6million between the family and the Treasury in lieu of taxes, an array of charitable donations and £100,000 from Hampshire County Council.

The Heritage Fund said the archive’s historic value “cannot be overstated. It is of pre-eminence in both a national context and on the world stage”.

In a pledge that would soon turn to be empty, the fund added it would “be freely available to all”. My case makes a mockery of that noble rhetoric. Public money has not been accompanied by public access. 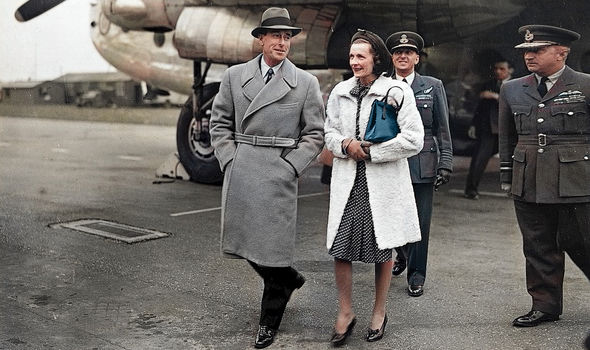 Whenever I tried to see the treasure trove of private papers at the Broadlands archive, I ran into a brick wall.

At first Southampton University was circumspect about the very existence of the Mountbattens’ personal diaries and correspondence, which were not even mentioned in the inventory of the Broadlands archive.

It was a surreal position, given the fact the diaries had featured extensively in previous books by other historians, such as Philip Ziegler, Mountbatten’s official biographer, and Janet Morgan, Edwina’s authorised biographer. But this was just the start of a Kafkaesque nightmare, filled with institutional obfuscation and deceit. The stench of cover-up was matched by the sound of official foot-dragging. It is a saga that has drained both my financial savings and my faith in the establishment.

As the son of a judge, I was brought up to believe in the honesty of the civic order. But after my recent experience of the Mountbatten papers, that trust has completely evaporated.

When I persisted in my request to see the diaries, the university said I should contact the Mountbatten family directly. This I did, only to be greeted by silence.

Beginning to feel trapped in a cycle of despair, I went back in May 2017 to Southampton University, which then said that the personal papers were “closed to public access” under a 2011 Ministerial Direction policed by the Cabinet Office. So I wrote to the Cabinet Office, which suggested that, to speed up the process, I should contact Southampton University with a request for “a specific set of papers”. 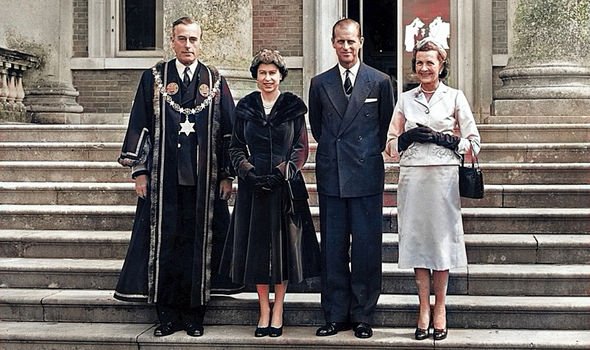 I did as urged, asking to see the diaries for 1947, the year when Lord Mountbatten, as Viceroy, presided over Indian independence. Unbelievably, the university told me in September 2017 that “your request has been referred to the Cabinet Office”.

Soon afterwards, I learned the university had approached the Cabinet Office with the aim of publishing an edition of the Mountbattens’ diaries for 1947-’48, the very period over which I was persistently being blocked.

Further letters to the university and Government achieved nothing. In the meantime, however, I had taken up the issue with Elizabeth Denham, the Commissioner who oversees the Freedom of Information system.

She made two complaints to Southampton University, which just prompted further rounds of non-cooperation. As a result, in April 2019 she took the unprecedented step of issuing High Court proceedings for contempt because of the university’s “persistent, wholescale and unexplained failure to comply with the information notice” and how it “continues to flout its statutory duty”.

After more stonewalling, in December 2019 the Commissioner’s Office ordered Southampton to release all the diaries and letters. 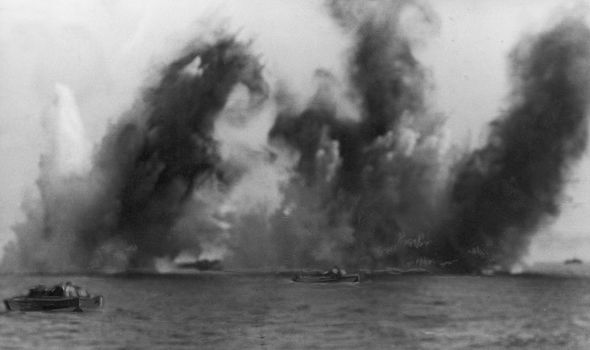 Predictably, Southampton appealed against this decision, which has led to yet more delays, with a tribunal not due to hear the case until November this year.

The clear strategy of the university and the Government is to hope that I will just give up, outgunned by their lawyers and out of cash. In terms of resources, it has certainly been a David versus Goliath struggle, one that has cost me at least £250,000 of my own money and taken a heavy toll on my time.

But, even though my own Mountbatten biography has been published, I want to keep up the fight because I know the authorities are in the wrong.

They would not have to deploy two QCs, an army of lawyers and endless diversionary tactics if they had right on their side. The key question is: What are they trying to hide?

The more they block me, the more they give the impression the Mountbattens’ personal papers must contain fascinating historical secrets – possibly about Indian independence or the wartime Burma campaign or the Cold War or the plot against Wilson. Or the diaries may shed new light on their exotic private lives or the inner workings of the Royal Family. 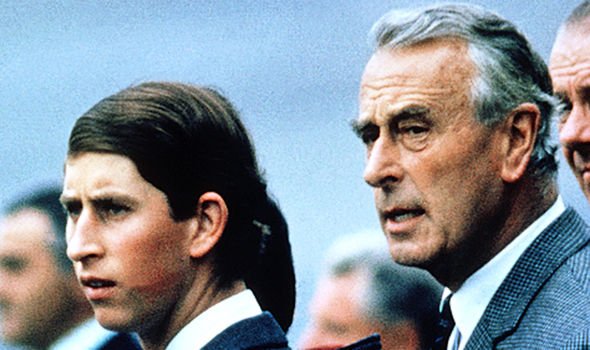 Given his closeness to Prince Philip and Prince Charles, Dickie Mountbatten would have had quite a story to tell about the House of Windsor. Perhaps it is a key figure in the Royal Household that, behind the scenes, has been orchestrating the campaign to withhold the diaries.

The bitter irony is that if the Broadlands archive had been sold to an American institution, British researchers would probably have had full access by now.

But, in a perverted outcome, public funding in this country has led to public exclusion. There is a dramatic contrast with Cambridge University’s approach to the papers of Winston Churchill, which were bought for the nation in 1995 for almost £13million.

Unlike at Southampton, financial support is reciprocated by a presumption of openness at Cambridge, even down to allowing readers to look at the great man’s bank statements.

Goliath lost his bout with David, and there are signs that the defences of Southampton and the Cabinet Office are crumbling.

At the end of last week, in a limited, begrudging compliance with the Information Commissioner’s demands, the university released online some but not all the diaries they hold up to 1934. 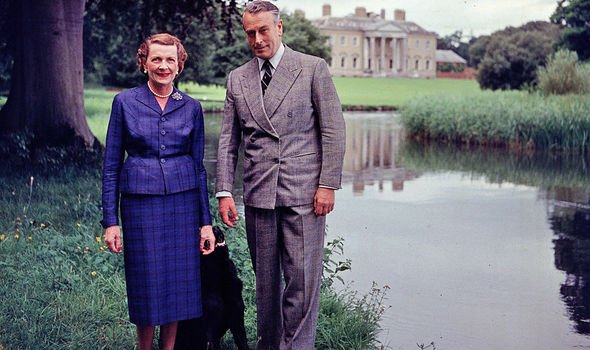 Although there were some interesting insights there, especially on the mistresses of the Prince of Wales, the future Edward VIII, nothing remotely justified all the obstruction of me in recent years.

That just makes me more determined to keep going so that all the diaries will be opened and the truly historical material revealed.

In order to raise funds to meet my legal bills for the November tribunal, I have launched a crowd-funded appeal with a target of £50,000.

Although I have of course a self-interest in victory, in that I will get some of my huge costs repaid, I am really after a bigger prize: the principle that the public should not
be barred from archives for which they have paid. If the archive managers wanted a climate of censorship, they should have never applied for state cash.

● The Mountbattens: Their Lives and Loves by Andrew Lownie (Blink, £10.99) is out now. Call Express Bookshop on 01872 562310 or order via www.expressbookshop.co.uk UK P&P
£2.95 Andrew’s Crowdjustice page is at www.crowdjustice.com/case/andrew-lownies-case/