How Hanif Abdurraqib Cuts Through the Noise

He is a National Book Award finalist for “A Little Devil in America,” but he has more books to write, more projects to take on and more s’mores to research. 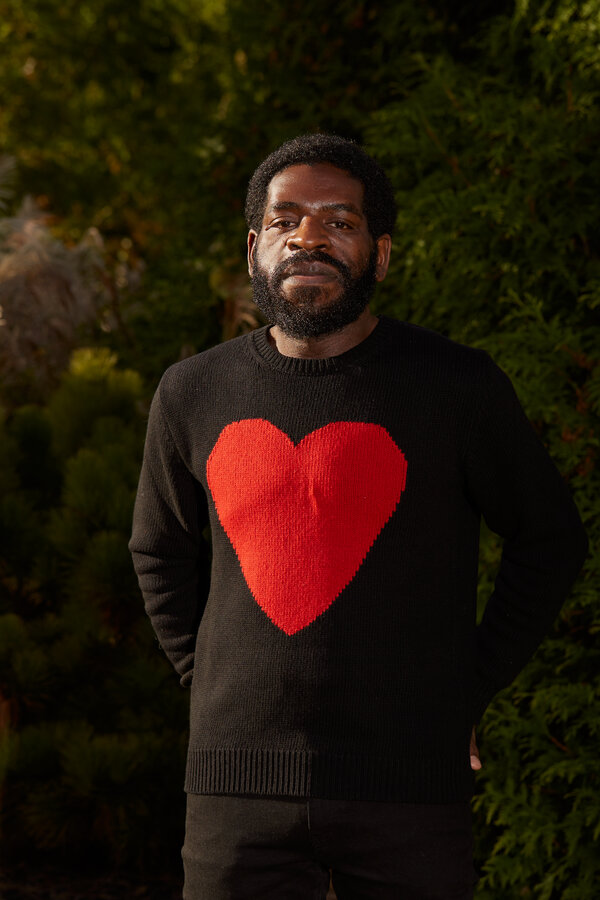 By Elizabeth A. Harris

COLUMBUS, Ohio — He received a MacArthur “genius” grant in September. A week later, he was named a finalist for the National Book Award for his essay collection “A Little Devil in America.” But even though he is grateful for the accolades, Hanif Abdurraqib prefers to stay a bit removed from it all.

He lives in this city where he grew up, not far from his old neighborhood and the people who knew him before he had written a word. “I have a really small window of what I can let into my world, because my world is already so crowded with my own whimsical interests,” he said, wrapped in a blanket in front of his house on a chilly afternoon last month.

“I’m not trying to be aloof. My superpower is that I mind my own business,” Abdurraqib added, a smile creeping into the center of his beard. “And I actually think that helps my productivity more than anything.”

Abdurraqib, 38, is a music guy who came up in the punk scene, a sneakerhead with 132 pairs and an athlete who played soccer in high school and college — he taught his dog, Wendy, to kick the ball back and forth with him during the pandemic. He buys himself a bouquet of flowers every Saturday to put on his dining room table.

What he is not is someone who always dreamed of being a writer. He came to it in his early 20s, writing for punk zines, he said, and it became something of a balm around the time he dropped out of Capital University.

That period was a struggle, Abdurraqib said. He stole, skipped out on a warrant and landed in jail a few times. At one point, he was evicted, and for two months, he slept in a storage unit, showering at a YMCA during the day. At night, as quietly as possible to avoid detection, he would write.

“I did it to kind of take my mind off of survival,” he said. “I had this little portable light that I would use, but it wasn’t because I was pursuing some grand career writing. It was to take my mind off the fact that this was the place I had to sleep.”

Abdurraqib has been open about some of his other struggles, as well. In “A Little Devil in America,” which Random House published in March, he weaves memoir through studies of Black performers, including the singer Merry Clayton, whose voice ripped through the song “Gimme Shelter” by the Rolling Stones. Toward the end of the book, in an essay called “On Times I Have Forced Myself Not to Dance,” he describes moments of deep depression. “I remember, most of all, how my brother — larger than me in every way — held me while I cried in his arms and did not speak at all,” he wrote, “not even to reassure me that things were going to be fine. Rather, in silence, to help me understand that things were not fine, but this was him, dragging me back from the brink. Holding me until the ledge became solid ground again.”

A few years later, with his life a bit more settled, Abdurraqib found poetry. Columbus has a vibrant literary scene, and pre-pandemic, Abdurraqib said, you could find a poetry open mic just about every night.