How White Feminism Threw Its Black Counterpart Under the Bus 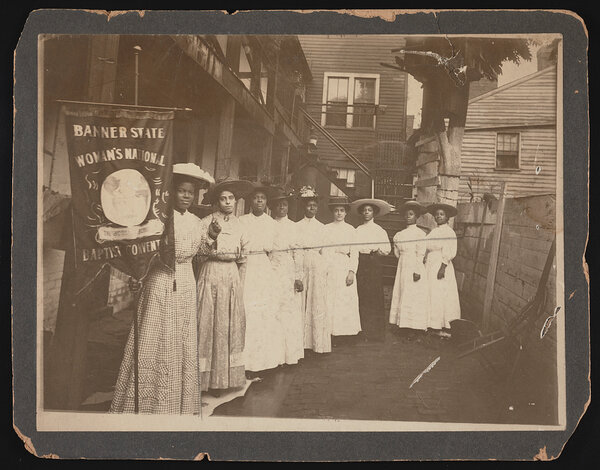 To fully grasp the significance of Kyla Schuller’s new book, “The Trouble With White Women,” it helps to understand the feminist climate in which it arrives. Here are two salient touchstones: Hillary Clinton’s defeat in the 2016 presidential election, significantly abetted by the approximately 50 percent of white women who cast their ballots for Donald Trump; and the U.S. Supreme Court’s refusal, in September, to block the Texas law that bans abortions after six weeks of pregnancy. Sixty-five percent of white women in Texas voted for Gov. Greg Abbott, and 60 percent for Senator Ted Cruz, both vocal supporters of that law. After both incidents, Black feminists found our timelines and inboxes flooded with a deluge of white feminist shock and tears accompanied by a familiar, exhausting ask: How could we have let this happen?

It’s the “we” in this equation that is particularly chafing. Embedded in it is an implicit, repeated demand for Black women’s emotional and intellectual labor, a demand that conveniently ignores the centuries-long history of white women, some of them self-declared feminists, colluding with patriarchal white supremacy in an attempt to secure their own rights above those of Black people of any gender. Black feminism has meticulously mapped this history, from the Black suffragists of the 1870s to the Combahee River Collective in the 1970s and Kimberlé Crenshaw’s 1989 theory of intersectionality. The failures of white feminism are inarguably every woman’s problem, but the burden of their solution is, at least from a Black feminist perspective, white feminists’ to bear. Put plainly: Gather your sistren and do the work.

Schuller, a white historian and feminist scholar at Rutgers University, clearly understands the political import of this transfer of labor. From the start, she lays bare how white feminism, rooted in binary, dated understandings of womanhood, “is a political position, not an identity,” and has no interest in disrupting the status quo, or in a reallocation of power. Instead, she writes, “it approaches the lives of Black and Indigenous people, other people of color and the poor as raw resources that can fuel women’s rise in status.”

The most adept historian is one who can transform carefully mined nuggets of archival material into compelling, if not piquant, prose. Schuller is a gifted storyteller, her counterhistory equal parts writerly craft and scholarly diligence. Each chapter pairs a popularly idolized white feminist with a Black, Native American, Latinx, transgender or lesbian feminist, many of whom are lesser known. The suffragist icon Elizabeth Cady Stanton, whom Schuller credits with having ignobly “invented white feminism,” appears alongside the poet, novelist and early Black feminist theorist Frances Ellen Watkins Harper. Schuller places in conversation the abolitionist writers Harriet Beecher Stowe and Harriet Jacobs, the birth control activists Margaret Sanger and Dr. Dorothy Ferebee, Betty Friedan and the civil rights leader Pauli Murray, Sheryl Sandberg and Representative Alexandria Ocasio-Cortez. But Schuller’s mission is not merely diversity and inclusion: “The trouble with white feminist politics is not what it fails to address and whom it leaves out,” she writes, but “what it does and whom it suppresses.” Schuller’s writing is strongest when locating the precise historical moments in which these feminist figures intersected. Each transgender, lesbian and nonwhite feminist provided mainstream white feminism with an opportunity to choose a more equitable, moral path, and Schuller elucidates the very real consequences of each white feminist’s refusal.

Schuller takes care to render these women not as heroes and villains, but as studies in complexity, contradiction and nuance. Sometimes, though, the balance between the two subjects can feel off. For example, despite Schuller’s acknowledgment of the Yankton Sioux organizer Zitkala-Sa’s “literary talents” in “prestigious” journals like The Atlantic and Harper’s, without enough of her own written prose in the text, her perspective feels far more ephemeral than that of Alice C. Fletcher, a white advocate for Indigenous women and families. And Schuller fails to adequately support her charged assertion that Ferebee’s birth control advocacy “incorporated eugenics,” noting only that she was less of a eugenicist than Sanger was.

However, when Schuller does strike the right balance, as she does between the anti-trans feminist Janice Raymond and the trans theorist Sandy Stone, the result is mesmerizing. “The Trouble With White Women” is a welcome addition to the feminist canon. Undertaking the kind of critical labor necessary for engendering a truly liberatory feminism, Kyla Schuller is doing the work.