In an age when being gay was illegal, four men set up house in Dorset

Escape to the country: In an age when being gay was illegal, four literary men set up house in Dorset, where they entertained everyone from Garbo to Greene

Holed up in a freezing Army camp in the far north of Scotland in 1941, the shivering and lonely young music critic Desmond Shawe-Taylor dreamed up the idea of living down South with like-minded friends after the war.

He envisaged a pretty house with a piano, books, gramophone records, shabby armchairs, pictures and sparkling conversation round the dinner table.

It came to pass, just as he had hoped. In spring 1945, he and two friends — music critic Eddy Sackville-West, cousin of Vita, and art dealer Eardley Knollys — snapped up an old rectory in Long Crichel, Dorset for £7,500. They were joined in 1949 by the literary critic Raymond Mortimer, who bought a quarter share.

The four co-owners were members of that now-lost breed: highly educated and well-read closet-gay men with fastidious tastes, who padded about in their dressing-gowns with uncut toenails, tapping their exquisite thoughts onto their unelectric typewriters before a vicious game of croquet and an afternoon snooze. 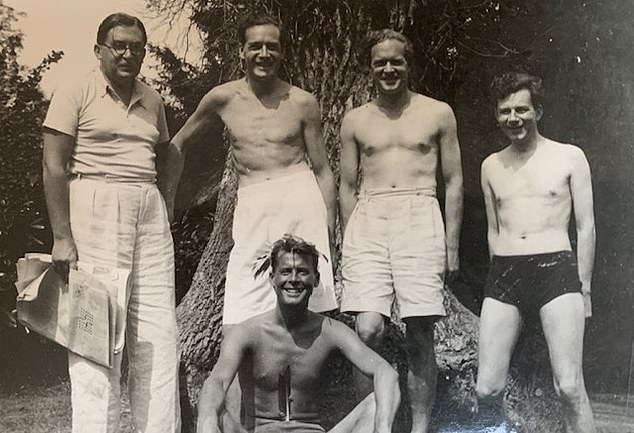 Desmond Shawe-Taylor bought an old rectory in Dorset for £7,500 in 1945. He was joined by his friends Eddy Sackville-West and art dealer Eardley Knollys (pictured together)

As Simon Fenwick reminds us in this highly evocative (if slow to get going — don’t give up) account of what became ‘England’s last literary salon’, the 1950s would prove a particularly dangerous time for English homosexuals. This was the decade when John Gielgud was arrested for soliciting in men’s lavatories, and when only three witnesses in the whole country were brave enough to come forward and testify to the Wolfenden Committee that gay men lived perfectly normal, well-adjusted lives.

So the friends had to live well under the radar, and they succeeded, in a fug of cigarette smoke in deepest Dorset, playing host to some of the great writers of the century, including Nancy Mitford, Graham Greene, Somerset Maugham and E. M. Forster. With his customary frankness, Evelyn Waugh nicknamed Long Crichel ‘the buggery house’. Others more tactfully nicknamed its residents ‘The Bears’, ‘The Bachelors’, or simply ‘the Long Crichel Boys’.

Nancy Mitford called them ‘the Brontes’, nailing both their slight effeminacy and the fact that they spent all day struggling over their Great Works, their sighs ringing through the house.

Their writings weren’t quite of Wuthering Heights immortality.

In 1946 they managed to publish a new Arts Quarterly, which turned out to be an Arts Yearly, and only ever had two issues. Desmond and Eddy also exhausted themselves by writing The Record Guide, an encyclopaedia of every classical-music record. That too had a brief life. 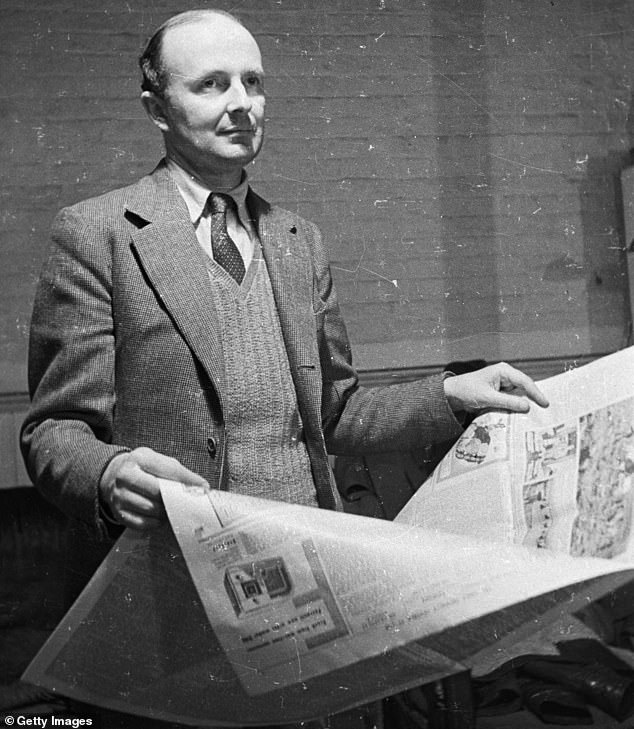 Fenwick builds up a portrait of an enchanted world: one in which none of the men would ever dream of doing anything as mundane as boil an egg. Mr and Mrs Deverell — the live-in cook and butler — did all that, alongside two charwomen, a gardener and a secretary. The Deverells were kept well and truly in their place. One day, when Cecil Beaton brought Greta Garbo to lunch, Mr Deverell asked his masters whether by any chance he might be allowed to meet Miss Garbo. They asked Garbo, who replied with one word: ‘No’.

Mrs Deverell’s cooking was good — but she obviously became demoralised, as in 1955 she tried but failed to drown herself in the pond, an episode that produced much tittering and comparing of her to Virginia Woolf.

Long Crichel was a refuge for these men who had all been traumatised in various ways.

Raymond (who had the annoying habit of leaving his cigarette ends floating in the lavatory) had been miserable at his ‘brutal and philistine’ boarding school, Malvern College. Eardley had lost his beloved boyfriend Frank Coombs, killed in a Belfast air-raid.

Desmond’s father had been murdered in Ireland and he had become estranged from his increasingly mad mother. Eddy Sackville-West was exiled from his family house, Knole, which had been given over to the National Trust in 1946.

Eddy comes across as a charismatically camp, self-pitying hypochondriac. He created a coloured mosaic for the Long Crichel garden, made out of glass from his vast collection of pill bottles. 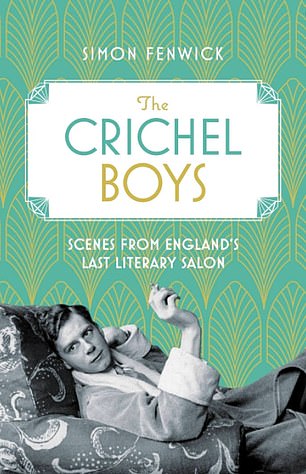 Dressed in raw-silk trousers and ties from Paris, he kept a journal with photographs of his pin-ups: mainly rugby players and Marlon Brando. He fell madly in love with Benjamin Britten and was hyper-sensitive when Britten didn’t invite him to a party.

‘I feel fully alive only when obsessively unhappy,’ he wrote, eventually flouncing off to Ireland to buy a ruin to restore, purely to keep himself from feeling ‘utterly futile’.

James Lees-Milne, diarist and rescuer of houses for the National Trust, also found deep solace at Long Crichel. He was trapped in an exhausting marriage to Alvilde Bridges, who was having an affair with Vita Sackville-West, while he was having one with art historian John Kenworthy-Browne.

Fresh blood arrived in 1966, after Eardley left to set up house with his new, much younger boyfriend. Eardley’s share of the house was bought by Patrick Trevor-Roper, brother of Hugh.

A top eye-surgeon in London, Patrick was one of those three witnesses who had dared to testify to the Wolfenden Committee, thereby setting in motion the train of events that would lead (ten years later) to the decriminalisation of homosexuality. At last! A member of the Crichel set who actually did something practical and helpful!

They became a bit sad in old age, these relics of a lost era, so ill at ease in the modern world. Raymond wrote in 1970: ‘How stupid it is to depend on increasingly unobtainable servants! But how could I start cooking, aged 73?’

They carried on living there, Desmond dying in 1995, Patrick in 2004. Those two are buried beside each other in the Long Crichel churchyard. As for the Deverells, they ended their days happily in a caravan park near Blandford, released at last from a lifetime of drudgery.