In ‘Appeasement,’ How Making Peace With Nazis Led to War

The events that followed the appeasement of Germany in the 1930s were so horrific that appeasement has become an unequivocal pejorative — evoking an unholy combination of blind obliviousness and cowardly acquiescence.

So it’s always jarring to see how blithely the word was used before the onslaught of World War II.

In 1937, the British Prime Minister Neville Chamberlain was boasting about the “far-reaching plans” he had in mind “for the appeasement of Europe and Asia,” and a year later he was calling for “a general appeasement” of Adolf Hitler on “this Czechoslovakian question.” Even after Hitler invaded Czechoslovakia and then Poland, some British officials were still advising, in the words of one, “a little more appeasement.”

This sounds like madness now, and it turned out to be madness then. But it wasn’t as inexplicable as hindsight might have us believe. “The desire to avoid a Second World War was perhaps the most understandable and universal wish in history,” Tim Bouverie writes in “Appeasement: Chamberlain, Hitler, Churchill, and the Road to War.” As Chamberlain put it in a 1938 broadcast to the British public: “War is a fearful thing.”

Chamberlain and his fellow appeasers believed that a punitive Treaty of Versailles had driven the Germans into the arms of the Nazis. If a revolutionary Nazism was the wretched result of German suffering, Bouverie writes, then surely the Allies “could ‘appease’ it by redressing the grievances on which it had prospered.”

Bouverie, a young British journalist, is aware that he’s entering well-worn ground. Unlike other books about the prelude to World War II, “Appeasement” avoids narrowing in on a single event (Munich) or individual (Chamberlain) in favor of a more comprehensive and immersive account, beginning with Hitler’s appointment as German chancellor in 1933 and ending in 1940.

With the exception of the prologue, which depicts the British Cabinet deciding how to respond to Hitler’s invasion of Poland while a cinematic storm rages outside, Bouverie emphasizes the surprising ironies rather than the obvious melodrama. This is well-paced narrative history: intelligent, lucid, riveting — even while possessing the terrible knowledge of what happened next.

When the British first got wind of the new German chancellor, he seemed so vulgar as to be harmless. Described by one British paper as a “stubby little Austrian with a flabby handshake, shifty brown eyes and a Charlie Chaplin mustache,” Hitler cut an uninspiring and ridiculous figure.

Within a month, he had used a fire in the Reichstag to suspend parts of Germany’s constitution. A month after that, the Nazis announced a boycott of Jewish shops. Germany started to rearm and rebuild its military in ways that were illegal under the provisions of Versailles. 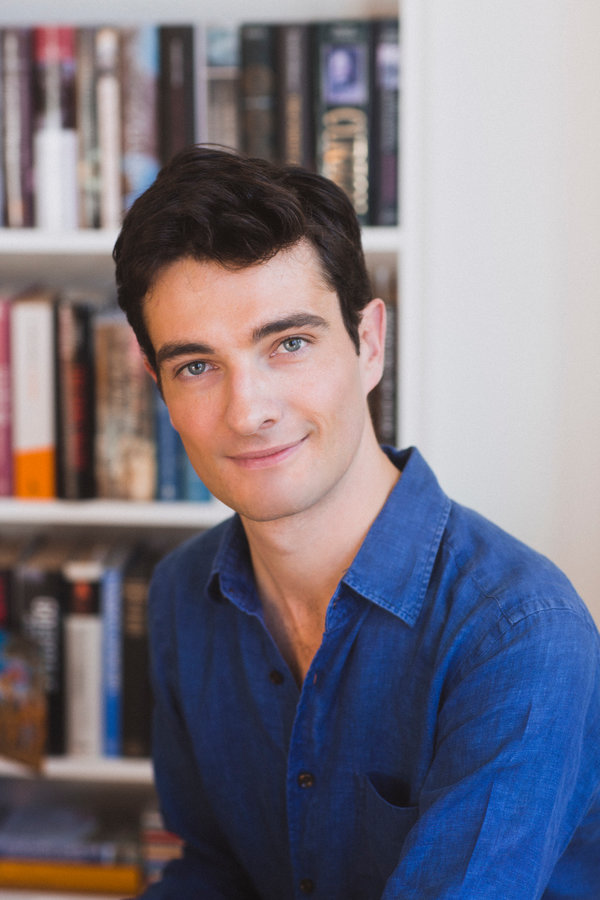 Bouverie shows how the British responded with beatific and ultimately delusional equanimity. This was partly due to the trauma of World War I, which nobody wanted to repeat. “I will not have another war,” King George V declared categorically. “I will not.” Every time Germany or Mussolini’s Italy upped the ante — becoming ever more demanding and brazen — the British had to ask themselves whether the latest transgression was serious enough to merit a “preventive war.”

Another source of inertia was the persistent strain of anti-Semitism among Britain’s ruling class. “The British attitude toward the Jews was complicated,” Bouverie writes, referring to John Maynard Keynes’s definition of an anti-Semite as someone who disliked Jews “unreasonably.” Still, the British were baffled by the virulence of German anti-Semitism; British anti-Semites tended to talk about Jews with snobbish condescension, and couldn’t quite understand why the Nazis fulminated so much.

Hitler kept presenting himself as a man of peace, even if “Mein Kampf,” his bellicose, self-aggrandizing autobiography, suggested otherwise. The English translations of the book were expurgated versions, omitting the nastiest passages. “Mein Kampf” had also been published in 1925, years before Hitler had attained the dignified position of chancellor; those who wanted to could simply dismiss the book as intemperate juvenilia.

Bouverie’s chronological narrative conveys how appeasement transformed over the years: from a reactive, fearful policy to an enthusiastic, idealistic project to what can only be deemed a strenuous exercise in willful denial.

Britain in the 1930s was still the most powerful country in the world, especially with the Americans in isolationist mode. Winston Churchill had sounded the alarm about Nazi ambitions early (“All the signals are set for danger. The red lights flash through the gloom”), but his responsibility for the disastrous Gallipoli campaign in World War I and his virulent opposition to even limited self-government for India made him untrustworthy to his fellow Conservatives.

Chamberlain, for his part, vacillated between extreme optimism (when it came to Hitler’s intentions) and extreme fatalism (when it came to Britain’s own military capabilities). A series of British emissaries, including the Foreign Secretary Lord Halifax, whose “volte-face” on Hitler came extremely late, kept insisting that Hitler’s desire for peace was “sincere.”

Sincerity typically requires consistency, but somehow Hitler’s volatility worked in his favor. He became so prone to tantrums that even when he talked to the British ambassador in Berlin about “annihilating Poland,” the relative lack of “the usual histrionics” meant that the genocidal comment wasn’t taken as an immediate threat. Hitler was constantly graded on a curve.

Chamberlain emerges as a tragic, pitiable politician in this account — keen to connect with, in his words, “the human side of dictators,” and yet too limited in his understanding of what that “human side” might entail. He could empathize with the grievances but simply couldn’t fathom the evil.

Bouverie makes clear that the appeasement policies of the 1930s were a spectacular failure, strategically and morally. But even when Hitler’s insatiability became obvious, the right response for the British and the French wasn’t necessarily obvious still: “It was a dilemma between honor and the horrors of a war that they were by no means certain they could win.”