Excuse the generic title, “Summer Brother.” The book really sounds cooler with its original Dutch name, “Zomervacht,” which translates to “summer coat,” as in, what an animal has after it sheds its winter fur. It’s more fitting because, like a molting creature, the Dutch author Jaap Robben’s second novel shows us the shedding of innocence.

“Summer Brother,” translated by David Doherty, shakes out over a hot summer, during that potent lull when characters so splendidly boil, burst and bloom. The plot starts quickly: Brian, a lonely and neglected 13-year-old, and his father, Maurice, a low-level swindler, make a rare visit to see Lucien, Brian’s 16-year-old brother, who is severely mentally and physically disabled and lives full time at a nursing home. Because of renovations at the care facility, Maurice is asked to take Lucien home for the summer, an offer he can’t reject fast enough — until he learns of the stipend the nursing home will pay.

Suddenly, Brian finds himself Lucien’s default caregiver. Disaster is inevitable. Lucien is nonverbal, occasionally violent and still in diapers. On top of that, money is running out, debts are closing in and Maurice’s lies can’t hold the levee much longer. 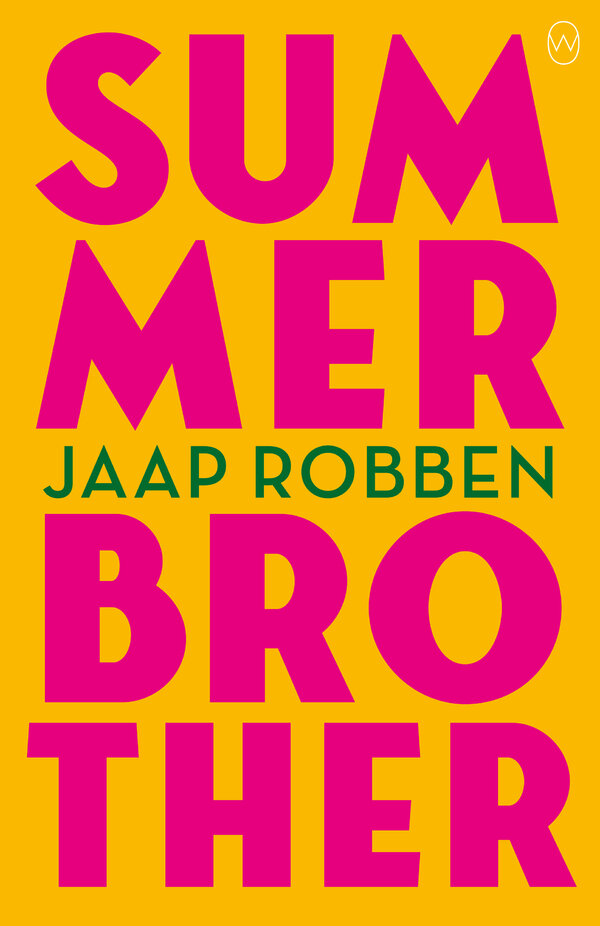 Brian tries earnestly to reel in his father’s slack but is quickly overwhelmed by the monumental task. As the slope gets slippier, Brian learns to navigate how responsibility really works — that no matter the excuses or justifications one can spin, people can still get hurt.

“Summer Brother” grapples with the consequences of carelessness and the abuse of power and trust, even if the violation is unintentional. Its most uncomfortable manifestation is a relationship Brian develops with one of the nursing home’s residents, 19-year-old Selma, with whom he tries to have sex. Her disability is undefined by Robben (as is Lucien’s), but she is childlike and her consent is dubious.

Robben, who is also the author of “You Have Me to Love” and several children’s books, contracts the world of “Summer Brother” almost to a stage set, blurring peripheral details. There’s barely any cultural, political or technological context to the story. The book’s setting is fuzzy, although it feels loosely like France. The only mention of a location name is “Saint Arnaque,” which appears to be tongue-in-cheek and translates to “holy scam.”

Ultimately place is unimportant. Brian lives in the land of Maurice, and navigating that volatile terrain while fumbling with his own moral compass is the heart of the book. He’s governed by his father’s controlling gaze, the sound of his pickup coming up the drive and the tense anticipation of his father’s fist thumping his shoulder, hard. From the dingy caravan park, Brian can see little lights dotting the wooded hill on the horizon at night, “but during the day you’d never know people live there.” It’s an apt description, too, of Robben’s treatment of the world outside of Brian’s immediate field of vision: far away and ungraspable.

This stylistic myopia works, although more character exposition could have been helpful. Does Brian have friends at school, or in town? What comics does he read? Where does Maurice go during the day? Robben offers crumbs, but doesn’t let us indulge too much.

Such small gripes are easily forgotten, as Robben is wonderful at drawing characters with just a few deliberate strokes. One standout description comes in a passing reference to Maurice’s mother: “In my memory, smoke came out of her mouth even when she didn’t have a cigarette between her lips. There was always something smoldering inside her.”

Most fascinating to Robben, however, are the prickly relationships between men, which oscillate between moments of tenderness and brutality before reaching a painful climax. Robben depicts men who regularly cycle between carelessness, cruelty and compassion, which makes Brian’s ultimate rank-breaking toward benevolence all the more uplifting.

Like a photographer shooting a portrait, Robben captures his subjects in “Summer Brother” in a focused close-up. It’s intimate, even claustrophobic at times, just as life must be for an isolated boy like Brian, looking with wonder to the lights on the hill.