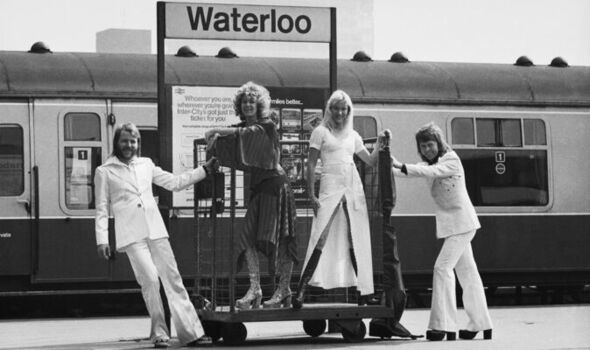 My life’s great epiphany happened on an otherwise unremarkable day as I watched David, the older brother of a fellow Cub Scout, develop some amateur photographs in his darkened South London bathroom. I thought the whole process was nothing short of magical. That was it for me then; I was hooked for life. I was born in Llwchwr Hospital, West Glamorgan, on April 17, 1940. Mum was a Navy wife, and by the time my father went off to war as a sergeant, she was pregnant with me. In 1948 we moved to London with my baby brother Ronald (Andrew and David joined us in 1950 and 1951).

One Christmas, Mum and Dad bought me a little Agfa Billy folding viewfinder camera. From that day on, I took photographs of everything and spent all my pocket money on film. Everything else became secondary.

When our headmaster launched a school magazine I immediately volunteered to take all the pictures for it. At our school prize-giving ceremonies I was allowed to wander around and take photographs.

I especially loved being able to break ranks when everyone else had to do what they were told. The idea of being an observer rather than a participant appealed immensely. When a professional photographer encouraged me further, I couldn’t wait to leave school and look for a job.

Then, one Sunday in November 1955, something really important happened. The news came on the radio that my uncle’s train had derailed near Didcot in Berkshire, after the driver missed a signal.

Eleven people died, but Uncle Miah was thankfully unscathed and later that evening I went with my father to collect him from Paddington Station. Standing on the platform were dozens of press photographers in trilby hats. It was night-time and all the cameras were flashing. 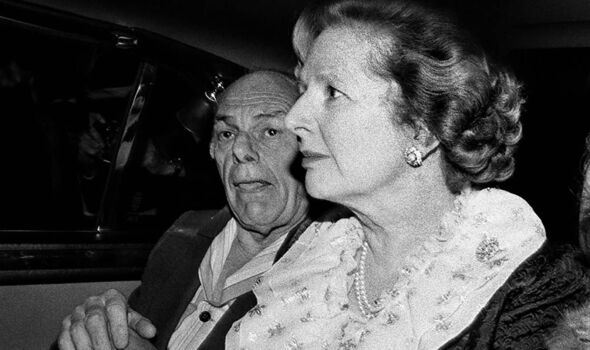 It all seemed unbelievably exciting. I was so fired up that from that day on I resolved to become a newspaperman. At the age of 15 I won a five-year apprenticeship in Fleet Street, starting on my 16th birthday. I’d made it!

During this time, a photographer called Steve Davis introduced me to his son who worked at the Express – the biggest and most important photographic newspaper in Britain. In early 1963, aged 22, I was offered a trial. There were no less than 64 staff photographers and 14 freelancers.

My first impression was one of industry, chaos and irreverence. From the ceiling above the news desk hung a sign: Make It Early, Make It Accurate, to which some wag had added, Make It Up.

Later, the sign was changed to the more prosaic Get It Straight and – to everyone’s delight – it was hung crookedly.

Chain-smoking journalists tapped furiously on ancient machines with their two best fingers. Then the huge printing presses would thunder into life, shaking the entire building. It was a cacophony of endeavour, served up with unspeakably bad tea.

By the time the first edition deadline had passed, the office was awash with a sea of discarded typing paper. Years later, when we were graced with a visit from the then Prime Minister Margaret Thatcher, she was so appalled that she picked up a bin and started clearing it up. 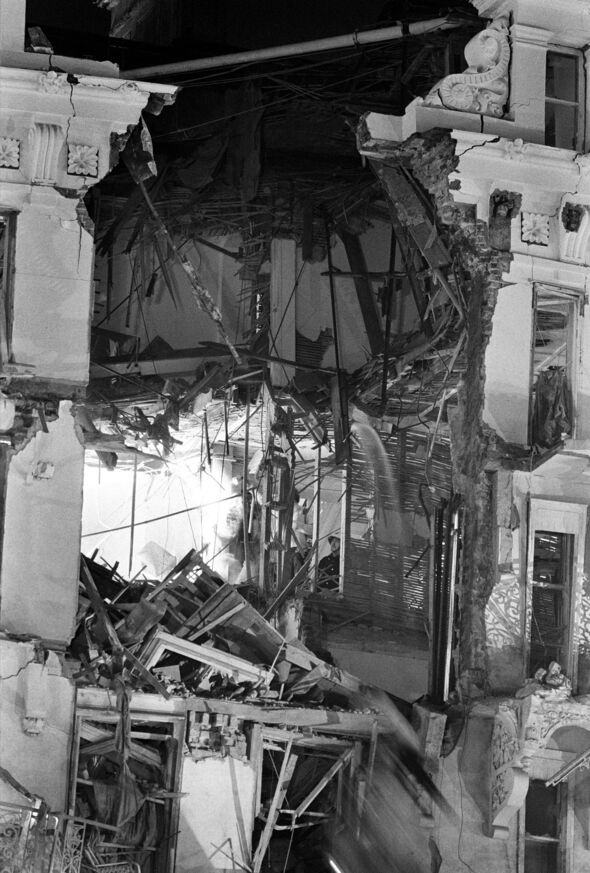 Keen to make a name for myself, I’d pick up any reject jobs the staff photographers thought were beneath them. It was all good experience. One was “door-stepping” Judy Garland at her Kensington house. To our surprise, she came out and invited us in for photographs but only if the article mentioned her ­daughter Liza Minnelli.

Another job was photographing ballerina Margot Fonteyn and newly defected Russian star Rudolf Nureyev in Drury Lane in 1962. It was their first time dancing together. Nureyev was the nastiest and most foul-mouthed person I ever photographed.

“That f*****g photographer put me off!” he screamed, while I sat at the back of the room. I had the last laugh because my pictures were later syndicated around the world.

Every photographer remembers their first foreign job. It’s a real badge of success.

“I want you to go on a secret assignment to the Sudan,” said the foreign editor, Stewart Steven. “There’s a civil war going on. Has been for almost 20 years. We need you to bring us back a full report.”

Before we set off he gave us our final instructions: “Book into the Grand Hotel. Act like tourists. Do not make any contact with the office, and keep a low profile. The next time you see this,” he added, holding up my business card, “will be in the hands of your contacts, with this mark.” He pointed to a small cross he had made in the top left hand corner alongside his initials. “Don’t say anything until he identifies himself.” 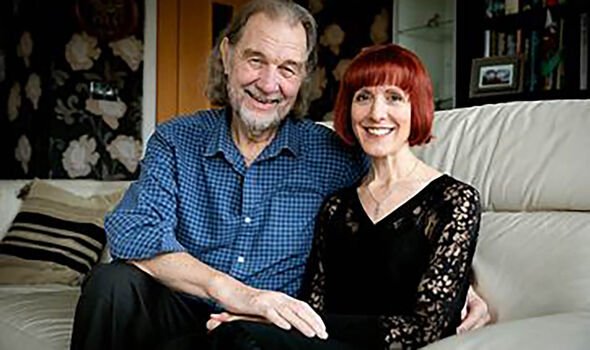 I felt like a latter-day James Bond. Undercover with guerrilla fighters and their families in South Sudan, sharing their scant rations and the ever-present threat of injury or death, I soon became established as the local “medicine man” after I repurposed a local head dress into a bandage for a woman’s son.

I’d awaken every morning to ever more patients whose healthcare I supervised with frightening little knowledge and even fewer resources, but I did make one useful discovery – if I filled my empty but watertight film canisters with antiseptic and a wad of cotton wool, I could hand them out to the injured.

Thankfully, when we got home the Express gave the story the space it deserved. It was a proper old-fashioned scoop, earned the hard way, but I never forgot my time with those brave men in that deeply troubled country.

I was on a roll. One day I might be dispatched to cover The Troubles in Northern Ireland, and another day teenage girls screaming over the arrival of The Osmonds in London. I could be in war-torn Beirut trying to sneak a photograph of PLO soldiers lobbing hand grenades into the sea to catch fish, or at Waterloo station photographing Abba.

Any regular weekday could find me recording rebels crossing the border from Mozambique, or in Paris to photograph Sophia Loren. I snapped the Monty Python team, Peter O’Toole and Alfred Hitchcock. I covered the Vietnam War, the Bosnian ­genocide, the war in Afghanistan and the Chernobyl disaster.

I was the only photographer present at the IRA bombers’ assassination attempt on Margaret Thatcher in Brighton on October 12, 1984.

I photographed hundreds of celebrities, including Shirley MacLaine, Raquel Welch, Princess Diana and most of the rest of the Royal Family. I was shot at by Russian helicopters while working in Afghanistan for five weeks with Afghan rebels, one photograph of which became one of my seminal shots. In a Calcutta refugee camp in 1971, the children made the most haunting pictures, leaving an indelible stain on my memory.

In Uganda, covering Idi Amin’s brutal regime, I was lounging by the pool of Kampala’s Hotel International when soldiers carrying machine guns arrived in the lobby. We were urged to pack. I dialled the number of the Express copytakers, a team of typists who would take down the stories journalists dictated over the phone.

My words appeared verbatim in the newspaper the following day: “I’m having to keep my voice down in case anyone hears me…There are troops all around the hotel, in the bushes… They’re coming to cut me off…”

It was almost midnight when I was arrested, handcuffed and placed in a stinking jail crawling with cockroaches.

I managed to take pictures of my captors – I hid my camera under a towel and asked my fellow prisoners to bunch around me to hide it. 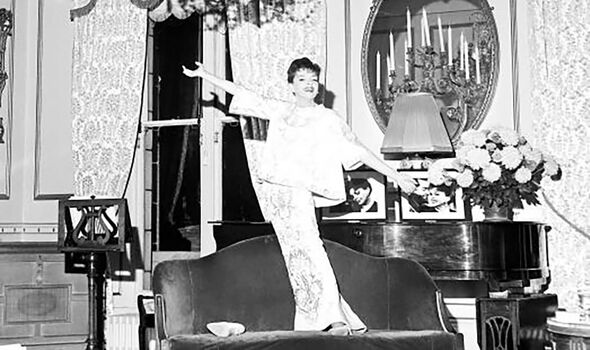 A couple conveniently had a coughing fit so the guards didn’t hear the shutter.

Some time later, a plain clothes policeman told me I was to be deported. I knew I would have to quickly hide my film in plain sight. I opened two dozen new boxes of 35mm film and – having discreetly marked my two viable ones – threw them into the jumble of my case.

“Where are your guns?” shouted my escort, before he took all the films he thought had been exposed en-route to the plane home. Soon after we’d reached altitude, I went through all of my films, hands shaking. To my amazement and relief, the two vital films were there, untouched.

A few minutes later the captain came back to congratulate us for escaping Idi Amin’s clutches and said he would pass on messages to friends and family.

Mine was to my picture editor. It said simply: “I’ve done my job.”