Many of his creations remain etched on the public consciousness to this day. His iconic 1908 image of a Jolly Fisherman dancing along the sands at Skegness in cheery high spirits helped put the Lincolnshire seaside town on the map. Its slogan, “Skegness is SO bracing”, encouraged tens of thousands of visitors to jump on the Great Northern Railway service for a special three shilling fare from King’s Cross in London. In the days before television, when the poster was king, advertisers beat a path to his door because of the way he was able to weave a story into his work.

Despite the enduring fame of his images, his name has drifted into obscurity. However, a brilliant new biography of Hassall by art historian Lucinda Gosling now aims to remedy this.

She explains: “When John Hassall first started to design advertising posters at the end of the 19th century, he was absolutely in the vanguard of a movement that was producing really modern and groundbreaking work.

“Hassall was a natural joker and a born raconteur, mischievously spinning a yarn whenever there was an opportunity.

You can see all this manifested in many of his posters. Rather than the fussy, overly detailed, and text-heavy posters of the high Victorian period, Hassall instead aimed to sum up the spirit of something in the most economical way possible.”

For Nestle’s Milk, Hassall painted a sweet-faced girl enjoying a picnic on a hillside while in the distance her family gathered up a hamper from an open-topped car. On a crisp white blanket in front of the child sits a tin of Nestle’s Swiss Milk. 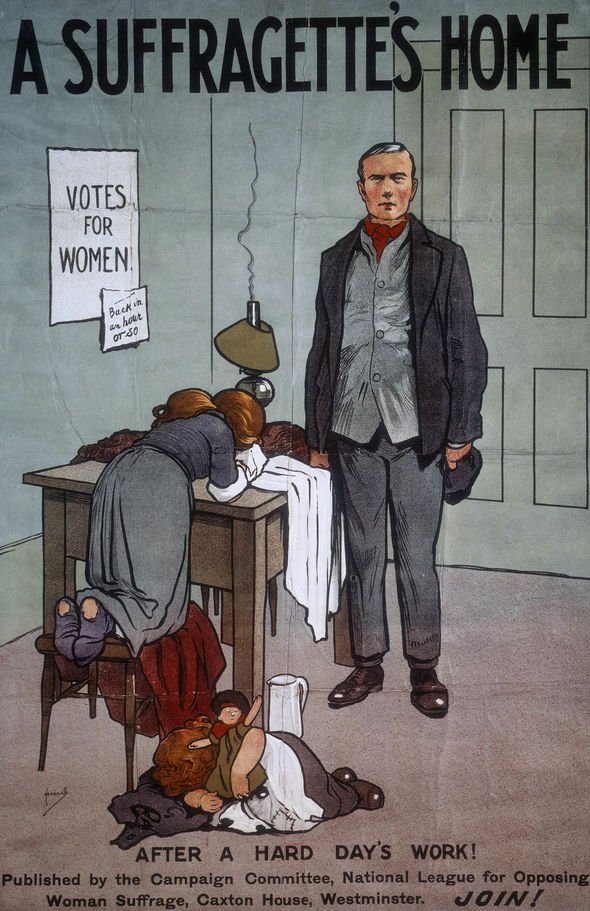 In another gem promoting shoe polish, Hassall recreated the story of the woman who lived in a shoe. Smiling children peer out of windows as their mother brings a shine to the shoe house.

The caption reads: “You’ve heard of the Woman who lived in a Shoe. Who had so many children she didn’t know what to do. So she made them some broth and gave them a whacking. Then polished her Shoe with Day and Martin’s Blacking.”

Although definitely not “woke” by today’s standards, it provoked amusement.

Gosling continues: “Hassall also understood some fundamental practicalities. Posters had to be seen from a distance – especially in the smoggy cities of Edwardian Britain, they had to immediately catch the attention of the man or woman in the street, but most importantly, they had to sell a product.

“He was an excellent draughtsman and an astonishingly rapid worker, churning out hundreds of poster designs for a range of clients alongside magazine and book illustrations, postcard designs, nursery pictures and friezes, fine art commissions and much more.

“He wasn’t the only poster artist working at this period. There were his friends Dudley Hardy, Tom Browne, Cecil Aldin and Will True, but Hassall’s prolific output and his countless successes catapulted him to the top of the tree and earned him the nickname, ‘The Poster King’.” 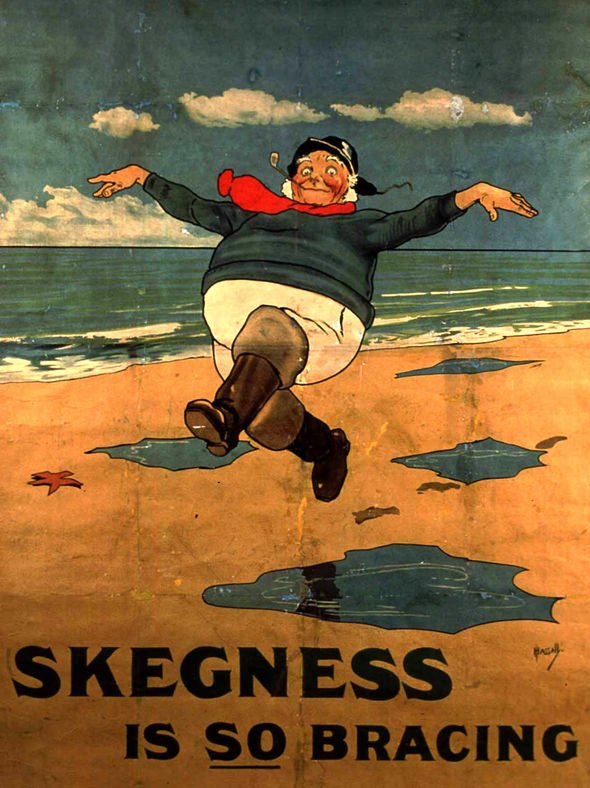 Despite the humour inherent in his work, Hassall’s life contained more than its fair share of tragedy. Born in 1868, at Walmer, near Deal, Kent, he was just seven when his father, Royal Navy officer Christopher Hassall, died aged 38, having suffered an accident at sea which had left him in a wheelchair.

His mother Louisa remarried and Hassall and his brother Owen were sent away to boarding school, first in Devon, then in Germany. Having twice failed to gain entry to the Royal Military Academy Sandhurst, John emigrated to Canada in 1889 to try his hand at farming.

After winning prizes with landscape drawings that he created for relaxation, one of his scenes of Canadian life was published in Britain’s Daily Graphic newspaper.

This encouraged him to attend art school in Antwerp and later to study in Paris with the renowned painter William-Adolphe Bouguereau before returning to Britain.

Gosling explains: “At some point during his studies, Hassall met fellow student Isabella (Belle) Dingwall, of Helensburgh, Dunbartonshire, and fell in love.”

The couple set up home in Notting Hill, west London, and developed a thriving studio but tragedy struck again when Belle, then 34, died while giving birth to the couple’s third child.

Three years later, Hassall remarried to Constance Maud Brooke Webb and had a second family. Their son Christopher was an actor and poet and their granddaughter, Imogen Hassall, though dying young aged just 38, would become a noted film star in the Sixties and Seventies.

The depth and breadth of the artist’s output was astonishing, says Gosling.

“While many people today will immediately recognise Hassall’s ‘Skegness is SO Bracing’ poster, undisputedly his most famous creation, most will know little about the artist behind it, how versatile he was or how important he is in the history of poster art,” she explains.

Tall, mustachioed and well dressed, he cut a dashing figure and his speeches were enjoyed at The Sketch Club, where members drank and ate while they drew. He was also popular at the Savage Club, where actors, composers, musicians and artists rubbed shoulders with royalty.

He appears to have been against women getting the vote. In 1912, he designed two posters for the National League for Opposing Woman Suffrage. 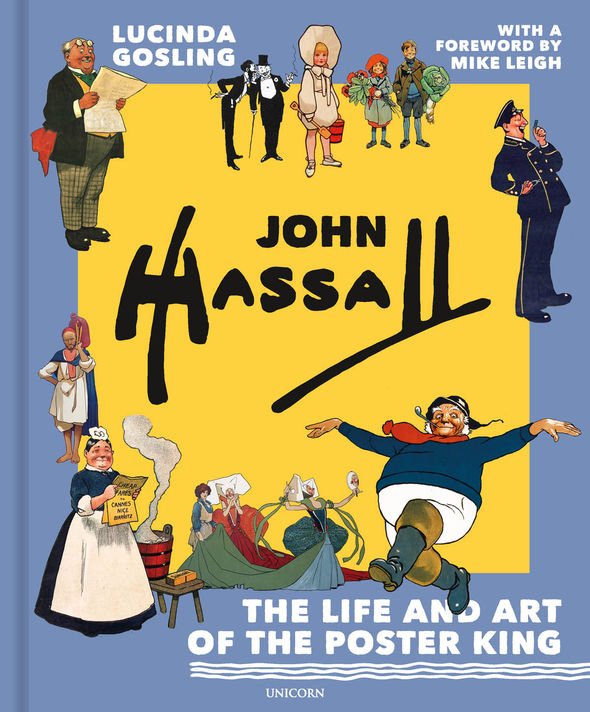 One showed a man returning home to find two children in rags crying, apparently because they missed their mother. It was entitled A Suffragette’s Home. Whether this commission reflected his own views is not known, says Gosling.

“There are aspects of his work that are, inevitably, anachronistic. Some of the characters he uses would no longer be acceptable in the advertising world – servants for instance, old crones, or tramps and down-and-outs,” she adds.

“He was a product of his time – a child of the Imperial era – and much of his work echoes the tastes, interests and aspirations of that time.”

Yet Gosling also found an article Hassall wrote for an Irish paper in which he declared: “By 2008, electricity will have solved the problem of domestic work, the tides will supply us with electricity. Instead of having to work and clean, and scrub, women will merely press an electric button.

“The result will be that women will give all their time to the cultivation of physique by means of games and athletics. A magnificent race of women will be the result. That women will be six feet tall, will I incline to think, be not at all exceptional in a hundred years.” 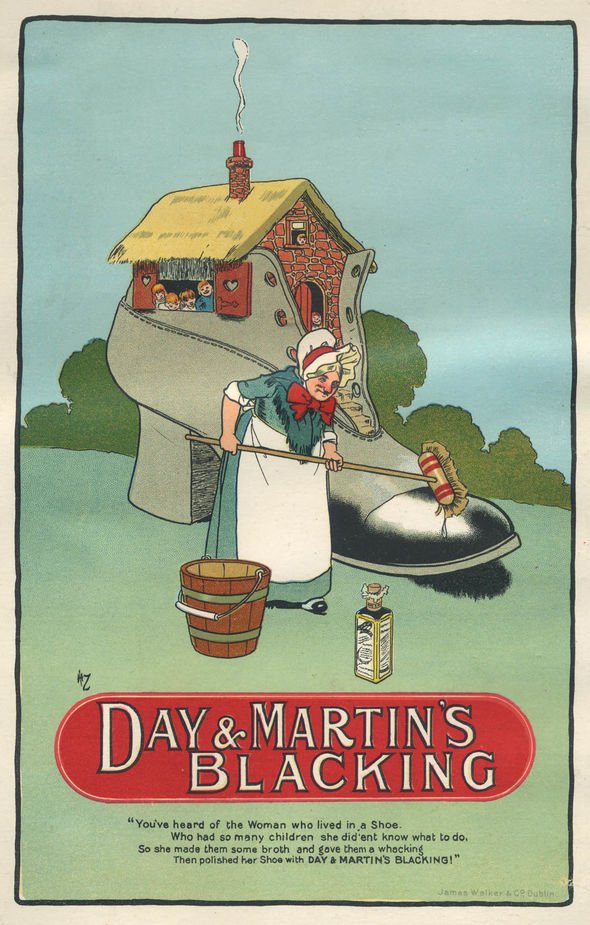 Bevis Hillier, a Times columnist and art expert, said of him: “Hassall is, by nobody’s standards, a great artist. But he was a hack of genius. If what he portrays in his ruddy cheeked pieman and urchins is an Olde England that never quite existed it only increases the appeal of his work.”

Hassall died aged 79 in 1948 but his work has outlived him. His iconic Skegness image has been reprised and reinvented as a feature of the town’s advertising right up to the present day, while images, for Colman’s Mustard for example, remain instantly recognisable.

Even if the name of their creator has faded over time, Lucinda Gosling’s book is a timely and deserving tribute to his genius.

John Hassall: The Life and Art of the Poster King by Lucinda Gosling (Unicorn Publishing Group, £30) is out now. For free UK delivery, call Express Bookshop on 01872 562310 or order via expressbookshop.co. uk.

An exhibition on Hassall’s life and work will run at The Heath Robinson Museum, Pinner, from May 22 to August 29.