Whenever anyone asks me about writing comedy, I always say the same thing: What’s funny to me isn’t necessarily funny to you, and that’s what makes it so damn hilarious. I love a bad pun and a nonsense line about what’s “technically a ravioli.” Give me your worst knock-knock joke and I’ll gladly share mine. When I’ve considered the ways that humor careens wildly through different forms — in stand-up acts, in writing, on the hell application by the name of Twitter dot-com — I always circle back to the idea that it is often the performance of a thing, how it resonates within a body or a collective group of bodies, that makes it interesting. When it comes to humor, no way is the right way, and the tension of that duality often makes for a very good joke.

This fall saw the releases of three audiobooks by famous comedians that apply the complexities of humor and the human condition with aplomb. Jonathan Van Ness, Ali Wong and John Hodgman all chose to narrate their memoirs themselves — a savvy move if for no other reason than that they all have distinctive voices, their patterns of speech unmistakable. Though the audiobooks deal with a variety of life situations particular to each author, they mirror one another in the more serious notes. It’s this seriousness, the small ache, the tender aside, that manages to make those jokes that swell immediately afterward so delightful and necessary. Give us the little hurt, and we’ll laugh along with you through the pain until we see the light on the other side.

Van Ness, known for his role as the grooming expert on the Netflix series “Queer Eye,” opens his memoir, “Over the Top,” with a floral metaphor for self-discovery: “You know those plants that are always trying to find the light? Maybe they were planted in a location that didn’t necessarily facilitate growth,” he says, before describing his younger self as “a chubby, slightly snaggletoothed kid with a voluminous mop of frizzy curly hair that screamed through layers of gel for what I desperately wanted to be a Hanson-esque, smooth collarbone-length center-parted man-bob.” As an “extremely flamboyantly jubilant and oh so gay” adolescent in conservative small-town Illinois, Van Ness always felt himself to be moving desperately toward a light that would allow him to be confidently, exuberantly himself.

There is plenty to laugh at in the ways Van Ness frames his story — like protecting the identities of his loved ones, exes, fellow drug addicts and johns with “Russian aliases” like Doroteya and Sergei and Helenskaya; or layering pop-culture references with the ways they formed him, as many queer comedians and artists do. But it is his candid articulation of his evolving relationship with himself, his acceptance of who he is, that brings the one-liners their sweetness. His narration, as pithy and “over the top” as his beloved TV persona, is incredibly endearing. The battles that Van Ness has waged against the darker corners of his soul to become the bright light we know today provide the necessary context for this book to shine. 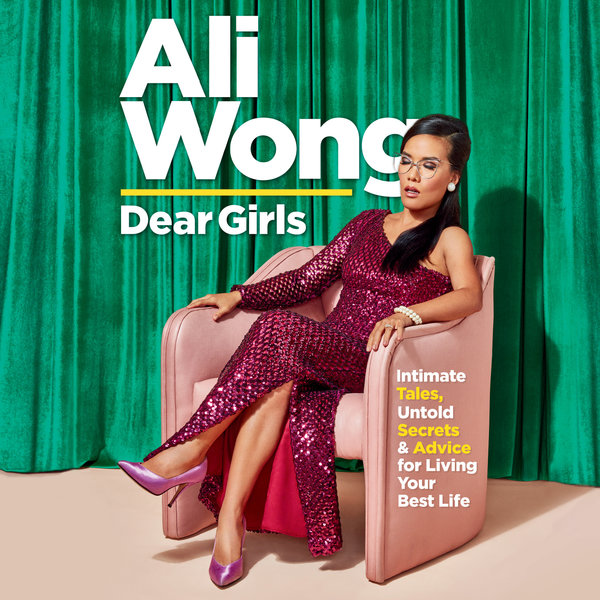 Where “Over the Top” steps carefully around the explicit details of Van Ness’s bodily history — as an addict, as a sex worker, as a person living with H.I.V. — Wong’s decidedly more lighthearted memoir, “Dear Girls,” doesn’t shy away from bodily humor. Biased as I am toward so-called socially unacceptable jokes that bring the female body to the forefront, I delighted in Wong’s willingness to reveal the physical body in all its gory vividness.

Wong also happens to know her way around a sentence, and there’s true pleasure to be found in the way her knife-sharp cadence digs straight into a joke, only to cut you loose at the end, happily flailing. When it comes to bodies, Wong isn’t afraid to be what most would consider crude, and joyfully peppers the narration with these effects. All the grunts, the guttural noises, the glee with which she waxes poetic on farts and messy sex and pubic hair, together serve to bracket the harder times that Wong faced emotionally as she fought to make a name for herself. Frank discussions of what it was like to explore the outer limits of what was deemed “acceptable” for a young woman in comedy while navigating the dangers of actually being a woman in comedy, the terrors of safekeeping your own body in scary situations, make the raunch crucial to her story. Her embrace of the ugly as intrinsically human makes listening to the groans and snorts and other nonverbal sounds she emits a genuine pleasure. 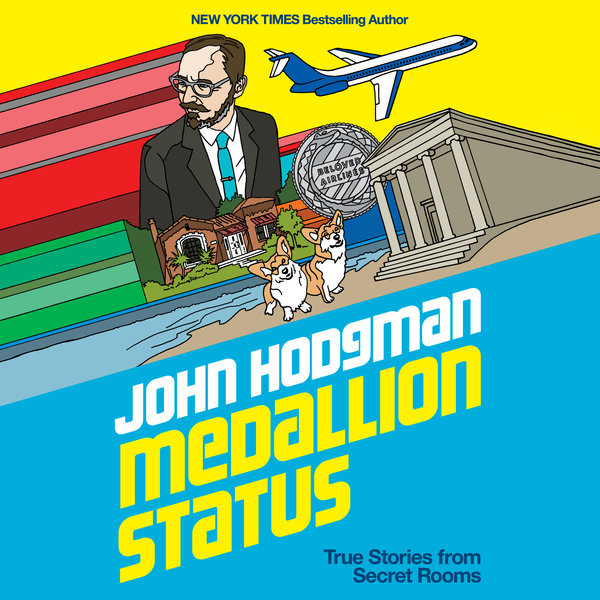 In “Medallion Status,” Hodgman’s follow-up to his 2017 memoir, “Vacationland,” the messy bodies aren’t so much literal as existential. The “Daily Show” contributor (also known as the stodgy P.C. in those long-running “Get a Mac” TV ads) gives listeners a gauzy look at a success tinged with self-doubt. Again, this is a narrator whose speaking voice is immediately recognizable, ringing familiarly throughout the audiobook like that of a friend you haven’t spoken to in a minute. But the real lifeblood of the memoir lies in its externalizations of his particular failures. The narration is conversational and witty to a fault, teeming with celebrity anecdotes, childhood stories and the overall ridiculousness of being a person. Hodgman is known for serving up the ludicrousness of life in ways that blend gravity with hilarity, and this memoir has got that aesthetic in spades. His voice, heavy at times and occasionally tired, doesn’t detract from the narrative, but rather allows for the occasional silliness to vibrate through the doldrums. It is that contrast, that authenticity, that makes the book such an appealing listen. I found myself often leaning in, as if a friend were sitting in the same room, telling me a really good story.

All three narrators deliver their jokes with the comedic timing and the panache you’d expect from such wildly successful curated personas; but it is the deep dark truths we don’t see on their surfaces that allow these bursts of humor to soar. What does it mean to struggle and come out on the other side? What if that struggle is ongoing, if it continues to define us and our passions? It means we are human.