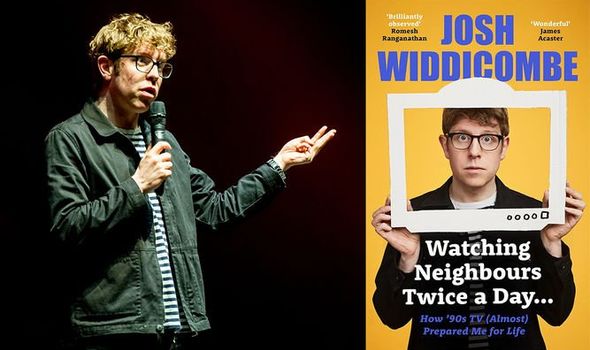 Television occupied his time and his thoughts and, in this book, he celebrates the shows he gorged on between the ages of nine and 18, from Gladiators and Beadle’s About to TFI Friday and Big Brother.

He also weaves in stories about his disastrous teenage love life and a hilarious anecdote about ill-advised drug dabbling at Glastonbury.

But you get the impression he is reluctant to tell us much about his own life.

Still, I gobbled up this book.

It’s true that, as somebody born in the early 1980s, with clearer memories of 30-year-old Neighbours plotlines than what I watched on Netflix last week, I’m slap bang in his target audience.

But Widdicombe is funny whatever he writes about.

Unlike many comedians, he has successfully transferred his comedic voice from screen to page – in his case, the nerdy prefect persona, familiar from The Last Leg and Hypothetical.

That enables him to switch easily between mocking the rest of the world for being so irrational and sending himself up for being so strait-laced.

This book captures life in the 1990s better than some formal histories I’ve read – and it made me laugh so much that my wife ordered me out of the room.