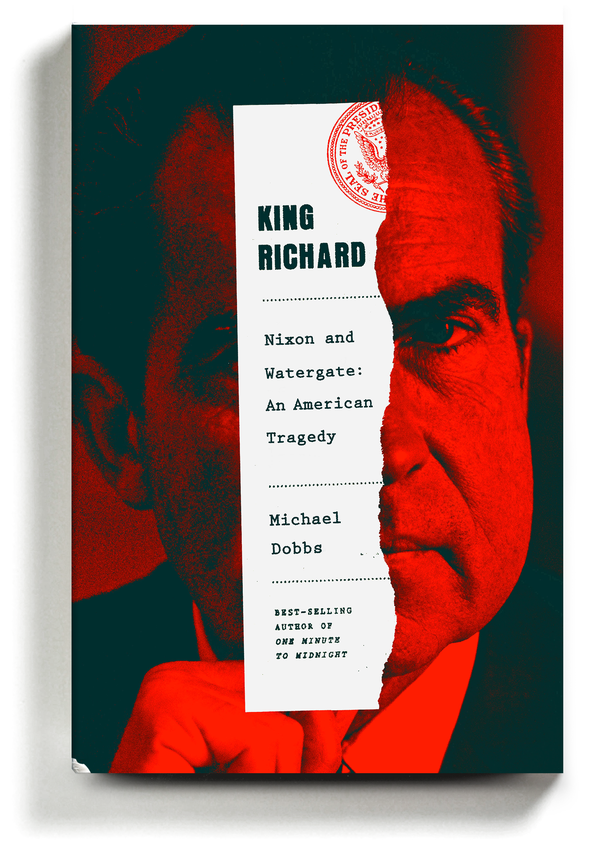 Before delving into Michael Dobbs’s rich and kaleidoscopic new book about Richard Nixon and Watergate, it’s worth thinking a bit about the miniature kaleidoscope contained in its title. There is the literal meaning of “King Richard” — the fact that Nixon’s mother named him after Richard the Lionheart, the 12th-century English king who spent most of his 10-year reign waging crusades in the Holy Land. And then there are the Shakespearean Richards: Richard II, who was forced to abdicate the throne; and Richard III, the murderous tyrant. Dobbs’s title also happens to echo the title of “King Lear,” Shakespeare’s tragedy about a monarch whose need for flattery invites treachery, precipitating his own downfall.