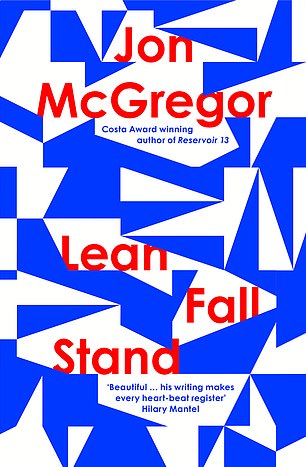 Jon McGregor’s latest has the most thrilling beginning I’ve read in a novel for some time. Three men on a research trip in Antarctica are separated when a storm abruptly hits, leaving each desperately trying to make contact with the others on the radio.

Then boom! We are in a hospital ward in Santiago and finally back home in England as the novel switches direction to focus on the stroke suffered by the team leader, Doc, and his struggles to communicate with his wife Anna.

It’s a deft sleight of hand — to seduce readers with a spectacular action narrative before giving them an entirely different novel about how we communicate — but regular readers of McGregor will know that it’s the unsensational drama contained within the ordinary that interests him as a writer. And yet…

As McGregor animates the shadow lives of carers and stroke sufferers with his characteristic compassionate precision, I found myself reading increasingly dutifully, half of me back in Antarctica, gripped by just what exactly happened during that storm.

The dumbing down of media is in the crosshairs of this wonky romantic satire, in which a scrupulous journalist finds herself the unwitting instigator of a viral fake news story after downing one too many drinks before a deadline.

Thorn Marsh, who has devoted her career to holding truth to power, has been demoted to writing feel-good features by her muckraking new boss, so needs to find heart-warming stories fast.

When her ex-husband shows her a photo of a beatifically back-lit man jumping off Viaduct Bridge into the Hampstead Heath ponds, Thorn dreams up a story about a hero risking his life to save a drowning woman, and soon the Angel of Hampstead Heath is an internet sensation, much to her dismay.

Cobbold writes in a similar waspish vein to Nina Stibbe in this gentle comedy of manners, but many of her observations feel as old-fashioned as the vanished newspaper culture the novel mourns. If, indeed, it ever existed at all. 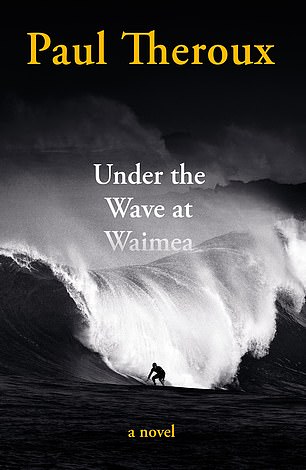 UNDER THE WAVE AT WAIMEA

Paul Theroux is a better travel writer than novelist and it’s the landscapes that sing loudest in his latest novel in which an ageing surfer drifts into an existential crisis after killing a homeless man in a drink-driving accident on his home island of Oahu.

Joe Sharkey has only ever lived for the freedom of the wave and is legendary throughout the island for his exploits in the sea. In the immediate aftermath of the accident, he refuses to face up to what he has done, in keeping with a lifetime largely spent avoiding life itself, and much to the disgust of his unaccountably devoted English girlfriend (whom Theroux has using words such as ‘plonker’ and ‘crumbs’, in ways no English person would).

You can sense a whiff of Theroux confronting his own reputation as a man in the twilight of his career in this ruminative but dreary novel about mortality and masculinity, which is rather more enamoured of its self-absorbed hero than I suspect most readers will be.