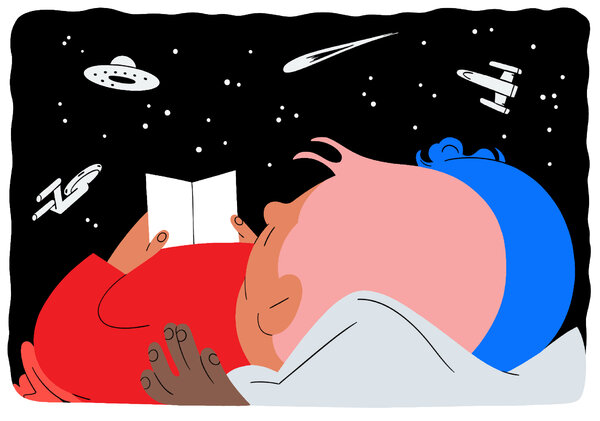 The year’s nearly over, and it’s hard to remember where it went. Most people I know have complained about memory problems, provoked by difficult times and traumatic events, and compounded by the redactions and distortions of social media. We know we all remember things a little differently, with reality fracturing into competing narratives the further we get from any given occurrence. But when disaster is near-universal and the gulf of disagreement vast, it’s easy to question our own recollections as suspect. Here, then, are books full of dueling paradigms, uncertain and chancy remembrance — with the past looming both as a resource and as a nightmare, and the future at its mercy.

Adrian Tchaikovsky is the author of over 20 novels, but somehow ELDER RACE (Tordotcom, 201 pp., paper, $14.99) is the first of his I’ve read. Lynesse is the worthless youngest daughter of a queen — an impulsive, too-earnest embarrassment to her family, believing as she does in the legends of sorcerers in their lineage. Nyr, meanwhile, is one such sorcerer — actually an anthropologist from a starfaring civilization who is separated from his team by decades and light-years, and is keeping himself isolated in suspended animation from the bronze-age locals until rescue arrives. But when a strange affliction somewhere between demon and disease begins plaguing Lynesse’s people, she comes knocking at the so-called sorcerer’s door to wake him up and claim a favor from him as her birthright.

Reading this was pure pleasure. Usually this sort of fantasy-meets-science-fiction story leans hard toward one or the other, allowing that genre’s rhetoric to contain and digest its counterpart. But “Elder Race” maintains a knife’s-edge balance between the two, and Tchaikovsky’s attention to language as a marker of genre, and to genre as a kind of translation, is elegant and thoughtful. Chapters alternate between Lynesse and Nyr, each of them struggling to understand the other’s default assumptions and paradigms until a breathtaking moment when everything’s laid bare between them.

Tchaikovsky’s prose in both modes is somewhere between smooth river rocks and tooled leather; there’s an Ursula Le Guin-like grace to his storytelling, to the shifting of cadences. Everything about this book suggests deliberate care in uniting epic fantasy’s immersive world-building with the sharp, dislocating bursts of high-concept science fiction. I’ve never been so relieved to learn of an author’s extensive back catalog. Ten out of 10, no notes.

Jeffrey Cranor and Janina Matthewson’s YOU FEEL IT JUST BELOW THE RIBS (Harper Perennial, 371 pp., $26.99) embraces genre more straightforwardly, but plays games with form and media. Cranor and Matthewson are the creators of “Within the Wires,” a disquieting anthology-style fiction podcast narrated through relaxation cassettes, museum audio guides, and letters and notes dictated to an administrative assistant. “You Feel It Just Below the Ribs” is set in the world of their podcast: an alternate 20th century shaped by the Great Reckoning, a decades-long world war “driven by nationalist identity crises.” A New Society that strives to be borderless and tribeless emerges, slowly picking away even at subgroups like nuclear families. Presented as a questionable autobiography annotated by the unnamed editors of a potentially seditious small press, “You Feel It Just Below the Ribs” mirrors the methodology of “Within the Wires,” explicitly reminding the audience of its medium while destabilizing the story through insertions and insinuations of what exists beyond it.

The fictional autobiography is of Miriam Gregory, a psychologist who pioneered a technique called the Watercolor Quiet, a blend of meditation and hypnosis designed to treat trauma — but eventually adopted by the New Society to erase people’s memories of strong family attachment. The editors inform us at the outset that Gregory spent the last 20 years of her life in hiding, and warn of her unreliability as a narrator; doing so, of course, calls their own reliability into question. The tension between Gregory’s authorship and the editors’ authority — fact-checking her claims, scrutinizing her intentions, casting doubt on her beliefs — is a subtle, quickening pulse beneath the narrative’s skin.

The relationship of podcast to novel is a tricky one. On the one hand, the book is perfectly comprehensible as a stand-alone project, and full of moving insight into loss, grief and family; on the other hand, having even a glancing familiarity with the podcast gives moments in the novel more dimension and depth, to the extent that I wonder what I’m missing by not having listened to more than a few episodes. But the podcast also slackens some of the tension between Miriam and her posthumous editors: “Within the Wires” listeners will have confirmation of certain key plot elements Gregory’s editors disbelieve. While the back-and-forth between Gregory and the footnotes works to unsettle matters in the text, the podcast — ironically — settles them. Meanwhile, Gregory’s story, on its own merits, is a mixed bag; her early years are characterized by aimless meandering in a world that is largely blank and featureless, and the form of the novel works against the kinds of storytelling that would allow a reader purchase in it. Overall, this is a novel probably best enjoyed by people with no experience of the podcast, or a complete experience of it; as the book itself suggests, half-formed remnants of memory are trouble.

Memory and revelation are integral to Freya Marske’s debut, A MARVELLOUS LIGHT (Tordotcom, 375 pp., $27.99), a lush historical fantasy. In an alternate Edwardian England, magic runs in families like wealth, but is kept secret through stealth and “lethe-mint,” a memory-erasing potion. Magical ability is latent and variable, but can be developed through education and deployed through contracts and complex hand gestures called “cradling.”