Minecraft: The Haven Trials review: An endearing and emotional adventure 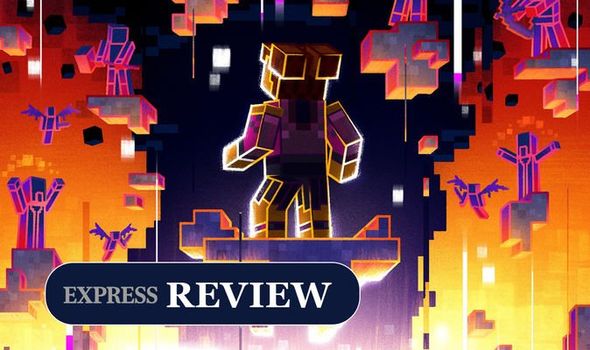 Minecraft: The Haven Trials has a simple concept, but it is executed expertly. Young teenager Cece is struggling with the world pushing her forward. She’s leaving primary school to settle into secondary school. She meets new people – bullies, boys – and has to suffer through the boorish nature of her parents, Iya and Baba. To make matters worse, her best friend, Therese, sent her a mysterious text overnight revealing that she was moving to America without any notice. With Cece’s only friend now on the other side of the world, the only way for her to stay in contact with her pal is through the magical world of Minecraft.

Cece is then devastated to learn that the world she shared with Therese had been deleted, leaving her no choice but to track down her friend online in scary and unknown Minecraft realms.

The 11/12-year-old goes through some real hardships that are merely shrugged off by the adults around her, despite the fact she feels they are the biggest things to happen in her life yet.

With the perfect amount of melodrama and tension, Cece’s adventure is explored in an exciting and refreshing way.

The true thrills of Minecraft: The Haven Trials lay within the titular tasks Cece is forced to jump into.

Before she can be (virtually) reunited with Therese on a hauntingly teenage Minecraft server called The Haven, she must pass its three trials to prove she is good enough to hang out with the cool kids.

After dying (in-game) a certain amount of times, she gets banned from the server, leaving her no way of contacting her friend ever again.

What follows is a mystically magnificent adventure full of twists, turns, excitement and a real glimpse into the world of Minecraft meta gaming.

When the YA story really gets into its stride, it feels like it has a lot of the great elements seen in other tech stories such as Ready Player One or even Charlie and the Chocolate Factory.

However, whereas Ready Player One lived and died by its frequent pop culture references, The Haven Trials’ strengths lie in its dedication to the Minecraft brand.

Frequent visitors to Mojang’s world will find themselves chuckling at subtle moments buried within the narrative that proves, yes, the author really did play a lot of Minecraft to get this story just right.

From the unexpected fear of Creepers to being hounded by griefing players, this is the first step in a series of generation-defining novels.

The only downfall of this is that the real-life chapters of the novel feel far less enticing as a result.

Readers may find themselves counting the pages until they can log back into the blocky world once again (not unlike real life, to be fair).

But, there is a lot to love in the physical world as well. Davies can’t be praised enough for making Cece and her plight in losing her one and only friend feel visceral.

Between the struggles in Minecraft, Cece’s emotions reign supreme, and they are palpable. You’ll soon want to just reach out and tell the character everything will be all right – even though you’ll be certain something worse is just around the corner for her. You’ll certainly feel moved, and that’s something that isn’t felt in a lot of novels of this calibre.

Minecraft: The Haven Trails is out now from Del Rey Books.