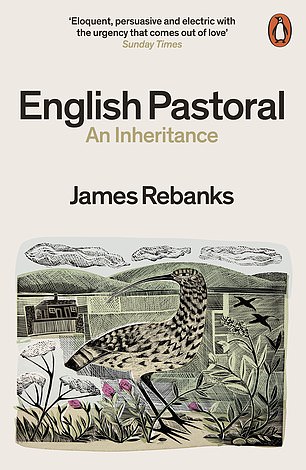 ‘Our land is like a poem, in a patchwork landscape of other poems, written by hundreds of people . . .’ When James Rebanks inherited the Lake District family farm once owned by his father and grandfather, ‘I knew I was now married to this land for better or worse.’

As a boy walking the fields with his grandfather, Rebanks had no idea he was living through the last days of an ancient world.

But change was coming with artificial fertilisers, pesticides and huge factory farms, while small mixed ones such as his family’s struggled to survive.

His passionate account of farming in the 21st century is an urgent and persuasive vision of a future in which food production can exist in harmony with nature and has justifiably just won the Wainwright nature writing prize. 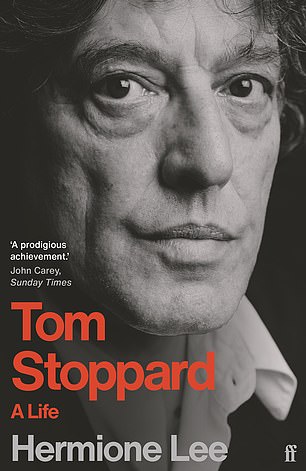 Simon Gray once remarked of Tom Stoppard, his fellow playwright and cricket enthusiast, that ‘It is actually one of Tom’s achievements that one envies him nothing, except possibly his looks, his talents, his money and his luck.’

From his National Theatre debut with Rosencrantz And Guildenstern Are Dead, to his Oscar-winning screenplay for Shakespeare In Love — (‘Busy as ever?’ remarked the Queen, presenting him with the CBE) — Sir Tom might seem to have led a charmed life.

But this sympathetic and fascinatingly detailed biography reveals the shadowy side of Stoppard’s good fortune — family members killed in the Holocaust, the loss of his father when he was too young to remember him, the troubled first marriage.

If Stoppard has been lucky, his biographer suggests that he worked hard to create his luck.

Verity Ann Baxter has lived in the same house for 52 years.

For decades she cared for her ailing mother; now she lives alone and works as a lexicographer.

When the Tilsons move in next door, Verity’s solitary life suddenly becomes much more sociable. Showbiz lawyer Tom and his wife, Ailsa, are keen gentrifiers.

Not only are they remodelling their own house and garden, but Tom is keen for Verity to do something about her own shabby premises.

An unlikely friendship blossoms as Verity is drawn into the Tilson household, tutoring their fragile young son. But ominous undercurrents begin to trouble their growing intimacy.

What is the truth of Tom and Ailsa’s marriage?

And is the untidiness of Verity’s house a symptom of something more disturbing? This elegant psychological thriller is a chilling portrait of the darkness that lurks behind suburban front doors.