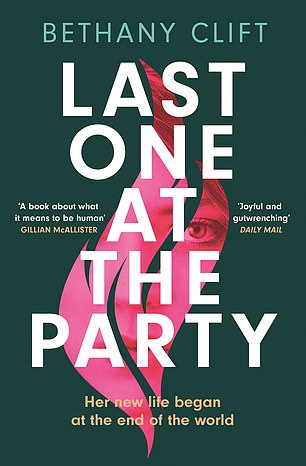 LAST ONE AT THE PARTY

October 23, 2023. People begin to fall ill in the U.S. with a virus so deadly that it is nicknamed 6DM, because six days is the maximum survival time.

By November, the infection is in the UK. Amid the chaos, a woman surfaces from an epic hangover to find that she has immunity.

Her family succumb, along with the rest of the population. The streets are strewn with bodies, communications are down and, as far as she knows, she may be the lone survivor. With only a stray dog for company, Bethany Clift’s heroine sets out on a perilous journey of self-discovery.

Ill-equipped for surviving the apocalypse (her plan is to get to Soho Farmhouse), she discovers unexpected resilience.

Clift’s gripping dystopia is terrifying but edged with anarchic humour.

‘We’re still here,’ writes Barbara Amiel at the end of her autobiography, whose dramatic highs and lows read like fiction. Born in Watford, her parents separated when she was eight and her mother took her and her sister to Canada.

She left home in her teens, but her wit and beauty brought her a career as a media star and entranced the newspaper baron Conrad Black. Her marriage to him catapulted her into a world of power-brokers, high society and haute couture: ‘I have an extravagance that knows no bounds,’ she told Vogue.

The downfall was brutal: Conrad was sentenced to prison for fraud; the society friends fled and social Siberia ensued. Waspish, witty, often scandalous, bristling with old scores settled and swooning with romantic love, this is a furious, fascinating record of a life lived to the full. 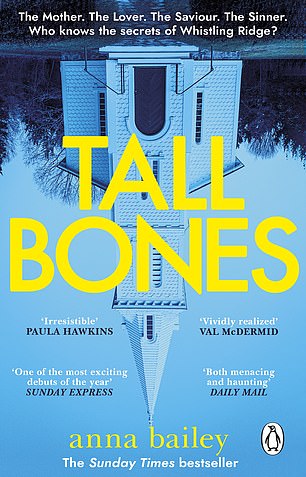 When teenager Abigail Blake goes missing from her small-town home, the townsfolk are not particularly surprised. Her father is a Vietnam veteran-turned- fundamentalist Christian who beats his wife and sons. A desultory police investigation follows her disappearance, but most assume she has run away.

Abigail’s best friend, Emma, is not convinced. Bullied for her Latina background and haunted by the mystery of her own father’s unexplained absence, Emma joins forces with a fellow outsider, Rat, a Romanian immigrant, to find out what has happened.

Their investigation will lead them into dangerous places, but also offer them a glimmer of hope. Anna Bailey’s debut novel peels back the layers of cruelty, prejudice and suffering that lie beneath the surface of an ordinary, God-fearing community.