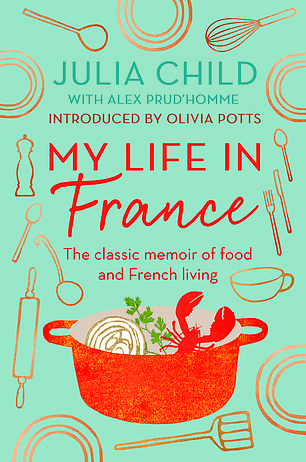 Composed in 2004 when she was 91, Child’s enchanting memoir is a love letter to France

MY LIFE IN FRANCE

On November 3, 1948, a ‘six-foot-two-inch, 36-year-old, rather loud and unserious Californian’, as Julia Child described herself, first arrived in France.

It was the start of a love affair with the country whose cuisine she would bring to the U.S. with her hugely popular book and TV series, Mastering The Art Of French Cooking.

Julia’s husband of two years, Paul Child, had been posted to the American Embassy in Paris. Driving towards the French capital, the couple stopped for lunch in Rouen. It was, Julia wrote, ‘the most exciting meal of my life’.

Composed in 2004 when she was 91, Child’s enchanting memoir is a love letter to France, to the French cuisine that she made accessible for amateur cooks, and to her beloved husband, Paul. Bon appétit!

But when a neighbour calls Joe to report a dead moose on his property, Joe finds that something more sinister has occurred. The body is not a moose, but a partly burned human corpse, which turns out to be that of local fishing guide, Bert Kizer. Earlier that morning Marybeth, arriving for work, had seen a shadowy figure leave a package at the front door of the library.

It proves to be a photo album once owned by a high-ranking Nazi and now sought by the sons of a right-wing Hungarian politician who will do anything to get hold of it. Joe’s family and friends confront the ruthless violence of urban terrorists in this stylish modern western. 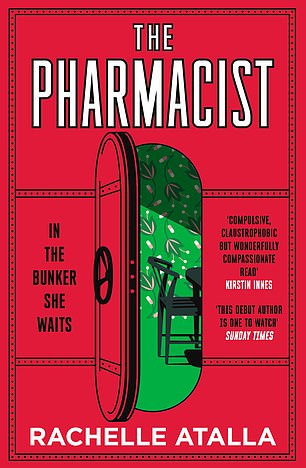 In a bunker, survivors of a nuclear apocalypse live a shadowy existence, sleeping in metal-framed bunks and eating pureed goo. Men and women wear identical boiler-suits and are known by their surnames.

As part of the medical team, Wolfe, a pharmacist, has intimate knowledge of the inmates.

Unexpectedly summoned to an interview with the community’s leader, Nathan Douglas, who lives in lavish style, secluded from the others, Wolfe is asked to keep four other inmates under surveillance.

But even the most repressive regime cannot completely control human feelings, and soon Wolfe finds herself forced to make moral choices as she becomes close to a trio of fellow inhabitants. Rachelle Atalla’s elegant debut novel is a compelling account of a society whose rigid inhumanity is pierced with glimmers of hope.