Nearly a Century Later, We’re Still Reading — and Changing Our Minds About — Gatsby

I’ve long held to the completely unsupported notion that a protagonist is simpler to write than a truly memorable supporting character. Sometimes just a silhouette — created with a few slashes of the pen, a few charismatic adjectives — seems the more unlikely accomplishment, born out of some surplus wit and energy, some surfeit of love for a fictional world that expresses itself in the desire to animate even its most minor participants.

F. Scott Fitzgerald excelled at this sort of character. Few can write a more vivid neighbor, train conductor or, more usually, bartender. Take Owl Eyes (or so he’s called, for his large spectacles), one of the many partygoers at Gatsby’s mansion. When we first meet him, he has wandered into the library and doesn’t seem able to escape — he stands paralyzed, staring at the books in inebriated admiration.

I wonder if we’re all Owl Eyes now. In the century or so since “The Great Gatsby” was published, we have been lost in Gatsby’s house, immured in a never-ending revival.

This revival will only get more crowded when the novel’s copyright expires as the calendar turns to 2021. January will see the publication of a new edition from Modern Library, with an introduction by Wesley Morris, a critic at large at The New York Times, and another from Penguin, introduced by the novelist Min Jin Lee. That month also brings a prequel, “Nick,” by Michael Farris Smith.

All this follows several films, theater adaptations and other retellings. The novel has been transplanted to post-9/11 Manhattan in Joseph O’Neill’s “Netherland,” to 21st-century London (our bootlegger becomes a Russian arms-dealing billionaire) in Vesna Goldsworthy’s “Gorsky,” to the home of a Black family in contemporary North Carolina in Stephanie Powell Watts’s “No One Is Coming to Save Us.” Gatsby has inspired immersive theater, young adult novels, a Taylor Swift song — “Happiness,” on her latest record, weaves together lines and images from the novel. Even the most minor characters have had spinoffs — Pammie, age 3 in Fitzgerald’s book, has her own story told in “Daisy Buchanan’s Daughter,” by Tom Carson. (Apparently she becomes LBJ’s confidante in Carson’s work; and honestly, why not at this point?) All this atop a heap of Fitzgeraldiana, new biographies and scholarship — to say nothing of the humming cottage industry dedicated to Zelda Fitzgerald, newly resurrected as a feminist heroine.

The literary term for this profusion of interpretations borne out of a novel’s wide influence and deep purchase on the imagination is insane glut.

Why doesn’t it irritate me more? Perhaps it’s because the book occupies such a peculiar place in the culture. Is there a major novel so established in the canon and curriculum whose literary merit and moral probity remain so regularly and passionately contested? We’re not speaking of books like “Huckleberry Finn,” mired in a confused, deathless debate about racist language and censorship. With “The Great Gatsby,” the question is simpler and stranger: Can Fitzgerald write? Is the book a masterpiece — what T.S. Eliot called “the first step that American fiction has taken since Henry James” — or, as Gore Vidal put it, as Gore Vidal would, the work of a writer who was “barely literate”? 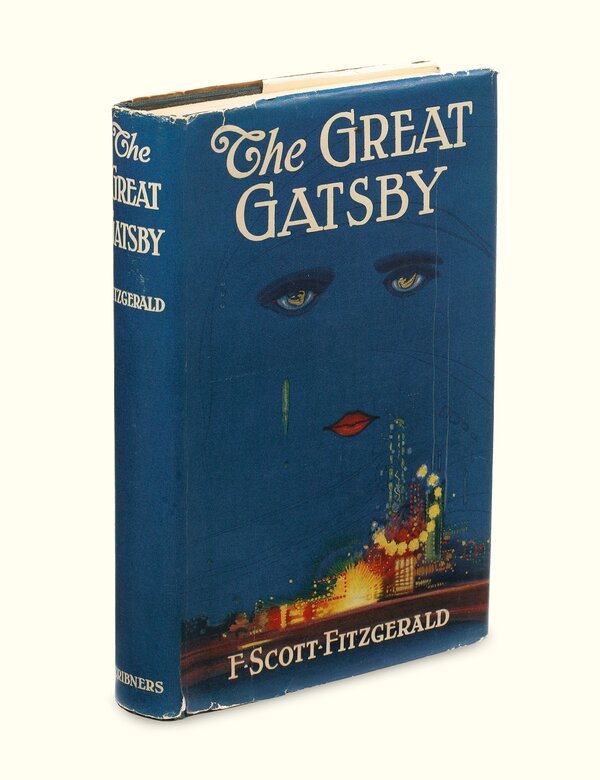 The novel has become subject to all its own barbs; every one of Fitzgerald’s bitter observations is lobbed back at his book in turn. As Nick wonders of Gatsby, so readers have wondered of the novel: Is this shallowness I perceive, or miraculous depth? Like Daisy, the book is derided as pretty and meretricious. Like Nick, it is accused of being passive, or worse — complicit in the spectacle it appears to criticize.

Even admirers have their own debates: The book is good, but great?

Great — but not the greatness of assurance and cut-gem perfection. It’s the greatness of a vastly open, unstable, slithery text. Within the scaffold of its tidy, three-act structure and its carefully patterned symmetries, sprouts an unruly blend of stiff moralism and wild ambivalence, its infatuation with and contempt for wealth, its empathy alongside its desire to punish its characters.

One of the pleasures of writing about a book as widely read as “The Great Gatsby” is jetting through the obligatory plot summary. You recall Nick Carraway, our narrator, who moves next door to the mysteriously wealthy Jay Gatsby on Long Island. Gatsby, it turns out, is pining for Nick’s cousin, Daisy; his glittering life is a lure to impress her, win her back. Daisy is inconveniently married to the brutish Tom Buchanan, who, in turn, is carrying on with a married woman, the doomed Myrtle. Cue the parties, the affairs, Nick getting very queasy about it all. In a lurid climax, Myrtle is run over by a car driven by Daisy. Gatsby is blamed; Myrtle’s husband shoots him dead in his pool and kills himself. The Buchanans discreetly leave town, their hands clean. Nick is writing the book, we understand, two years later, in a frenzy of disgust.

Fitzgerald was proud of what he had achieved. “I think my novel is about the best American novel ever written,” he crowed. The book baffled reviewers, however, and sold poorly. “Of all the reviews, even the most enthusiastic, not one had the slightest idea what the book was about,” Fitzgerald wrote to the critic Edmund Wilson.

That matter remains unsettled. The book has been treated as a beautiful bauble, fundamentally unserious. In a 1984 essay in The Times, John Kenneth Galbraith sniffed that Fitzgerald was only superficially interested in class. “It is the lives of the rich — their enjoyments, agonies and putative insanity — that attract his interest,” he wrote. “Their social and political consequences escape him as he himself escaped such matters in his own life.”

This interpretation has been turned on its head. Both new editions make light of the book’s beauty — it’s the treatment of the grotesque that is so compelling (Morris compares the characters to the “Real Housewives”). Both make the case that the book’s value lies in its critique of capitalism. Lee describes Fitzgerald as “a fan of Karl Marx,” and writes that “Gatsby” remains “a modern novel by exploring the intersection of social hierarchy, white femininity, white male love and unfettered capitalism.” For Morris, too, there is no romance between Gatsby and Daisy but “capitalism as an emotion”: “Gatsby meets Daisy when he’s a broke soldier, senses that she requires more prosperity, so five years later he returns as almost a parody of it. So the tragedy here is the death of the heart.”

The evidence exists, in Fitzgerald’s complicated way, as we look at the text and the biography. He was rived by bitterness and profound envy toward the rich. “I have never been able to forgive the rich for being rich and it has colored my entire life and works,” he wrote to his agent. But this was the same man who, as a child, liked to pretend he was the foundling son of a medieval king. The same man who fell in love with Zelda because she looked expensive.

So much waffling, according to critics who want less equivocation, less moonlight and stronger moral stances. Except for those critics who find the moralizing heavy-handed and crave subtlety. What other waves of analysis await us as the new narratives rush in? How can one story sustain them all? As we’re borne back, ceaselessly into this one text, it becomes clear that courting admiration might be one path to literary immortality, but courting endless interpretation might be the safer bet. After all, there’s great honor in being a supporting character.