Nephew of millionairess charts her dogged climb up the social ladder

My aunt, the triple bigamist: Nephew of millionairess femme fatale charts her dogged climb up the social ladder from impoverished to pampered in a shocking new memoir

Don’t we all love a wealthy aunt dripping with pearls who whisks us off to the theatre in her chauffeured Rolls, preceded by high tea at Claridge’s, in London?

Young Ferdinand Mount relished staying with his Aunt Betty and Uncle Greig in their comfortable Home Counties houses as a boy in the early 1950s, and being spoilt with London treats.

‘Call us Unca and Munca, as in The Tale Of The Two Bad Mice,’ Aunt Betty instructed Ferdinand one day. Little did he know how accurate Beatrix Potter’s choice of adjective was.

In this gem of a book, he untangles the true story of Munca’s single-minded climb up the social ladder, on each rung of which she discarded her many and varied pasts. Her whole pampered existence turned out to be built on ‘a ziggurat of lies’. 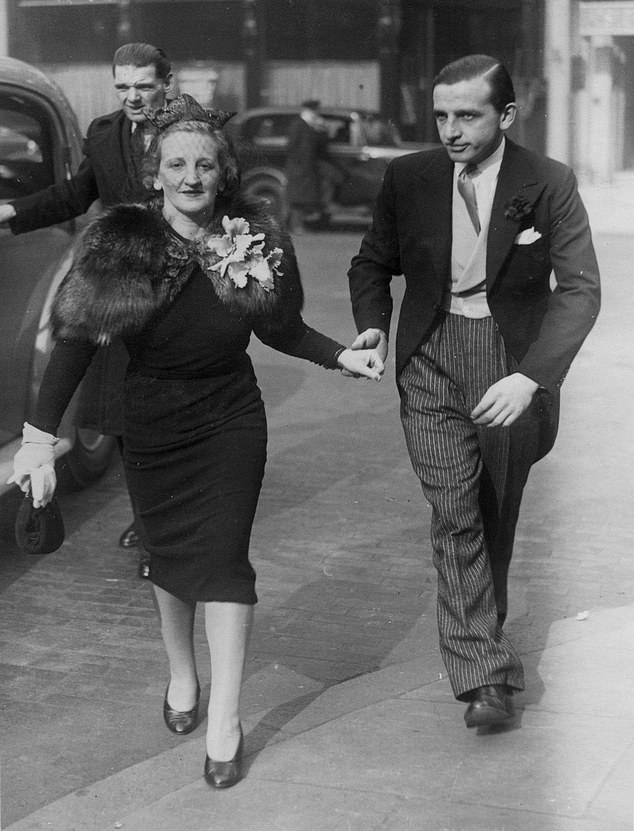 She was, in fact, a three-time bigamist who, through her lies and secrecies, caused untold psychological damage to her daughter Georgie, who would be scarred for life by her mother’s bullying veto on her engagement to the love of her life, David Dimbleby. It was not Munca’s snobbism that forbade that marriage, but her terror that here was a newshound who would sniff out the truth.

A sparklingly witty writer, with deep empathy and a keen eye for the tragi-comic, Mount whisks us from the glamorous world of those high teas at Claridge’s to other far less salubrious spots where the truth resided. It was through chancing upon an article in Country Life about the modernist house Charters in Berkshire that Mount began to get a handle on the true story. Charters was owned by the tycoon Frank Parkinson and his wife, Doris.

The article mentioned that the interior décor had been done by Doris’s sister, ‘Mrs G. R. Mount’.

Mount tracked those two sisters — Doris, and Munca, née Eileen Constance Sylvia Macduff — down to the grinding poverty of Sheffield in which they’d both been born. Their family had become destitute when their father died of phthisis, or ‘grinder’s lung’. 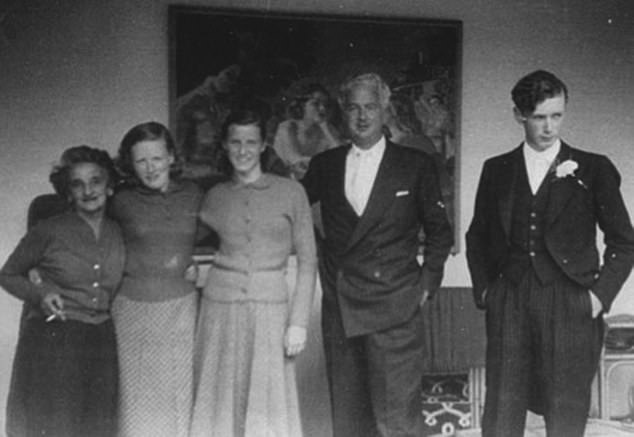 Did Munca’s husband, the perfectly sane-seeming Uncle Greig Mount (Ferdinand’s father’s younger brother), even know almost every ‘fact’ on his marriage certificate was a lie?

It’s hard to keep a tab on Munca’s previous affairs, marriages and bigamies, but there seemed to be at least two Gloucestershire county cricketers, plus a succession of affairs and register-office marriages that took place without the previous marriage having been terminated.

All this subterfuge was made possible by Munca changing her name to a host of new concoctions, culminating in the grand-sounding Patricia Elizabeth Baring.

Mount relishes the coincidence that one of Munca’s most vigorous extra-marital affairs took place in Crawford Mansions, Marylebone, in which the newly married Mr and Mrs T. S. Eliot were living upstairs. 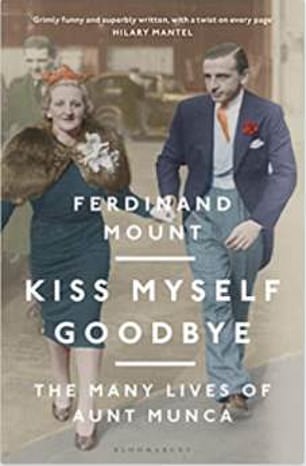 He imagines Eliot composing ‘the greatest poem of the 20th century’ while, on the floor below, Munca was committing adultery ‘with gruelling frequency’ with a certain William Anderson, whom she then bigamously married and who died of TB shortly afterwards.

One of those cricketers, Dallas Page, whom she married in 1933, was the captain of Gloucestershire and died in a car crash on the closing day of the 1936 season, having just beaten Nottinghamshire. Munca was in the south of France at the time, and didn’t go to his funeral. She had already moved on.

There’s so much human shallowness in this story that, if it were less well told, it could seem mere frippery. But Mount keeps us turning the pages with his brilliant evocation of place, his own constant surprise at all these jaw-dropping discoveries, and a quiet underlying sense of the dark consequences of a life in which every little lie leads to a bigger one.