How to commit the perfect murder: A new book on poison is a detailed primer on getting rid of your enemies — if only you could work out a way not to get caught…

A TASTE FOR POISON

Who hasn’t thought of poisoning someone? I know I have. Of my three true enemies, one is already dead, another is very old indeed and the third has had all sorts of health scares over the years, and has a tendency to drive up the motorway at 120 mph at the dead of night.

So I should probably just sit tight and wait. But there have been times when I have been sorely tempted.

Professor Neil Bradbury is a British-born, American-based academic specialising in physiology and biophysics, and what he doesn’t know about knocking people off with toxic chemicals is probably not worth knowing. 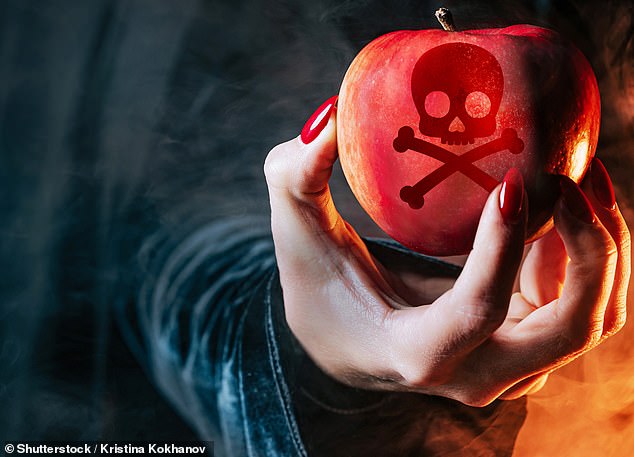 This very splendid book is essentially a detailed primer on how to dispose of your enemies, although he is careful to point out, more than once, that you will probably get caught.

The ‘undetectable’ poisons of early 20th century crime fiction don’t really exist any more. Most of them are now easily identified, even if not so easily cured. Most of them are positively brutal in their effects.

Bradbury’s book is subtitled ‘Eleven Deadly Substances And The Killers Who Used Them’. Each chapter takes a particular poison, discusses its origins, tells a story or two about murderers who employed them, gives us a biochemical analysis of how they work in the body, and then tells us what we should do if we are struck down with them. Along the way he also entertains us with some fascinating facts.

The word ‘poison’ has been in the English language since 1200, meaning ‘a deadly potion or substance’.

Poison can be delivered to a victim by four routes: Ingestion (eating or drinking it), respiration (breathing it), absorption (putting it on the skin) and injection (with a syringe or maybe a specially modified umbrella on Waterloo Bridge).

The best story is told by Sir John Mortimer, eminent barrister and creator of Rumpole of the Bailey.

‘As a rule,’ he said, ‘women are the great poisoners, although I do recall with pleasure the case of the gentleman solicitor who poisoned everyone in sight. He couldn’t stop himself. He was very genteel. He came up with the most memorable line in the annals of true murder.

‘As he handed one of his guests a poisoned scone, he said, “Excuse fingers.”’ 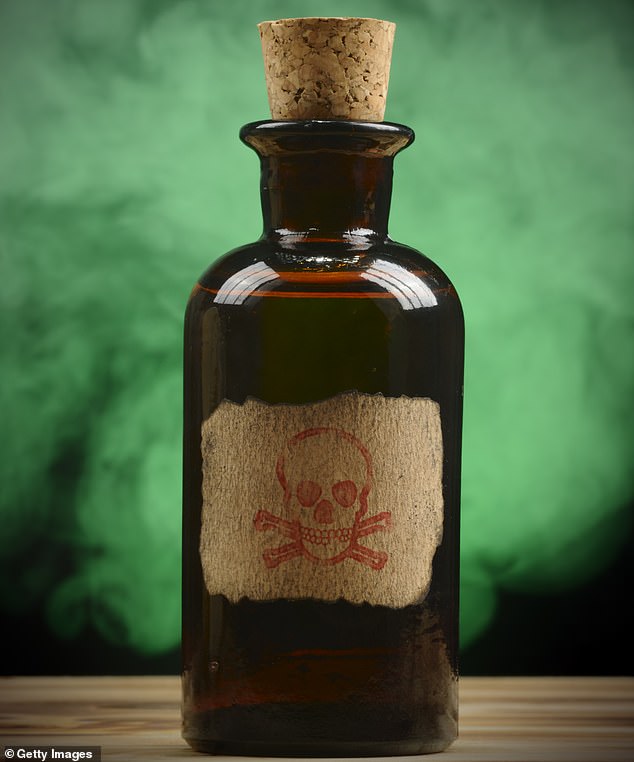 Insulin, for example, is a vital drug for the treatment of diabetes, and was first identified and purified from animal pancreases by Canadian researchers in 1921. Thirty years later, though, it was used ingeniously by Kenneth Barlow, a former male nurse, to kill his young wife Elizabeth, who drowned in a bathtub in Bradford after he had injected her with a massive dose of the stuff.

The doctor knew something was up because her pupils were hugely dilated, which doesn’t happen to drowning victims. A few years earlier, some schizophrenics in Austria had been injected with insulin as an experimental therapy. Researchers noted that patients began to sweat profusely, requiring repeated baths to wash away the sweat.

Then patients became restless and major convulsions followed. These ended only when they went into a coma, at which point the patients had fixed, widely dilated pupils. All these symptoms had been on display during Mrs Barlow’s last agonising hours.

The Home Office’s forensic pathologist was convinced that Elizabeth had been injected with insulin to make her comatose before she was pushed underwater. The pathologist and his team went over the body inch by inch with magnifying glasses, looking for needle marks, and found them, two in each buttock.

The jury took 85 minutes to find Kenneth Barlow guilty, and the judge, sentencing him to life, described Barlow as ‘a cold, cruel premeditated murderer who, but for a high degree of detective ability, would not have been found out’. 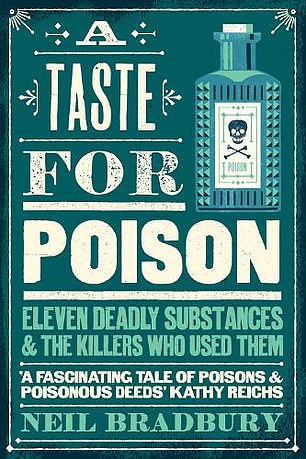 In November 1984, at the age of 65 and having been in prison for 26 years, Barlow was finally released, still protesting his innocence. And that’s just the first chapter!

Atropine is another nasty little bugger, first synthesised from deadly nightshade berries in 1833. Venetian courtesans would squeeze a drop of it into their eyes to make their pupils dilate and make them look more alluring. Unfortunately, prolonged use made you go blind.

In 1995 a biochemist named Paul Agutter tried to murder his wife Alexandra with tonic water adulterated by atropine. He had also added the poison to a consignment of tonic water bottles he then placed in a supermarket in Edinburgh, to cover his tracks. He had put enough atropine in each bottle to make people ill but not to kill them, then added some more to the one he kept aside for his wife, just to make sure.

As Bradbury puts it, ‘There are two key elements to committing the perfect murder: the intended victim should die; but the murderer should also escape arrest, conviction and imprisonment.’ Unfortunately for Paul Agutter, neither of these events took place. When Paul added gin to the laced tonic water and gave it to his wife, she sipped it but felt it didn’t taste right.

The glass of gin-and-atropine would have been enough to kill her, but even the small quantity she drank was certainly enough to bring on all the symptoms of atropine poisoning. Her mouth went dry, her heart started racing and when she stood up, she was so dizzy she collapsed to the floor. ‘At that point the hallucinations began, with Alexandra later recalling that everything looked as though it was made of gossamer silk.’

Paul did not call for an ambulance, but instead rang the family doctor, who he knew was away that night. But, his frantic message was picked up by an on-call doctor, who came round, clocked the situation and called for an ambulance. At his trial a student of his, who had a job at the supermarket, testified that he had seen Agutter putting the atropine-laced bottles of tonic on the shelf. Alexandra survived by the skin of her teeth and Agutter got 12 years.

Bradbury’s book, a winning mixture of hard science and true crime stories, is almost indecently entertaining. Strychnine, you might be interested to learn, comes from the vomit button tree. There’s also a great story about killer horseradish. It’s all thoroughly recommended.