THE ROLE OF BIRDS IN WORLD WAR TWO

In December 1943, at the height of World War II, a medal was awarded ‘for delivering a message under exceptional difficulties and so contributing to the rescue of an air crew’.

Its recipient was a female, nicknamed Winkie because she was seen winking one eye during a dinner held in her honour. Winkie was unusual for another reason. She was a pigeon.

As Nicholas Milton explains in this engaging book, nearly 250,000 pigeons served with various British Forces during the war.

The Dickin Medal, the award Winkie won, was the brainchild of Maria Dickin, founder of the PDSA. It was intended to acknowledge animal bravery. Of the 54 Dickin Medals handed out during the war, 32 went to Winkie’s fellow pigeons. 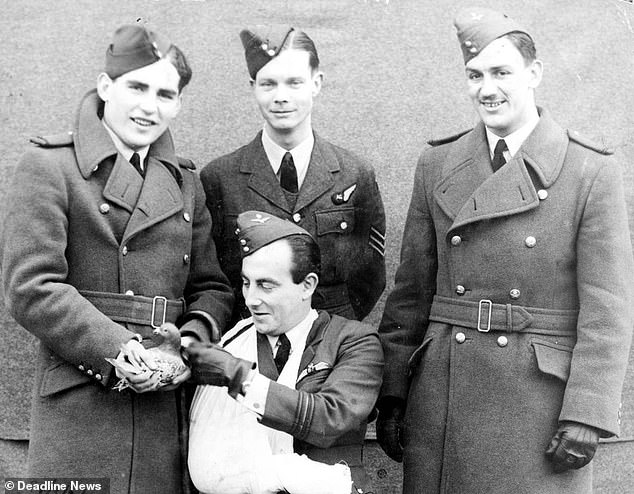 The rescued crew reunited with Winkie, the war hero pigeon who was awarded the Dicken medal for animal bravery after flying from a bomber wreck in the north sea to its owner in Broughty Ferry, raising the alarm and saving four lives

The British Army Pigeon Service had been created during World War I but disbanded when hostilities ceased.

In 1939, it was re-founded as the National Pigeon Service. The birds were not only employed, like Winkie, as messengers in the RAF. Intelligence services found them useful. ‘Operation Columba’ in 1940 saw thousands of pigeons in special containers dropped by parachute into occupied France and the Low Countries.

People who found them were invited to fill in a questionnaire, strapped to the birds’ legs, with information about life under German rule. The homing birds could then be released and head back over the Channel to Britain.

Birds played a significant role in wartime culture. At the cinema, Leslie Howard played R.J. Mitchell, the designer of the Spitfire, in The First Of The Few, supposedly inspired to create his aircraft after watching seagulls in flight. The story is probably apocryphal. So too may be Mitchell’s response to the news that the plane was to be called the Spitfire. ‘That’s the sort of bloody silly name they would choose,’ he is reported to have said.

Birdwatching, Milton notes, was an enormously popular pastime in the war years. James Fisher’s Penguin book, Watching Birds, published in 1940, became a bestseller. In it, he listed some of the birdwatchers he knew — ‘a prime ­minister, a secretary of state, a ­charwoman, two policemen, two kings, one ex-king, five communists, one fascist, two labour, one liberal and six ­conservative members of parliament…’

The prime minister was Neville ­Chamberlain, who put up nest-boxes in the garden of 10 Downing Street and went birdwatching in St James’s Park nearly every day. He left office, of course, soon after Fisher’s book appeared, to be replaced by Winston Churchill. 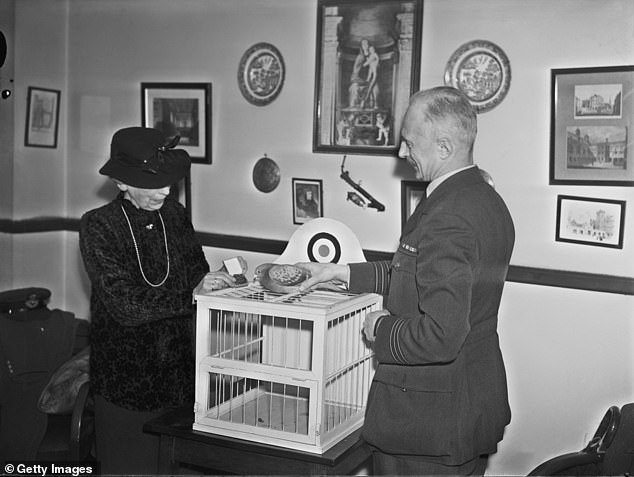 Together with Churchill, one of the most significant war leaders was Field Marshal Alanbrooke, Chief of the Imperial General Staff for much of the war.

Alanbrooke did not always have an easy relationship with Churchill. Birdwatching was his escape from the incredible stresses of his job and, as he described it in his diary, ‘all the nightmare of responsibility’. In June 1943, Alanbrooke bought a 45- ­volume set of John Gould’s The Birds Of Great Britain for just over £1,500. They were, he wrote, ‘wonderful value… as an antidote to the war and to Winston!’

Other birdwatchers continued to enjoy their passion in the most desperate of circumstances. The future naturalist and conservationist Peter Scott delighted in the sight of a Dartford warbler amidst the chaos of war while serving aboard HMS Broke. The Changi Ornithological Study Group must be unique among birdwatching clubs in that all its members were prisoners of the Japanese in the Changi POW camp, near Singapore.

‘Birds,’ James Fisher wrote in his ­wartime bestseller, ‘are part of the ­heritage we are fighting for.’ Today this may seem like an over-exaggeration but Nicholas Milton’s richly informative book shows how close it was to the truth.