New & Noteworthy, From Obamacare to Women in Television

THE TEN YEAR WAR: Obamacare and the Unfinished Crusade for Universal Coverage, by Jonathan Cohn. (St. Martin’s, $29.99.) A health reporter and policy expert, Cohn takes readers behind the scenes of the struggle to pass and preserve the Affordable Care Act.

RESCUING THE PLANET: Protecting Half the Land to Heal the Earth, by Tony Hiss. (Knopf, $28.) Traveling across North America to illustrate how the planet is a complex system, Hiss (a former staff writer for The New Yorker) calls for protecting 50 percent of the Earth’s land by 2050 to counter climate change.

VIBRATE HIGHER: A Rap Story, by Talib Kweli. (MCD/Farrar, Straus & Giroux, $27.) Growing up in Brooklyn with hip-hop as a constant soundtrack, Kweli embraced the music’s political potential and became a star in his own right, collaborating with rappers from Mos Def to Kendrick Lamar.

WHEN WOMEN INVENTED TELEVISION: The Untold Story of the Female Powerhouses Who Pioneered the Way We Watch Today, by Jennifer Keishin Armstrong. (Harper/HarperCollins, $27.99.) The surprising history of four women who seized on TV’s early potential. 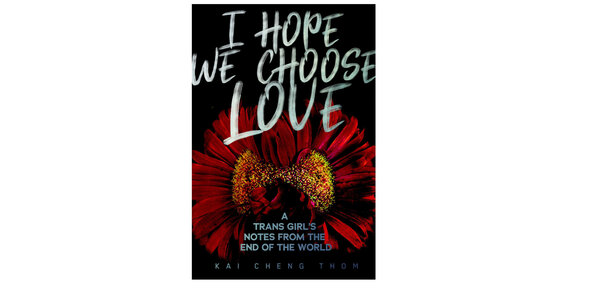 There are words we say a lot when we talk about the queer community: accountability, justice, harm reduction, intersectionality. I can convincingly use each of these words in a sentence, but press me on the brass tacks of how to apply these concepts? I become less eloquent. Kai Cheng Thom is only 30, but she’s been enmeshed in the queer scene long enough to understand the value of lofty ideas and the complexities of trying to implement them. In her collection of essays and poems, I HOPE WE CHOOSE LOVE, Thom doesn’t avoid difficult topics like partner violence, consent, suicide and (OK, fine, yes) “cancel culture.” Her prose easily floats between humor and pain, and her pragmatic but gentle approach to complicated topics sets her apart from some of her more dogmatic peers. Thom calls her book “a trans girl’s notes from the end of the world,” but her book made me wonder if we’re actually just in the painful process of a new world being born.