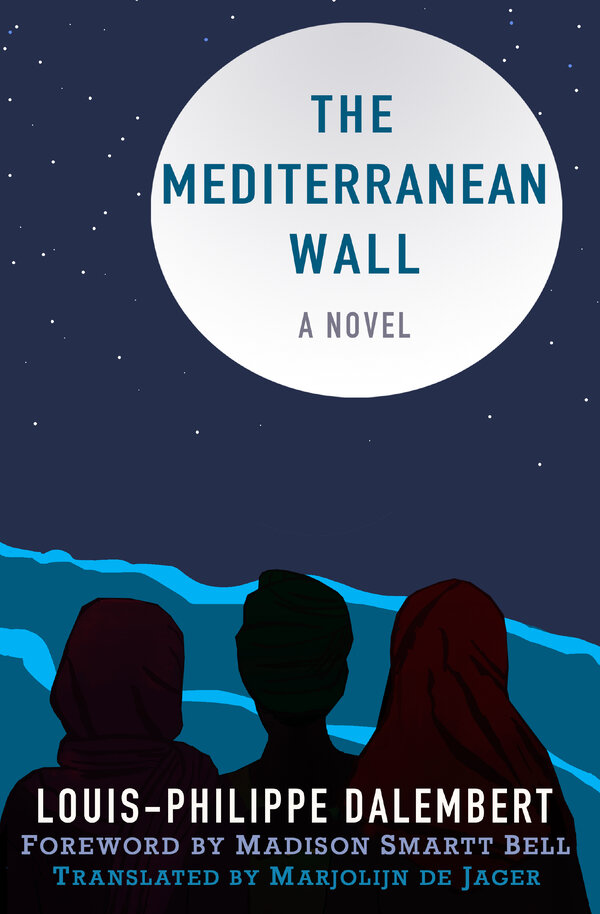 The Haitian author Dalembert calls the exodus of refugees across the Mediterranean “the greatest humanitarian catastrophe of the early 21st century.” In his novel “The Mediterranean Wall,” three women — the Nigerian Shoshana, the Eritrean Semhar and the Syrian Dima — flee their countries for the Italian island of Lampedusa aboard a trawler as overpacked as a slave ship and comparably dangerous.

But while this voyage — based on events that occurred in July 2014 — is the novel’s central action, it occupies less than half of the book. Dalembert also depicts the varied backgrounds, motivations and preliminary land journeys of Europe-bound refugees. Shoshana, ethnically Igbo but an observant Jew, is fleeing drought; the Orthodox Christian Semhar is escaping interminable military service; Dima and her family, well-to-do Muslims, are fleeing civil war. This point-by-point diversity is realistically representative but, neatly compiled in a single novel, feels somewhat schematic.

The back stories are densely informative, and the often horrific particulars feel morally necessary, never gratuitous. Yet the story of just one of the women — vividly, selectively dramatized — could have filled the book’s 350 pages. Having committed himself to such a wide focus, Dalembert has to overrely on exposition and summary. Nor is this tendency confined to the back stories. The climactic shipboard scene begins with a superfluous overture, stiffly phrased in de Jager’s translation: “What followed next came from the realm of the unspeakable. Or the horror film. So many scenes of violence beggared comprehension.” Of Shoshana and Semhar’s involvement we hear only that they “managed to thread their way through the middle of the clash without too much harm, other than a knife cut on Shoshana’s arm, fortunately not very deep.” We never see how she sustained the cut and escaped her attacker; we don’t learn how she felt, what she saw.

That events of this scope and significance have been forgotten is profoundly troubling. By memorializing a disaster and its nameless victims — the novel is a kind of cenotaph — Dalembert has made a dent in the vast wall of this amnesia.

“Disquiet,” by the Turkish novelist, musician and activist Livaneli, takes the form of a documentary investigation by an Istanbul journalist. Ibrahim (the name his traditional parents gave him rings ironic now that he’s fully “Westernized” and “atheist”) returns to his childhood city in Mesopotamia, on Turkey’s border with Syria, to investigate the death of a man he knew as a boy, the “softhearted” and devout Hussein. The city, formerly tolerant and inclusive but now “darkened by the shadow of a sterner, angrier Islam,” is a focal point of the Syrian refugee crisis.

In first-person accounts engagingly translated by Freely, the dead man’s family, acquaintances and ex-fiancée explain that Hussein, a volunteer medic in the refugee camps, fell in love with a member of the persecuted Yezidi, or Ezidi, minority. Some of Ibrahim’s sources remain stunned that Hussein would throw over a fetching fiancée from an affluent family for Meleknaz, a penniless non-Muslim whose blind baby might have been “the result of rape.” Outraged jihadis attack and force Hussein into exile in Germany. His fate there is a cruel consummation of the dilemma many refugees face — escaping one affliction only to meet others.

In the course of his inquiry, Ibrahim, till now a citizen of a digital, post-symbolic world, gets caught up in the “mystical and extraordinary world of beliefs” embodied by Meleknaz, Mesopotamia and the Ezidi. When Angelina Jolie is airlifted into the refugee camps as a kind of dea ex machina, Ibrahim reflects that “human beings can’t live without mythology.” Stars like Jolie are the remote, mysterious deities (or “angels,” get it?) of a secular, consumerist world. Not an original insight but amusingly deployed here.

By the end of this compact, entirely captivating novel, Ibrahim is unhappily back in Istanbul among “plaza people” obsessed with “career and property.” Like Hussein before him, he’s obsessed with the elusive Meleknaz and now seems a student of her ancient religion, one that rejects the puerile, fatal polarities underlying our ostensibly rational civilization: good and evil, mind and body, subject and object.

Statovci is himself a former refugee, brought to Finland as a child by his Kosovan parents. The protagonist of his superb third novel, “Bolla,” is an aspiring writer and young husband who, shortly before the outbreak of war in Kosovo, starts an affair with a man, a Serbian medical student named Milos. Since Kosovo is deeply conservative and Arsim “an Albanian in a world run by Serbs,” this is a doubly forbidden love.

Statovci, in Hackston’s eloquent translation, evokes the affair with delicacy and precision. In one scene, Milos, studying, asks Arsim to lie on the floor so he can explore his chest with “chilly, metallic fingers at the exact point where he would make an incision in a coronary bypass operation.” Likewise, Statovci nails Arsim’s marriage to the tenacious, ultimately indomitable Ajshe, who practices a sort of conjugal aikido, calmly absorbing and assimilating transgressions that ought to estrange her, and are meant to.

Forced to flee Kosovo, Arsim and his young family find refuge in an unnamed “city of millions” where they live in a high-rise among “identical-looking buildings” and Arsim works in a nondescript factory. The unspecific, spectral nature of this existence is apt; in his heart, Arsim still inhabits Kosovo and mourns Milos.

Italicized passages punctuating the main story indicate Milos has not forgotten Arsim either. But these are the febrile ruminations of a man destroyed by atrocities both committed and sustained: “How quickly the mind can crack, how suddenly evil can take the place of good, and how easy killing is then.”

When Arsim is arrested after an online hookup gone wrong, then declines to defend himself, we sense he’s hoping for deportation, both to escape his marriage and to find Milos. In the chapters that follow, surprise follows surprise; none feels willed or fanciful but rather received, as if Statovci is no longer the story’s author but its amanuensis. An occasional surfeit of similes is the prose’s one minor flaw. “Bolla” is a splendid achievement and Statovci a major talent.