One Way Street: The chilling story of a war veteran who witnesses family murder

Having returned to his native Newcastle after prison, Jimmy Mullen is struggling to rebuild his life and stay out of trouble when, kipping down one night near the River Tyne, he hears a heated argument between two men followed by a loud splash. When he tries to raise the alarm, no one in authority takes him seriously and even he starts to believe the encounter might have been a hallucination. Then a few days later, Jimmy catches sight of a chilling newspaper headline, “Girl in missing dad plea”, and realises he may have overheard a killing after all.

That is the extraordinary set-up to Trevor Wood’s award-winning debut novel, The Man On The Street, which introduced readers to one of fiction’s most distinctive new heroes, ex-Royal Navy cop Jimmy – swiftly dubbed “Sherlock Homeless” by readers and critics.

“I always felt Jimmy had a kind of uniqueness about him, I knew there was nothing else out there that had a homeless man as a protagonist,” says Trevor, 62, who spent
16 years in the Royal Navy.

“I wanted to write about crime but I didn’t want to do another police procedural. I wanted to make the point the homeless are ordinary people who have been unlucky or made bad decisions. But I hadn’t been homeless myself and I needed to find a way in.

“It was only when I discovered some statistics – they think about 10 percent of the homeless are ex-servicemen – that I could see it working. I know former servicemen – I am one – and that’s where Jimmy being ex-Royal Navy came into the story.

“But I wanted to be realistic, too, I didn’t want to sugar-coat it. There’s nearly always some kind of trauma in the background. It was always going to be tricky to get readers to sympathise with Jimmy. But by the time I’d finished the book, I was pretty confident I’d done a decent job.” 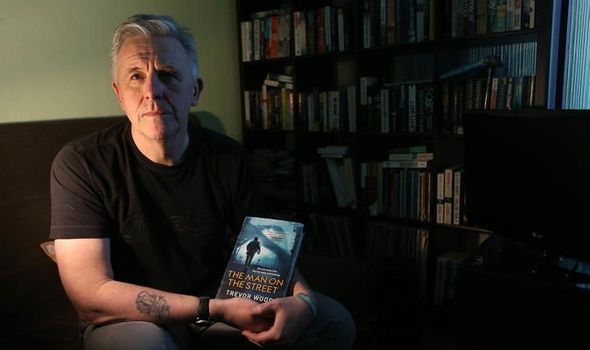 That early optimism was soon dislodged by a stack of rejection letters.

Some 30 publishers saw the early manuscript and the majority dismissed it outright.

“By and large they seemed nervous about having a homeless hero,” continues Trevor, whose wife Pam Briggs is a research professor at Northumbria University, while their daughter Becca is studying criminology in Vancouver.

“There was a reluctance to take a chance. One editor with Penguin was keen but couldn’t convince his acquisitions people. He asked for a rewrite, which took me three months and changed the book substantially, but he still couldn’t get it over the line.”

The writer, who lives in Newcastle and describes himself as an adopted Geordie, pauses then smiles: “Publishers always say they want something different… but obviously not that different.”

Fortunately, everything changed for the rewritten book and by the time The Man On The Street was finally published in hardback, at the start of lockdown, it was to a critical buzz, confirmed when Queen of Crime Val McDermid picked Trevor as one of her New Blood authors for last year’s Theakston Old Peculier Crime Writing Festival.

Other honours followed, including the New Blood Dagger from the Crime Writers’ Association and, last week, The Man On The Street beat Pointless star Richard Osman’s The Thursday Murder Club, one of last year’s best-selling titles, to claim the Specsavers Debut Crime Novel Award of the year gong. Pleasingly, Trevor is also long-listed for this year’s Theakston Old Peculier Crime Novel of the Year, supported by the Daily Express. 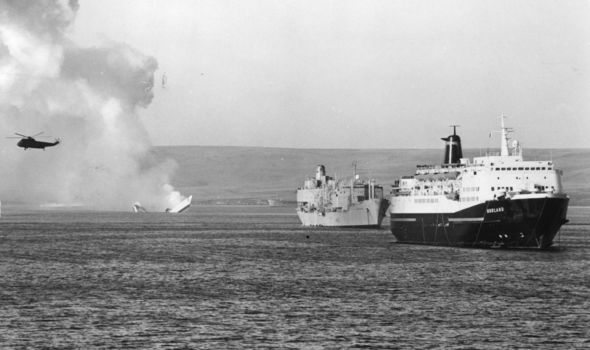 We are talking about his Jimmy Mullen sequel, One Way Street, out today. It’s another gritty, sometimes uncomfortable read, a fast-paced thriller that sees the ex-Navy cop investigating a missing person amid an epidemic of synthetic street drug Spice.

Trevor has seen first-hand the damage the drug can do. “It’s certainly prominent in Newcastle. I haven’t been to Manchester for about a year but last time I was there it was astonishing,” he says. “It’s frightening when you see people on it, they are just immobilised, almost like human statues. It started off as a legal drug and, because of all the permutations, governments have struggled to catch up.”

Since writing about Jimmy, Trevor works a day a week at The People’s Kitchen, Newcastle’s inspirational homeless project.

“It’s incredible, it’s entirely volunteer-run, nobody gets paid, but they manage to feed 200 people every single day of the week as well as providing toiletries, clothing and support, without any public funding,” he explains. It’s a way of giving something back, but also lends his writing an authenticity.

“We used to feed 100 people a day before lockdown… it’s now 200,” he adds. “We don’t look for qualifications or identity for people who come to eat. So they might not be homeless, they might be impoverished and hungry.”

Having already enjoyed at least three successful careers – 16 years in the Royal Navy, then as a journalist and press officer and, finally, co-writer of 10 plays – Trevor remains sanguine about his current cachet. 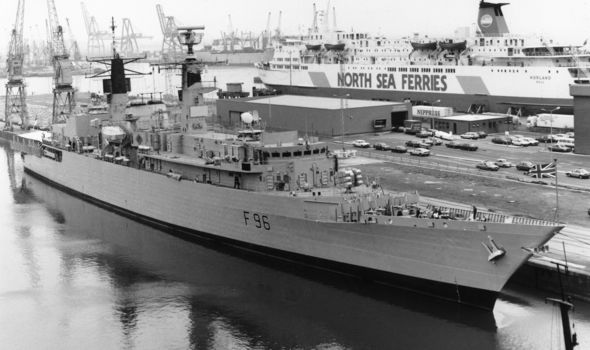 “I was 61 when The Man On The Street was published,” he laughs. “Coming in at that age is different but I look like loads of other crime writers – white, male and middle-aged – they’ve just been around longer.”

Born in Bristol, he moved to the East Midlands aged seven where his dad worked as a storeman for Rolls-Royce. After leaving school with two O-Levels in English and maths, he agreed to join the Royal Navy with a friend.

“We made a drunken agreement that we’d both sign up. I did and he didn’t, but it turned out to be perfect for me,” he says. “Believe it or not, I was a Writer. It’s the oldest branch of the Royal Navy, tracing its roots back to Samuel Pepys, a combination of finance, human resources and office work.

“I was like a poster boy for the Navy – go all over the world and do lots of sport. I loved the work-hard, play-hard mentality. It was almost a lifestyle motto. You’d go out drinking until the early hours and the next day you’d be in the gym sweating it out.

“My first ship was HMS Falmouth, which went on a nine-month round-the-world deployment. Some of my mates were trawling around Scotland and the Gulf but I was swanning around the Far East. My second ship, HMS Bristol, was a training ship.

“Every couple of months, we’d take on a couple of hundred trainee officers and go off to the Mediterranean for two months.”

Rising through the ranks from Writer to Chief Petty Officer Writer, ultimately promoted to Lieutenant before his retirement, Trevor had been in the Navy for four years by the time of the 1982 Falklands War. “I was expecting to be sent down there but it never happened,” he says.

“I had a lot of friends who were in the Falklands, which is where some of Jimmy’s backstory comes from. Ironically, nobody joined up when I did and expected to go to war. The Navy hadn’t been involved in anything except the Cod Wars for 20 or 30 years.” 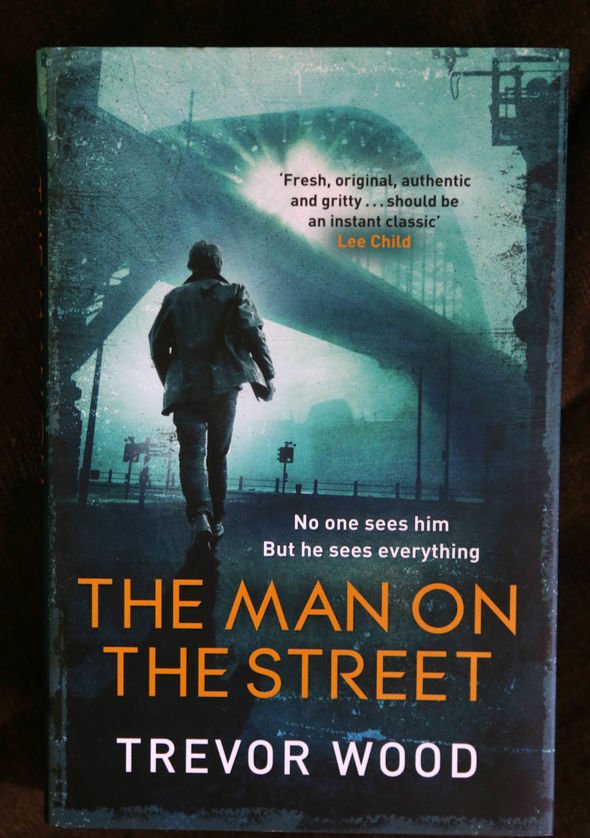 Unsurprisingly, in writing Jimmy, Trevor called upon his own experiences and those of his friends. His hero’s recurring nightmare of watching friends and comrades killed when his ship is destroyed – which triggers dreadful PTSD – was loosely based on the sinking of HMS Ardent.

Trevor’s boss on HMS Bristol, Captain Alan West, later First Sea Lord, had commanded the Type 21 frigate and was the last man overboard when she was hit by Argentine bombs on May 21, 1982, at a cost of 22 British lives.

Trevor also drew heavily upon The Veterans’ Survival Guide, written by ex-tank commander Jimmy Johnson, who served in Aden and then Northern Ireland, where he was Mentioned in Dispatches for trying to save a woman’s life after a horrific bomb attack.

“I first read about Jimmy Johnson in the Big Issue,” says Trevor. “He was a soldier who did two tours of Northern Ireland, saw some hideous things and had dreadful PTSD, so much so that he’s now serving life in prison for murder which he committed during a flashback and which he has no recollection of. He woke up next to a body.

“He urges people to get treatment but most servicemen don’t because they are trained to cope. Encouragingly, I’m now in touch with Jimmy through a prison visitor. It’s hard to get crime books to serving prisoners but I sent him The Man On The Street and I believe he’s now read it and is happy with my portrayal of PTSD.”

Jimmy Mullen’s former role in the Navy developed quite accidentally.

“The only real naval police on a ship are the Regulating Branch,” says Trevor. “They’re not exactly naval police. If you’re ashore you have Ministry of Defence police. The Regulators are there to maintain discipline at sea rather than investigate serious crime. But they would also interview folk who get into trouble so I used that in Jimmy’s backstory.”

Having left the Navy and worked as a journalist and spin-doctor for Newcastle council, he subsequently co-wrote a series of hit plays including Dirty Dusting and Waiting For Gateaux with Ed Waugh.

Then in 2015, looking for a new challenge, he spotted an advert for the University of East Anglia. The prestigious Norwich-based institution, famed for its creative writing course and Booker Prize-winning alumni including Anne Enright, Ian McEwan and Kazuo Ishiguro, was launching its first ever MA in crime writing.

“I thought, ‘I’ve got to go for that.’ It was part time, only three weekends a year residential, so it wasn’t like I had to move to Norwich,” Trevor recalls. Of the 11 would-be writers on that auspicious first course, five are now published authors. After just two days in the classroom, the group had three hours with Jack Reacher superstar Lee Child.

“As a bit of inspiration to start you off, that was fantastic. The whole point of the course was to deliver an 80,000-word crime novel. That’s where I developed The Man On The Street.”

In another twist, Child would provide the cover blurb for The Man On The Street, branding it an “instant classic”. A view accorded by readers and critics alike.

With the third, concluding, instalment of Jimmy’s story, provisionally titled Dead End Street, complete, Trevor is now working on a standalone book. When he gets stuck he goes running. “I occasionally have a ‘what the hell happens next moment?’” he admits.

“When that happens, I go jogging. I usually return with half a dozen ideas, and there’s always one or two that move things on. It’s win-win because thinking about the plot helps me forget how much I dislike jogging. It’s also a necessary habit when you spend your time sitting at a desk with a very handy fridge downstairs.”