From the start, it’s clear that “Ordesa” will be a variation on the autobiographical novel: The narrator — or speaker, or confessor — is a 50-ish Spanish writer named Manuel, who, living alone in his Zaragoza apartment, contemplates what he’s lost. The list may not be long, but it cuts deep. His father died a decade ago, his mother the previous year. Heavy drinking and an affair have ended his marriage, and his two teenage sons have turned their attention elsewhere, even during the rare times they visit.

But this novel is something else, too, something undefinable, amorphous. Manuel Vilas writes both novels and poetry, and this book falls somewhere in between. It’s a meditation on yearning, solitude and self; a soul storm, a mirage of phantom figures — resurrected images of dead ancestors, childhood memories, the changing face of Spain itself. And all of these visions come in waves to Manuel after his parents’ deaths, as he struggles to make sense of his own midlife sorrow and emptiness. It’s a book of deep reckoning — of the meaningful and mundane — but written with an airy, even whimsical touch.

“Everyone loses their father and mother — that’s just biology,” Manuel says early on. “But I’m also obsessing over the dissolution of the past, and thus its ultimate inexpressiveness.” Alone and adrift, Manuel shuffles back and forth to the supermarket, makes the odd trip to Madrid for an exhibit or a book event. Mostly, though, he putters around the house, gazing at the furniture and childhood keepsakes that still thrum with memories. An inner voice carries on a searching conversation with his younger self and the spirits of his parents. When he looks in the mirror, he contemplates his distant, enigmatic father in his reflection. 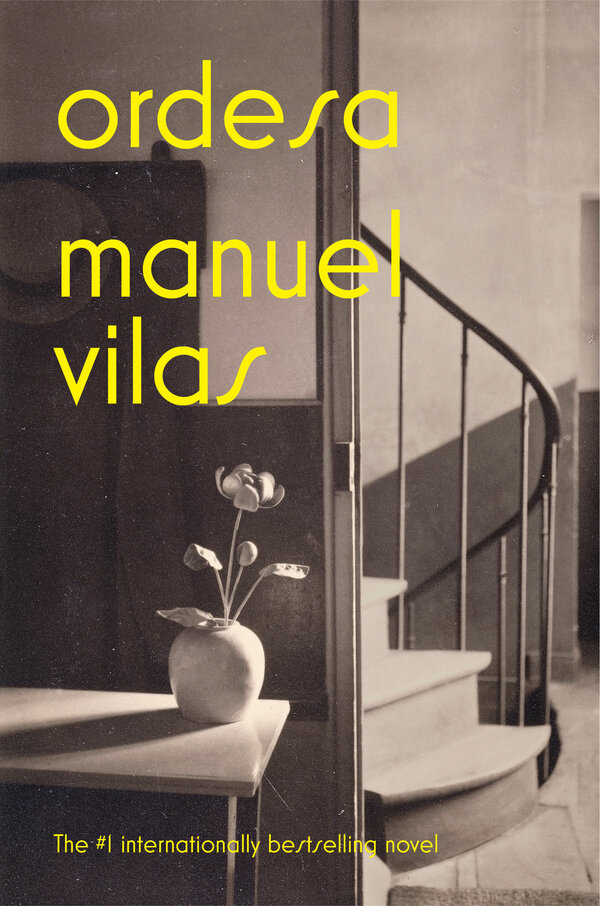 Manuel’s father is not the only blind spot in this book. Both sets of grandparents exist in the hazy realm of hearsay for Manuel, in a family prone to silence and disappearance. (Photographs are sprinkled throughout the text, prompting one to wonder if they are of the author, or if it even matters.) Manuel’s family is rooted in the Spanish peasantry and lower middle class, a largely anonymous world of “barns, poverty, stink, alienation, disease, catastrophe.” During his childhood in the 1960s and ’70s, however, a sense of material progress suddenly infected Spain, epitomized by sporty cars, dishwashers, TVs and stylish suits.

A traveling salesman when not out of work, Manuel’s father, in fact, delivers fabric to the suit-making tailors across the provinces of the northeast. His mother, a compulsive smoker and sunbather, revels in her trips to the hairdresser and local swimming pool. Both are eccentric nonconformists in Franco’s Spain, oblivious to the Catholic Church and affiliations of social class and politics. His mother is especially prone to self-invention, embroidering stories and shrouding herself in mystery. “My mother was a chaotic narrator. As am I,” Manuel admits. “I inherited narrative chaos from my mother.”

“Ordesa” does, indeed, feel skittish and fragmentary, and that’s also part of its charm. (It became a best seller in Spain, where it was published to acclaim in 2018.) The revelations come to Manuel in bursts, lucidly captured in Andrea Rosenberg’s sparkling translation. Chapters follow one another quickly, teasing out half-repressed memories and truths, often capped by abrupt, one-line epiphanies. Despite the melancholy at its heart, this is ultimately a book of light — of sunlight streaming through Manuel’s ghost-filled apartment, of magical summer holidays in a place called Ordesa in the foothills of the Pyrenees, of the lost paradise of his parents in the flush of youth.

“Yellow is the visual state of the soul,” Manuel thinks in a typical rush of language. “Yellow is the color that speaks of the past, of the disappearance of two families … of the sadness of never seeing your children, of Spain’s fall into Spanish miasmas, of cars, of highways, of memories, of the cities I lived in, of the hotels I slept in — yellow speaks of all that.”

This book, like the color yellow, radiantly evokes both a golden age and its slow deterioration.