It’s no secret that STARZ show producers Ronald D. Moore and Maril Davies have switched up some of American author Diana Gabaldon’s plot beats to translate the weighty Outlander novels to the screen.

One of the biggest of these changes was the importance of Murtagh Fitzgibbons Fraser (played by Duncan Lacroix) in the show.

In the books, the gruff Highland warrior still had a connection to his godson Jamie Fraser (Sam Heughan), but the pair’s lives remained on the periphery of each other.

In the series, Murtagh was quickly cemented as Jamie’s greatest confidante, and his role only continued to grow as the series went on.

In season two, Jamie and Claire (Caitriona Balfe) travelled to France with the Scotsman, and made the monumental decision to tell Murtagh Claire was actually from 200 years into the future.

What’s more, while in the novels Murtagh died at the brutal Battle of Culloden, the series decided to play things very differently.

The character ended up at the same Wentworth prison as Jamie, and later popped up again in North Carolina after he and his godson were split up for years.

But luckily, despite having a much-reduced role in the books, Murtagh still had one of the biggest and most important moments when he appeared in the woods at the precise time Claire was about to be either raped or killed by Black Jack (Tobias Menzies).

Perhaps this was actually the moment that propelled the producers to make Murtagh one of the most important people in Jamie’s life?

It’s almost quite surprising the author decided to give Murtagh such a major role in the first novel, but gradually decreased his importance as time went on. Had she meant for the Highlander to be more involved at first? 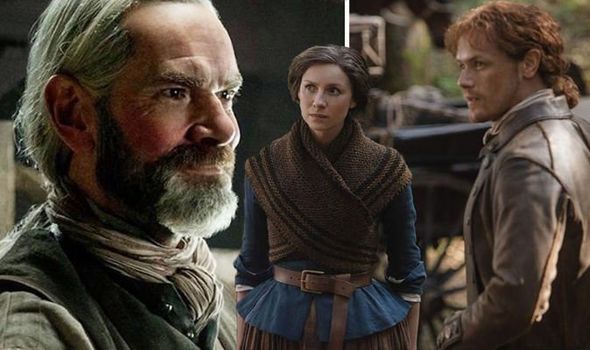 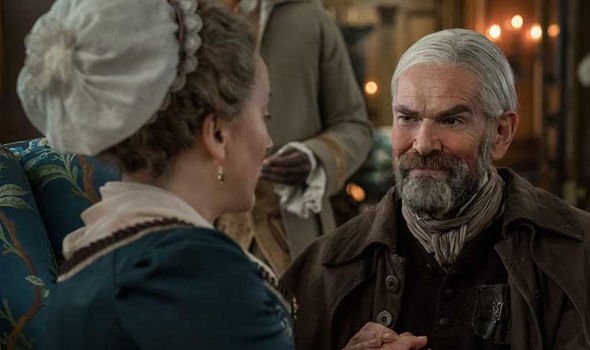 Outlander book nine is due to be released in 2020

In the book, Murtagh appears to be protecting Claire from the beginning, even when Dougal MacKenzie (Graham McTavish) is questioning him.

“’Where did ye find this lass’ he demanded, swinging round on Murtagh, who was refreshing himself from a leather flash.

“The swarthy little man shrugged. ‘At the foot o’ Craig na Dun, Dougal. She was havin’ words with a certain captain of dragoons wi’ whom I chanced to be acquaint’,’ he added, with a significant lift of his eyebrows.

“’There seemed to be some question as to whether the lady was or was not a whore.’”

If Murtagh had been a selfish opportune man, he would have figuratively thrown Claire under the bus, simply declaring her as a whore to Dougal and probably as a result sending her into the lion’s den. 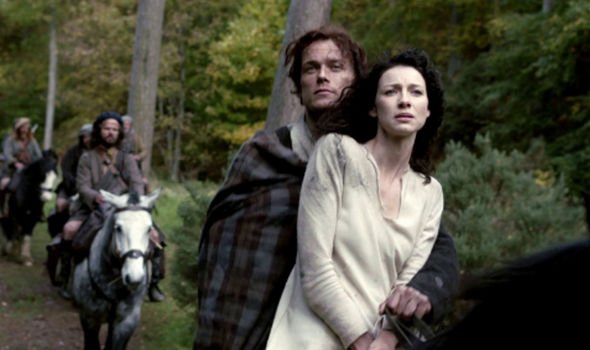 But even from the very first instant, Murtagh was showing his kindness and honour in the books.

So it seems the producers made the right choice to bump up the Highlander’s status in the show, as he’s proved an impressive ally for Claire and Jamie along the way.

In book nine, Murtagh is long dead, so fans can’t hope to see him resurrected when Go Tell the Bees That I Am Gone is released.

But the show continues to place the character right in the middle of the action, including an inevitable stand-off between him and Jamie in season five. Will Murtagh continue to escape danger?

Outlander book nine is is expected to be released in 2020.