Prince Philip: Attenborough on Duke's time in the Navy

The Duchess of Cornwall’s Reading Room launches its next season on Monday with her husband selecting the first five books. The Instagram page features recommendations alongside exclusive interviews with authors and promotes Camilla’s work with the National Literacy Trust. The charity works with schools to help disadvantaged children improve and develop reading skills. All of Charles’ book selections hold personal meaning to him, but one, in particular, has a special connection to his father.

Each day next week, Camilla will post one of her husband’s selections, starting with Along The Enchanted Way, written by Charles’ friend William Blacker, an architectural conservationist who lives in Romania.

The second book is by another friend Jonathan Dimbleby, who previously wrote Charles’ 1994 biography, The Prince of Wales: An Intimate Portrait. For the book club, Charles has chosen Dimbleby’s World War 2 history, The Battle Of The Atlantic. The author has written a series of books on the global conflict, including 2021’s Barbarossa: How Hitler Lost The War.

But Charles’ choice focusses on the critical importance the navy played in allowing the Allies to keep fighting the war on so many fronts.

READ MORE: Prince Charles ‘seemed to be taking a different path to Harry in how he defended Meghan’ 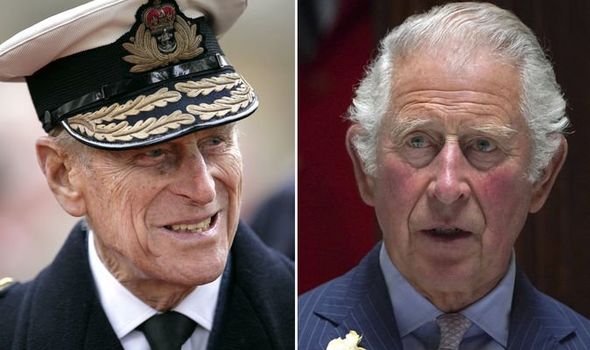 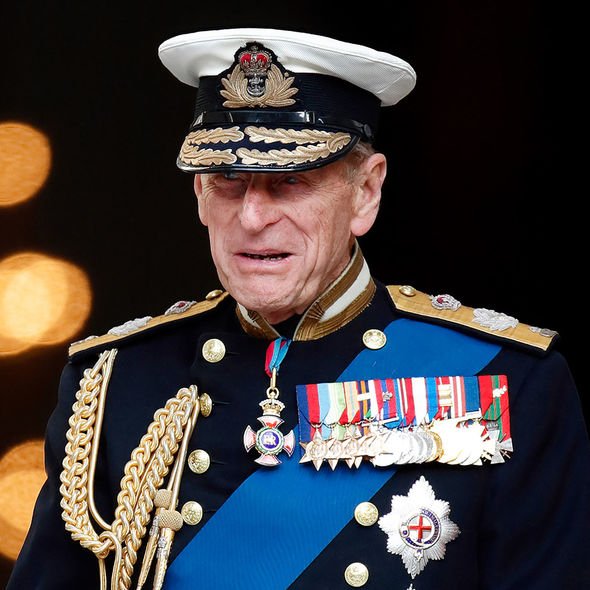 His father, of course, served the Royal Navy with distinction throughout World War 2.

It is widely acknowledged that it was a blow to Prince Philip when he had to step back from active military duty upon the sudden death of King George VI and Elizabeth’s ascension to the throne.

The prince’s lifelong dedication to the armed forces, and especially the navy, was honoured after his death. At his funeral on April 17 this year, a naval sword was placed on top of the duke’s coffin. It had been a wedding gift from George VI. His military service was also marked by a wreath, his naval cap and personal standard. 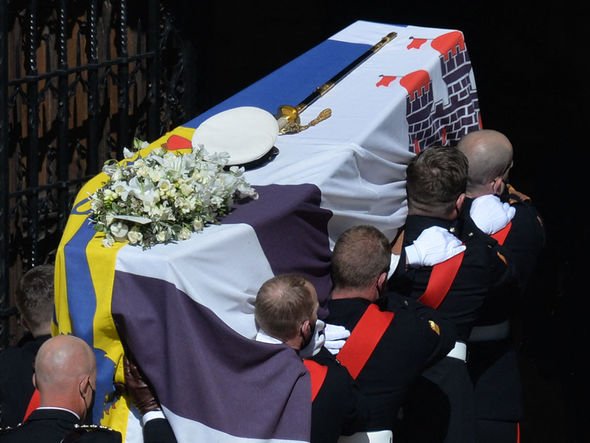 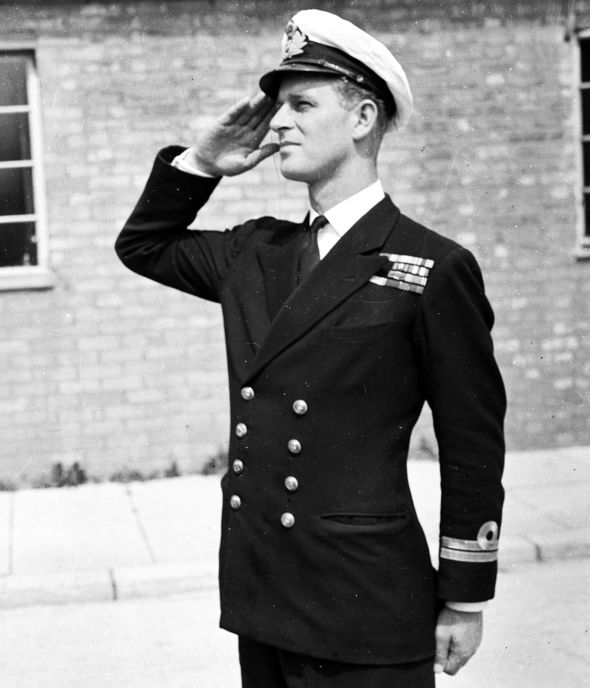 In 2011, The Queen appointed Prince Philip Lord High Admiral on his 90th birthday. It was a largely ceremonial honour but senior military figures confirmed over the years that he would have attained the highest positions on his own merits had he been able to stay in active service.

Prince Philip’s World War 2 record was evidence of a fast-rising young officer who was destined for greatness. He graduated from Dartmouth military College in 1940 at the top of his class and was appointed midshipman on the HMS Ramilies in the Indian Ocean, tasked with protecting Australian vessels.

It was his transferal to the Mediterranean fleet, however, that saw his career progress as he stepped up as sub-lieutenant of the battleship HMS Valiant. During the Battle of Cape Matapan from March 27-29, 1941, Philip controlled the ship’s searchlights and was highly commended.

Two swift promotions the following year were justified when his quick thinking saved an entire ship from destruction under enemy fire. 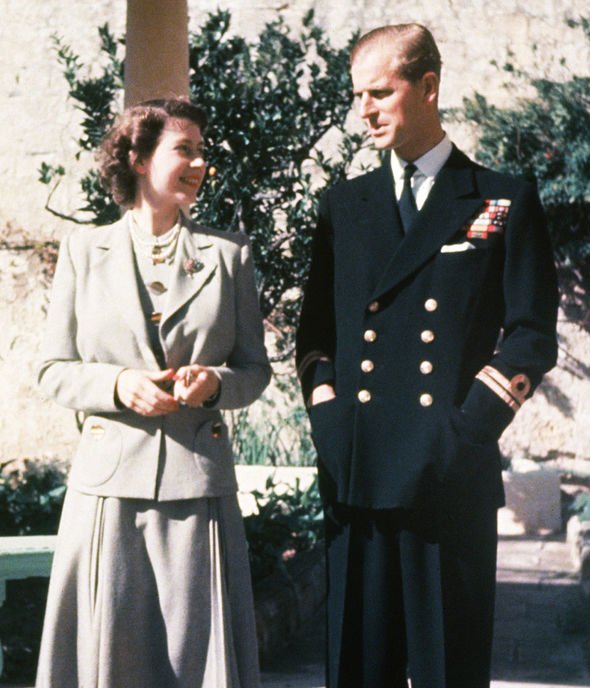 In 1942, Philip was transferred to the HMS Wallace, a smaller flotilla vessel, where he was promoted to lieutenant and then first lieutenant, one of the youngest on the Royal Navy.

The Wallace took part in the 1943 invasion of Sicily where it came under heavy bomber fire during a nighttime raid. Philip launched a raft laden with smoke floats. The canisters emitted a wall of smoke and floated away from the Wallace, allowing it to sail away unscathed.

The prince’s final deployment saw him transferred nack to the Pacific Fleet, onboard the HMS Whelp.

Following the war, Philip was an instructor at the HMS Royal Arthur, the Petty Officer school in Wiltshire, before being posted to Malta with his new wife in 1949. On July 16, 1950, Philip was given the rank of lieutenant commander and his own ship, The HMS Magpie. 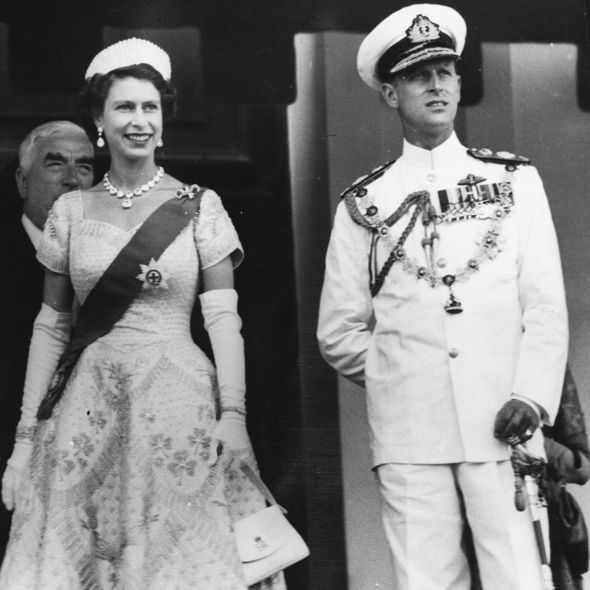 Prince Philip ‘could have been head of Navy’ reveals royal expert

The time in Malta was reputedly one of the happiest periods for both Philip and Elizabeth. He was able to pursue his own career and she was able to enjoy a relatively anonymous and non-royal life as an officer’s wife.

The failing health of George VI recalled the couple back to royal duties, first to undertake a royal tour of Canada and then to sit on the Privy Council. Philip’s active military career was officially over.