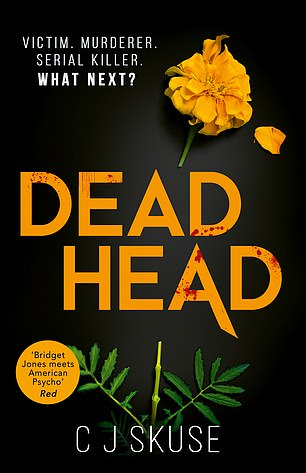 Skuse has been creeping up the bestseller charts with her anarchic thrillers about Rhiannon Lewis, a politically incorrect serial killer who makes hilarious kill lists the way Bridget Jones used to list the calories she’d eaten.

Think Bridget meets Killing Eve — only with better jokes. Here, Rhiannon is on the run on a cruise ship, after a killing spree and abandoning her new baby.

The voyage gives Skuse perfect material for death lists and the story is punctuated with very relatable ones (eg ‘Davina McCall. You’re fit. We get it.’). Sounds crazy and it is.

There’s dark humour and bad language but written with a poetic verve that plays with words rather than making them offensive. There’s barely a paragraph that doesn’t have a laugh-out-loud observation, like the man with trousers so tight you can see the dead presidents on his pocket change. Read her before Netflix snaps her up.

CAN YOU SEE ME NOW? 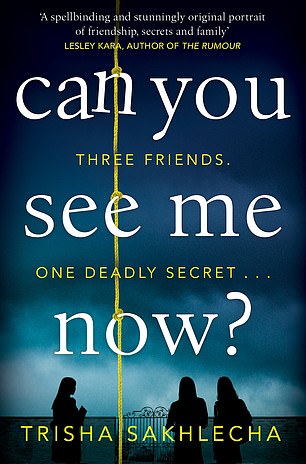 Alia is the youngest member of the Indian cabinet. She has secrets that date back to friendships at a top school where, despite being decidedly uncool herself, Alia became best friends with the coolest girls there.

That is the key to secrets that threaten to reverberate for all three, Alia in particular.

The story benefits from being told in multiple timescales. We first meet Alia when she is about to give a speech having just heard her political mentor has died. His death is pivotal to a well-paced plot that provides an insight into the Indian political system.

Sakhlecha is excellent at creating atmospheres, whether it’s the dark, gossipy rivalry at the posh school or the raw power-play of Indian politics. Alia believes grief binds people together in a way that joy never can, and that theme permeates this moving tale.

Evelyn Caldwell is a brilliant young scientist who invented a way to programme the personalities of clones. It all gets a bit personal when she discovers her husband, Nathan, is having an affair with Martine, a clone of Evelyn — but with all her flaws eliminated.

Unsurprisingly, Nathan soon leaves Evelyn for Martine. But the drama really starts when Martine phones Evelyn asking for her help because Nathan is dead.

The developing relationship between the two is the most intriguing storyline.

In some ways this book is an update of The Stepford Wives.

The background science is well-researched. But the plot lacks the spark that made Stepford Wives such a classic.