Sally Rooney and Love in the Time of General Systems Collapse 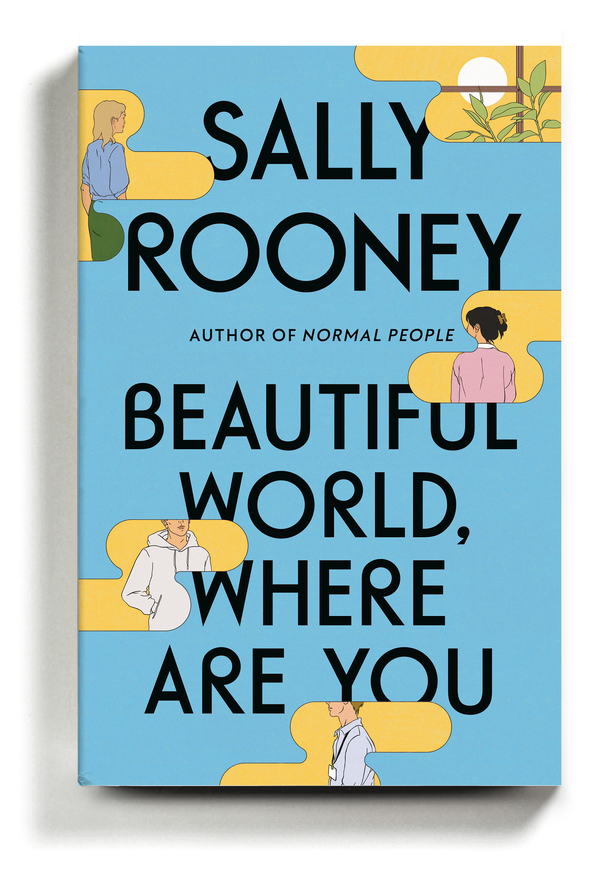 It’s very Gen X to complain about stardom, to make a show of resisting it. A bit ironic then, if understandable, that the Irish novelist Sally Rooney is chafing at her fame. If you read only glancingly about literary culture, you could be forgiven for thinking that she is less a writer than a piece of $20 avocado toast, an excuse for people to express bafflement at the very idea of millennials and what they might be after or up to. Generational profiles often have broad truths to offer, but Rooney’s youth (the author of “Conversations With Friends” and “Normal People” is just now 30) seems to have short-circuited many observers. The discussion around her can feel so extraliterary that it’s easy to lose sight of what she does well on the page, which is quite a bit.

Rooney’s third novel, “Beautiful World, Where Are You” (the phrase’s provenance dates to an 18th-century poem; it’s still a terrible title), is about four people, first among them Alice Kelleher, a clear stand-in for the author. Alice has written two novels, become unexpectedly rich and famous from them, and has moved into an old rectory in a remote town, looking for solitude after a stay in a psychiatric hospital. On a Tinder date in the opening scene, she meets Felix, a local warehouse worker.

The novel’s third-person narrative alternates with email exchanges between Alice and her friend Eileen, an editorial assistant at a literary magazine in Dublin. Both women are 29. Eileen is obsessing about an ex-boyfriend, and also possibly kindling a romance with Simon, an Oxford-educated political adviser she’s known since childhood. Simon is five years older than Eileen; when she was a child, he loomed unreachable in her affections.

[ Read our profile of Sally Rooney. ]

The bond between Alice and the spiky, decidedly unliterary Felix might flummox. She explains it to Eileen by saying that “our lives have been different in basically every respect,” but “there’s a lot we recognize in one another.” Alice is, like many of Rooney’s characters, both confident and self-hating. “You must think you’re very special,” Felix says to her at one point very early on. She does and she doesn’t. The same night Felix says this, Alice impulsively invites him to join her on a publicity trip to Rome. Her tolerance of his antagonism reinforces the sense we have of her unease about the life and work she’s built. “Might as well hear what your books are about,” he says before attending one of her author events, “seeing as I’m not going to read them.”

In scenes driven mostly by talk and those emails, Rooney’s characters chew over the ubiquity and ethics of pornography, the thriving industry of public contrition and forgiveness, the framework of victims and oppressors in identity politics.

But despite spirited inquiries into these subjects, Rooney’s fiction to this point remains philosophically anchored in the realms of friendship and romance. Alice doesn’t love this. We care, she writes to Eileen, “whether people break up or stay together if, and only if, we have successfully forgotten about all the things more important than that, i.e., everything.” And in case you think you have the drop on Rooney — ahem, Alice — the next line is: “My own work is, it goes without saying, the worst culprit in this regard.”

Alice is a more obvious avatar for Rooney than Eileen, but it can feel as if the author, a former debate champion, is having Socratic conversations with herself through the correspondence between the two. In response to Alice’s note about love stories, Eileen writes: “We can wait, if you like, to ascend to some higher plane of being, at which point we’ll start directing all our mental and material resources toward existential questions and thinking nothing of our own families, friends, lovers and so on. But we’ll be waiting, in my opinion, a long time, and in fact we’ll die first.” And this, she says, is a good thing: “It’s the very reason I root for us to survive — because we are so stupid about each other.”

Though people might crave to parse or market the voice of a generation, Rooney is up to very old-fashioned things. Alice and Eileen’s emails are digital, but as the equivalent of 15-page handwritten letters they feel downright anachronistic.

When Rooney does write about social media and texting, their presence is perfectly organic, and she’s smart about their texture and effects. At one point, we’re shown Eileen checking her feeds: “Her expression, her posture, did not vary depending on the information she encountered” while scrolling. “Nothing changed in her outward relationship to the world that would allow an observer to determine what she felt about what she saw.” Or, as an earlier generation might have put it: Earthquakes and dog pics, same diff.

In a novelist’s hands, as in real life, technology is what one makes of it. It’s difficult to sell “actual lol” as a brutally emotional and telling line, but Rooney does, capping off a testy text exchange between Eileen and her sister.

Rooney’s people are reflective of their time and milieu — like most convincing characters — and it’s true that some of their qualities will be perplexing to those north of 40. One of these qualities is a generalized concern more earnest and unremitting than any radicalism in living memory. They can’t walk into a convenience store without thinking of “the culmination of all the labor in the world, all the burning of fossil fuels and all the backbreaking work on coffee farms and sugar plantations.”

Rooney is by all accounts plenty earnest herself, but she has the necessary gift of complicating that — even poking fun at it — in her work. In one scene, as the group is about to enter a party to meet Felix’s friends, he turns to everyone and says: “Now just be normal, all right? Don’t go in there talking about, like, world politics” and stuff like that. “People will think you’re freaks.”

In all three of her novels, Rooney writes directly, convincingly, hotly about sex. These scenes arrive with such well-timed frequency that “erotica” doesn’t seem an unfair subcategory for the books. Much of the power in these scenes — and the talkier ones — arises from their riskiness. Impassioned, intellectual 20-somethings discussing their vexed feelings for one another is a road made mostly of potholes. Rooney avoids almost all of them. The fact that her characters speak and feel the way they do while rarely making the reader feel embarrassed for them is an achievement. It’s an uncomfortable line to toe, but Rooney succeeds by standing so close to it.

In the 1997 essay “The End of the Novel of Love,” Vivian Gornick persuasively argued that love as a theme no longer had the ability to undergird fiction. This was, in part, because there were fewer complications to it, not as many obstacles to people loving (or stopping loving) however and whomever they wanted. But for Rooney’s characters, that’s the complication. They live in the rubble of love’s conventions and much else. Referring to an article she read about the Late Bronze Age, Eileen wonders if the world isn’t again on the brink of a “general systems collapse.”

“Traditional marriage was obviously not fit for purpose,” Alice writes to Eileen, “but at least it was an effort at something, and not just a sad sterile foreclosure on the possibility of life.” Alice and company don’t feel there’s anything they need to be or should be doing romance-wise, which makes their couplings even more difficult to decide upon or enact with any satisfaction. And this makes them surprisingly moving.

The novel’s thoughts on fame are among its least inspired. It’s easy to trust that fame is a deeply mixed blessing, but everything that rock stars (literary and otherwise) seem to have discovered about that fact is simple and repetitive. When Alice complains that she doesn’t see herself in the public’s image of her, it’s believable but in the way of a cliché.

Rooney might refine her inquiries into her own popularity over time, or she might just go on profitably writing about the questions that have paved the way to that popularity: “Have I hurt you, do you love me, will you always.”